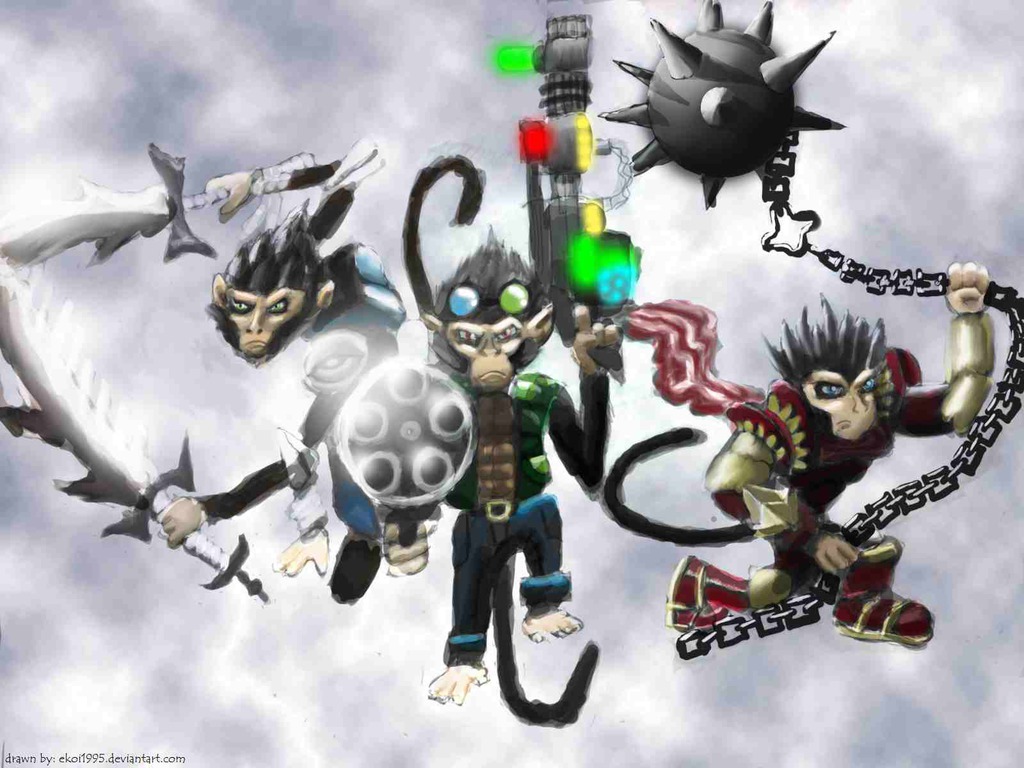 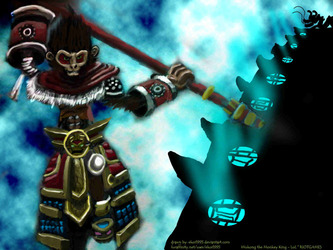 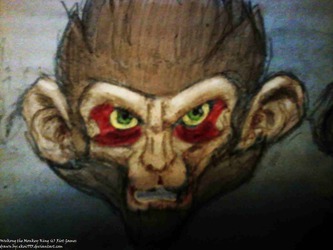 Hey guys! It's been a long time I haven't submitted a deviation. I've been in my grandparent's house which is in another province beside ours. There, I've seen my two cousins who are cousins too. In further explanation, the first cousin of mine is my father's brother's son and the other one is my father's sister's son. We three lived there for a week. It's been a long time I haven't seen them in a several years; and I can't believe we had so much fun that we have laughed all the week - day to night! We shared thoughts together, cooperated to mock our little cousin who is annoying too. :D Talk about games and movies. And went to computer shops and play online games. And yeah, much more.

Well, in one crazy day, we've thought to make a fursona and a story of the three of us. We can't think of an original style so we just decided it just to be an inspiration. And so here it is. The fursona of the three of us that looks like it is inspired by, planet of the apes, monkey quest, league of legends and warcraft III.