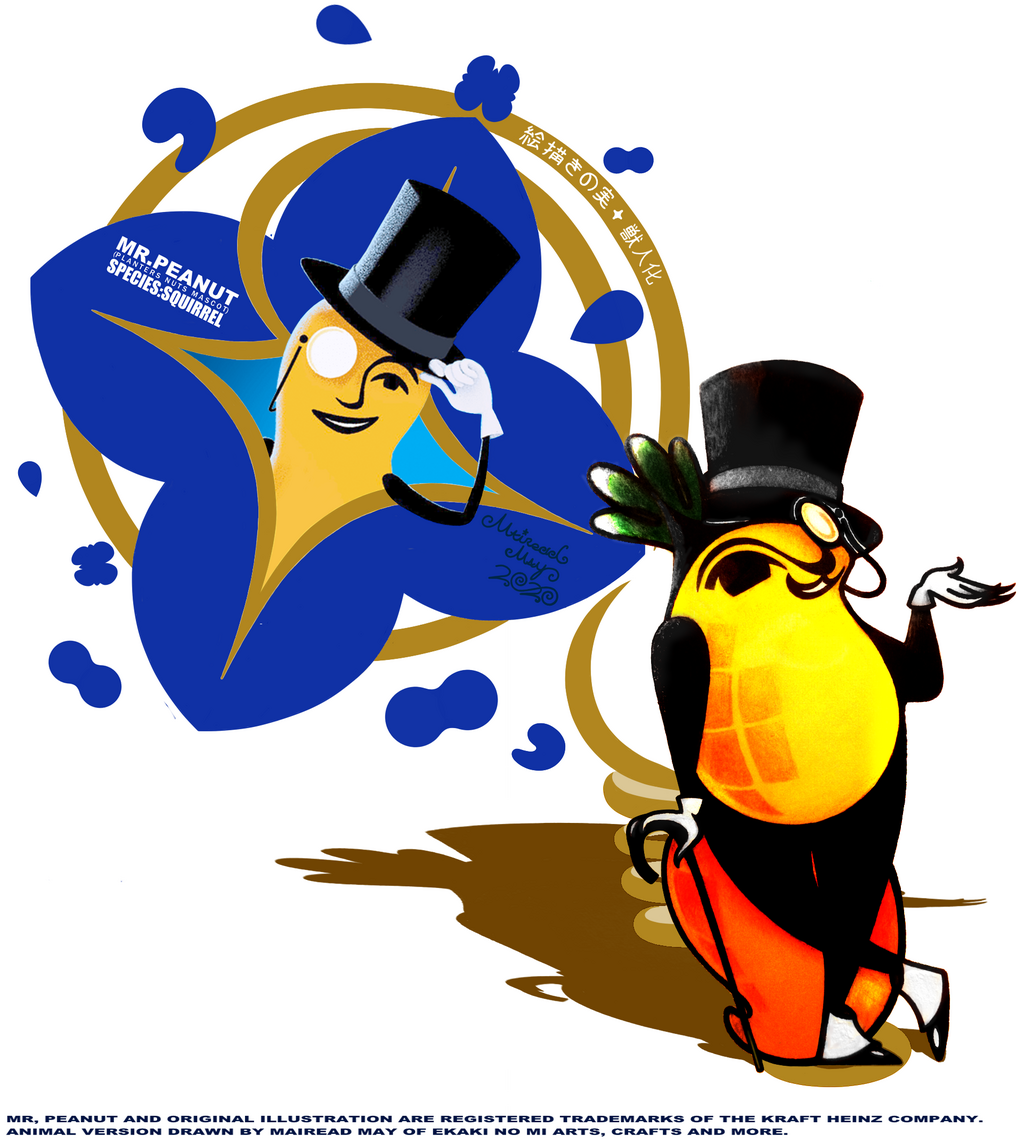 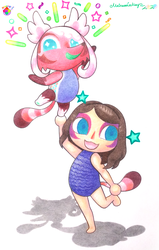 My first post in my first on-line collection of jujinka–a jujinka of my first and foremost favorite character yet, who lived his last day on January 22nd of this year, celebrated the first day of his new life on February 3rd, and is now celebrating the first day of his old life on April 20th (his official given birth-day prior to the whole death and rebirth scandal).

I’ll clarify: Planters, the famous snack nut company (and more specifically their mascot, Mr. Peanut) made head-lines this year for a very tongue-in-cheek (and head-in-clouds) ad campaign that Planters ran for Super Bowl LIV, where they depicted the iconic legume sacrificing himself to save his friends after a harrowing accident in the teaser commercial, tried to capitalize on his death on Twitter afterwards (only to halt the campaign 4 days later after the death of basket-ball legend Kobe Bryant and his 13-year-old daughter), and then brought Mr. Peanut back to life as a baby nut named..uh..Baby Nut…during the actual Super Bowl, via what else?…A magic tear from the…Kool-Aid Man… hitting the soil of…Mr. Peanut’s…….grave (cringes and wishes she were making this all up)

But, in a strange twist of fate, the campaign brought my attention to his original adult version, who sported a sleek and stylized CGI design in the commercial–a design which he had for two years prior, could mostly only be found on his official Twitter page, and that I found wildly attractive. After exploring every inch of said Twitter page, I now have a massive crush on the original version, pretend that the events depicted in the Super Bowl campaign never really happened, and feel delighted to present you this jujinka art–affectionately depicting him as a peanut-shaped squirrel with peanut leaves for ears–in honor of his official given original birth-day, April 20th! (That’s today!!)

I hope you enjoyed my first Jujinka, and if you’re interested in seeing how other characters look through this lens, please follow my page…or at least you could keep an eye on it...or not. Your choice!