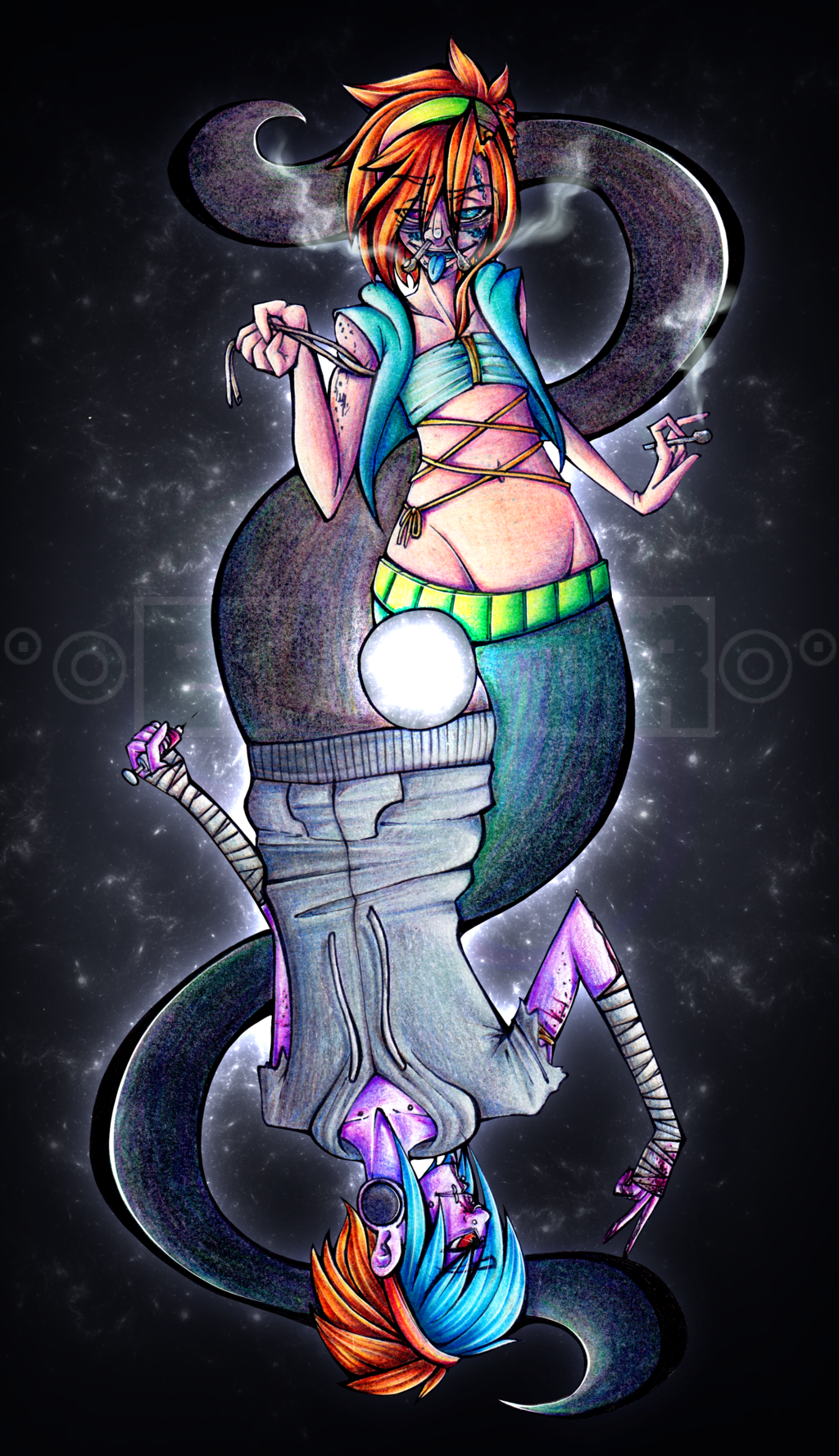 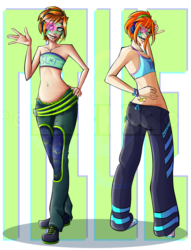 Hey all,
I was working on this shortly before the new year, but I finally got around to finishing it!
Niue and Allison are both drug addicts. This is something we all know by now if you've been paying attention to my descriptions. They're pretty much best friends, but they are definitely not good for each other at all. Allison was forced into a drug addiction after his alcoholic father failed to pay back Monstrum an extremely large sum of money from assisting his family in economic crisis. Allison resents himself for his own addiction and his father for the situation he and his sister were put in while growing up. He's consistently depressed and feels as though he won't be able to get himself out of the cycle he's stuck in.
On the other hand, Niue embraces the life he lives under the control of his Methamphetamine addiction. He constantly denies himself as an addict, claiming he can quit whenever he wants and simply chooses not to do so. He's a major tweaker and loves spending days at a time under the influence. Unlike Allison who uses multiple different substances, Niue's main choices consist of crystal meth, LSD, bromo dragonfly, and DMT. The drugs made him feel better about the gender dysphoria he had experienced for so many years, whether he admits it or not. He'll often exchange sexual favours for drugs in order to keep the monetary funds he had for himself. Niue has a strong influence on Allison, and when they're together they'll often consume more and higher doses of a wider variety of substances, and they'll go on long drug binges together.

Niue and Allison are original characters, canon to the Void 9 universe and story. All Rights Reserved.
Cyodai is an original alien species designed and owned by me. if you wish to make your own, please note me. Thanks!
Drawing © EhX-KoR

My art style is not anime, please do not confuse it as such, thank you ^^