Most recent: Skunk Scout: Before and After by Kazen101 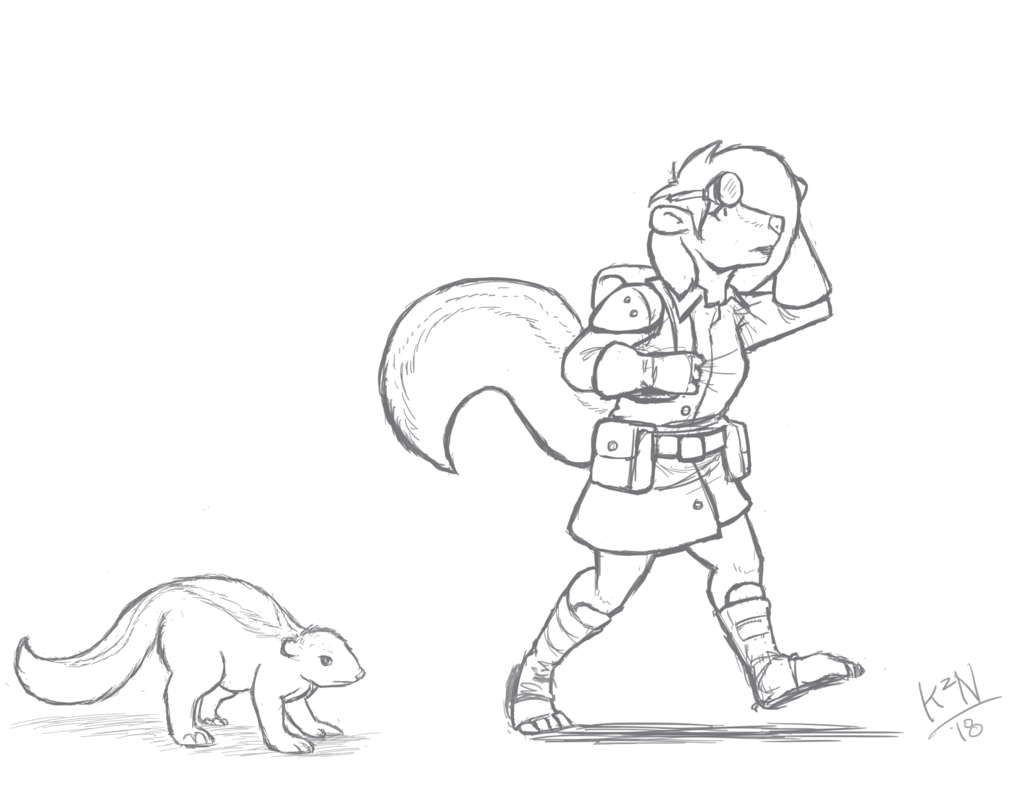 We already have a teaser trailer for Zootopia and the picture released earlier came from it. Makes sense.

This trailer explains the world of the film and what anthropomorphic animals are. I know some of you are baffled by this lession, especially since anthropomorphism of non-human things has existed since prehistoric times, but I think I know why they did this. Usually, anthros are potrayed as humans in animal costumes. With this trailer, it shows that despite the fact these animals live like humans, they are still animals with abilities and features humans don't have.

Speaking of animals, I love the character designs. I have seen Cory Loftis' work online and his style shows through on some of these background characters. The Robin Hood method really was the way to go because keeping the body shape and size of these animals makes it visually unique.

I also noticed the female characters didn't have breasts. So how could I tell? By their clothes and eyelashes. See, furries? It can be as simple as that.

I'm especially impressed with how they handle hooved animals. Outside of the furry community, they usually just keep the front hooves unchanged. Here, not only do they give them three fingers hands but they also made their hind legs plantigrade with feet that end in hooves instead of toes. That's what I usually ask for when I get commissions of hooved anthros.

Some have complained that this only shows anthro mammals. In fact, the word "mammal" has specificly been used in promotions including the teaser trailer. This leads me to belive that we will only see mammals and no other kind of anthro animals. They may have done this for a few reasons and I can think of one: food. There has always been the problem of Carnivore Confusion and I have seen it handled in different ways. Here, if there are only anthro mammals in Zootopia, that means the menu is open for birds, fishes, insects, etc. Or I could be totally worng.

Since they made it clear this is a world where humans never existed, kudos for not including any domesticated animals. Well, maybe they did by accident but no obvious ones like dogs and cats.

Finally, it seems Nick and Judy will be fun characters. This has to be some of the best CGI animation I have seen on animal characters, especially with how expressive they are. I also love the animal tics like Judy's twitchy nose and flicking ears.

I am looking forward to this movie. It may bring in some interesting people into the furry fandom.