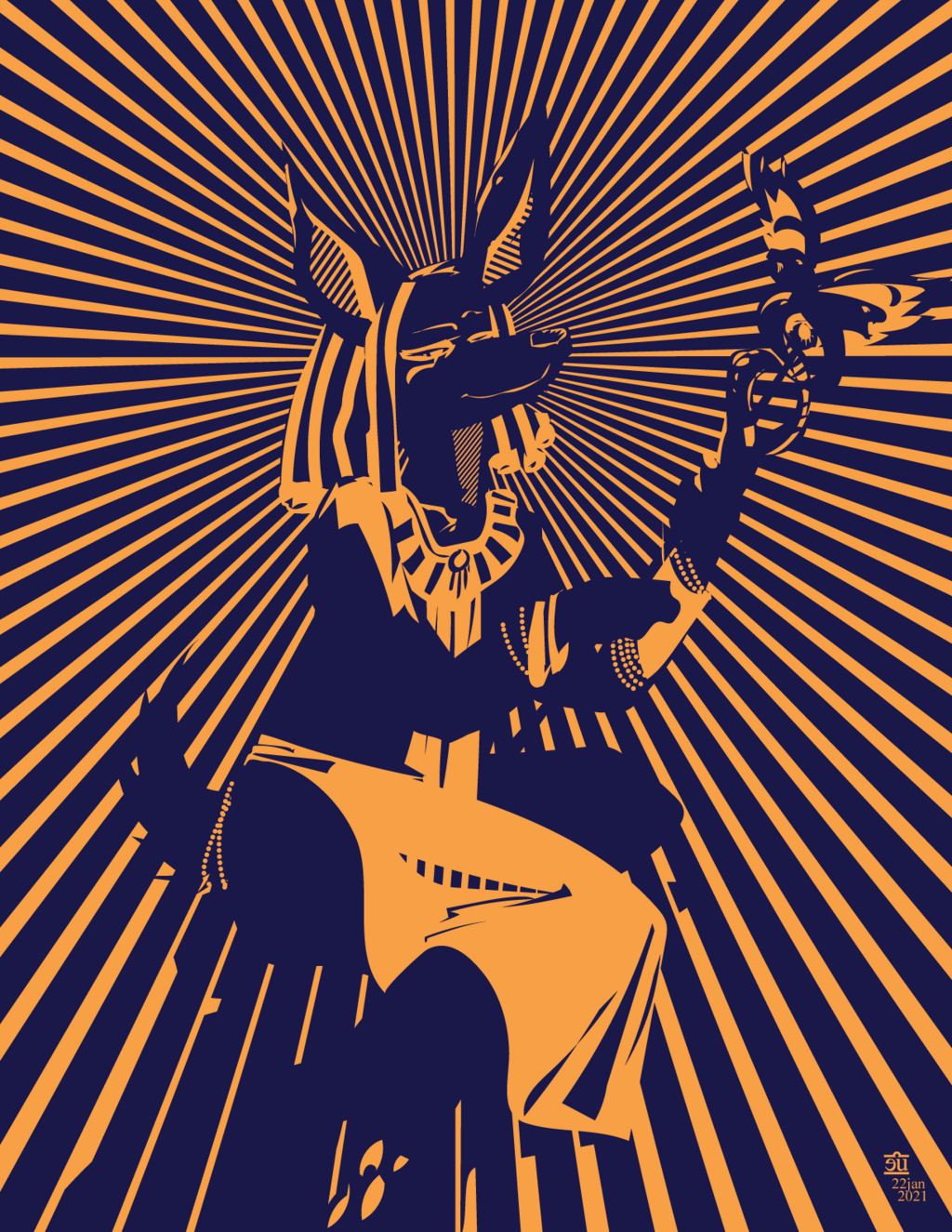 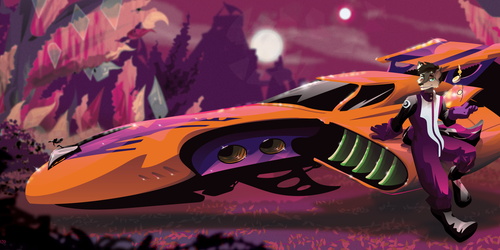 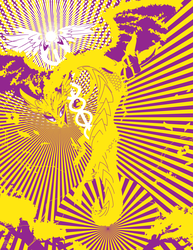 Hermanubis is a Greek deity who is somewhere in the space between Hermes and Anubis in their roles as psychopomps, which is a fancy word for "the nice guy who shows up after you die and gently leads you to the underworld".

Both of them have other jobs - Hermes deals with commerce, transmission of knowledge, speed, travel, thieves, and sleep, while Anubis is a bit more focused, with responsibilities like ruling the land of the dead before his brother Osiris took over, mummification, and presiding over the judgement of your soul. But Hermanubis is where they blur together into one slightly saucy jackal dude, who definitely shines with the dark light of the Underworld rather than the bright light of Divine Knowledge. He's still a beacon, though.

Illustrator, one hour, no sketch. I should try to get this printed on very deep blue card in gold.