Most recent: Champion in Canvas 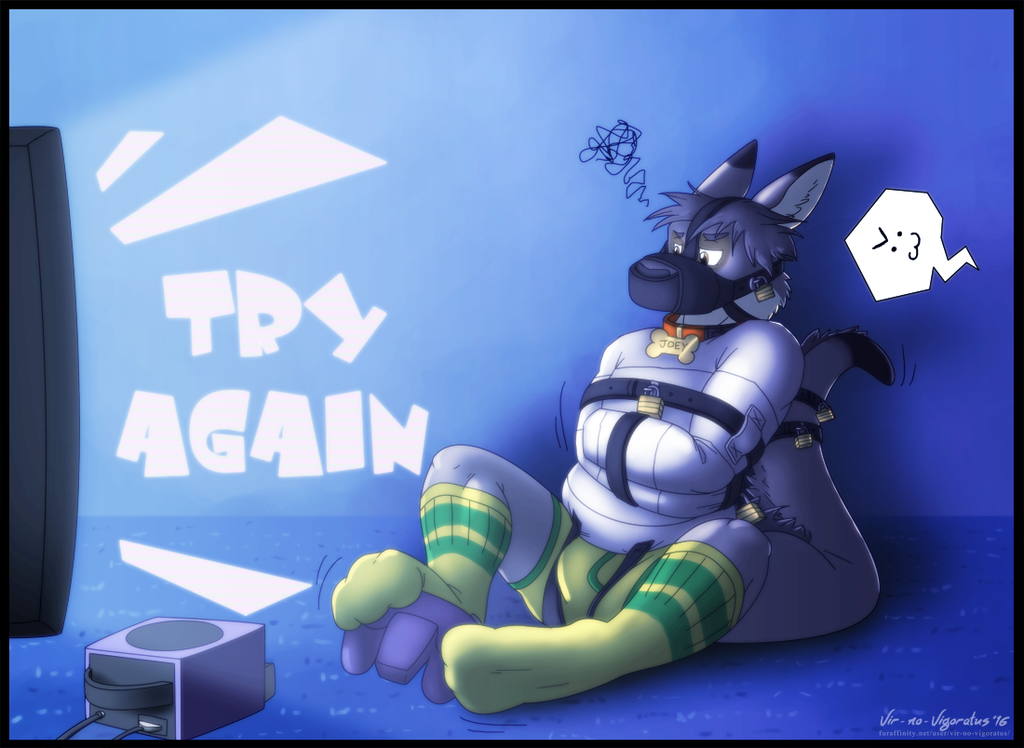 Yay memes! (Getting to know me)

Instead of doing anything productive, I just found this journal 'getting to know you' meme thing and decided, why not? Let's waste my time, and everybody else's by answering a standard form of questions instead of writing! Rated moderate for silly innuendos and language.

What's your natural hair color?
Dark brown, almost black. I used to be just dark blond, but my hair got darker when I got older.

What's your orientation?
I'm as straight as a ray of light; I bend in the presence of big gaping black holes.

Are you single, taken or undecided?
I'm in a more or less open relationship with a specific fox, whom I will meet face-to-face this summer.

What do you do in your spare time?
I read a lot, and I write, and occupy myself more with furry stuff than I would like to admit. I also game, but not as much as I used to. I'm also looking around to get back into RPing sometime.

What's your job or occupation?
I go to high school.

What do you like about yourself?
Modesty. (noooo!) Well, in honesty, what I like most about myself is that I always try to see the good in people. I try to be a good, empathetic, and optimistic nerdfighter for the most part.

What do you dislike about yourself?
I'm oversensitive to criticism, I guess. I kind of try to work on that, but my heart still sinks and I still go "Wait, why? D;" when somebody says they don't like my work. I mean, I can handle it though if people give me tips on how to improve.

What did your friends notice about you when they first met you?
I've asked this before, and they mostly just notice that I always look angry or depressed, which is weird because I am more or less quite satisfied with my life now.

What is your belief/religion if you believe in anything at all?
I'm probably a little bit spiritual in a monistic pantheistic sort of way, but I don't follow any religion anymore, and I call myself an atheist. I used to be a christian, though.

Do you smoke?
I second-hand smoke a lot, I guess.

What are your major fears?
Dying before finishing my search for the great perhaps, failing my own ambitions, climate change, and spiders.

Do you have any dreams or goals?
I want to become a linguist, and do work in preserving the lexicon of some near-extinct language. It'd be really awesome to just record that information which might be lost forever otherwise in the next 10 years or so. I also want to go to Australia some day, and see a mob of wild kangaroos for the first time in my life. I'm considering immigrating too, in the long term.

Have you ever had a crush or an ex?
Yes.

Who's your best buddy?
Doveen.

What's your favorite dish?
I love Gado Gado. It's an Indonesian salad dish. Basically, you mix rice, with green beans, eggs, mung bean sprouts, and you literally drench it in satay sauce. I also tried Pecel, which is the ridiculously spicy version of Gado Gado. I love spicy food.

If you had a super power, what would it be?
Animal morphing powers! Is that a horribly stereotypical answer for a furry to give? It probably is! Anyway, I kind of imagine that to gain a form, I must study and meditate on the form for an extensive period of time, so it really takes effort to come up with new forms. I can also only stay in an animal form for a total of 2 hours, before experiencing side effects, such as instincts of a feral mindset clouding my brain, and risking getting stuck permanently in an animal form. I -might- just "accidentally" stay in a roo form for too long. Who knows?

What's your favorite movie?
Uhm, Kangaroo Jack? Why can't you ask me for a favourite book? I am not a movie-goer.

What's the last meal you want before you die?
I dunno. A foot-long subway would be nice.

What do you drive and what would you really like to drive?
I ride a bicycle. Tring tring, motherfucker! I guess I would like to drive a Mustang.

What is your most disliked bug?
Video games.

What pet peeves do you dislike the most?
I dislike people whose first responses to hearing I'm a vegetarian is "Where do you get your calcium/protein/iron?" Or people who think the only reason anybody would mention their diet in a conversation is to whore themselves out for attention.

For that matter, I also hate people who assume that people who complain about the weather are being whiney, because -they- have it so much worse, and that they -dare- to bring up and express anything at all about their own slight discomforts, because they surely only do that to seek sympathy. All round, it makes me sick to see people lashing out at others for just expressing their thoughts, at all.

I'm also very sceptical about anyone who claims that they are one of the few enlightened people, who are walking amongst mindless drones. All around, they're just dehumanising billions of people whom they don't know anything about and who probably think just as lowly of them too.

What do you dislike in life?
That's a horrible question to end with. I dislike the stress that is put on me to excel at school.