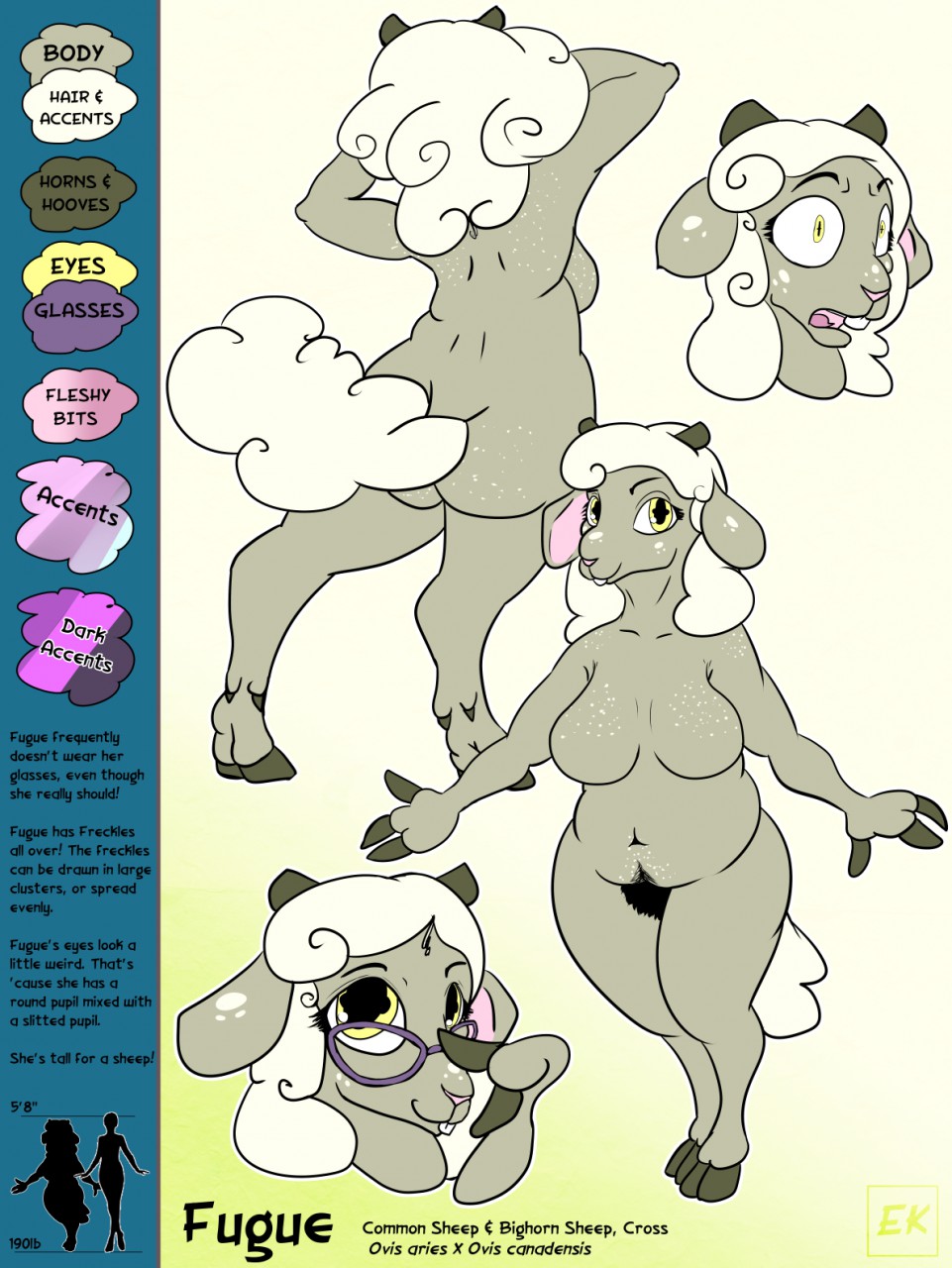 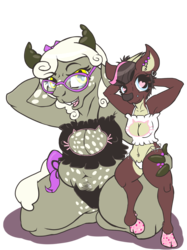 Fugue’s updated character reference sheet based on the feedback I received a while back! I’ve had this sketched out for a while, but it’s been a busy past couple months and I kept prioritizing everything else. Finally done though! You’ve come a long way, my precious baby…

I came to FA well after I was drawing Fugue, so I haven't posted nearly all of her early sketches here. Walk down memory lane with me over on my tumblr if you want to see my original sketches for Fugue, and her progression over like, a year and a half! --> http://eee-kay.tumblr.com/tagged/fugue/chrono <--

Info: Fugue is about 172cm tall (5'8") and about 86kg (190lb). She is a little tall and overweight for a sheep. She prefers baggy clothes over tight fitting ones and prefers sweaters and knee length skirts and (sometimes leggings) to most anything else. Her hair (and tail) are woolly but soft. She must get fleeced regularly.

Fugue is very smart. She is a chemistry major in her university and wants to go on to be a pharmacist. She is a little shy and introverted and prefers to spend time alone. She is not socially inept - in fact she’s very good with people and really quite cheerful. She just prefers to spend her free time alone, when she can. She likes to knit, read and do some casual gaming in her spare time, but her spare time is few and far between.

Fugue's eyes are weird. That's because she has a rare genetic disorder that causes me to like slitted pupils more than round pupils, but not enough to draw them exclusively on the main character of a comic. This causes her eyes to look weird. It's tragic.