Their days are over, our nights are here. In my world of enemies, I walk alone.

Hi my name is edge. I draw animal people and make dumb music. I like earthy colors and smells, southern hardcore, cowboys, and teal. 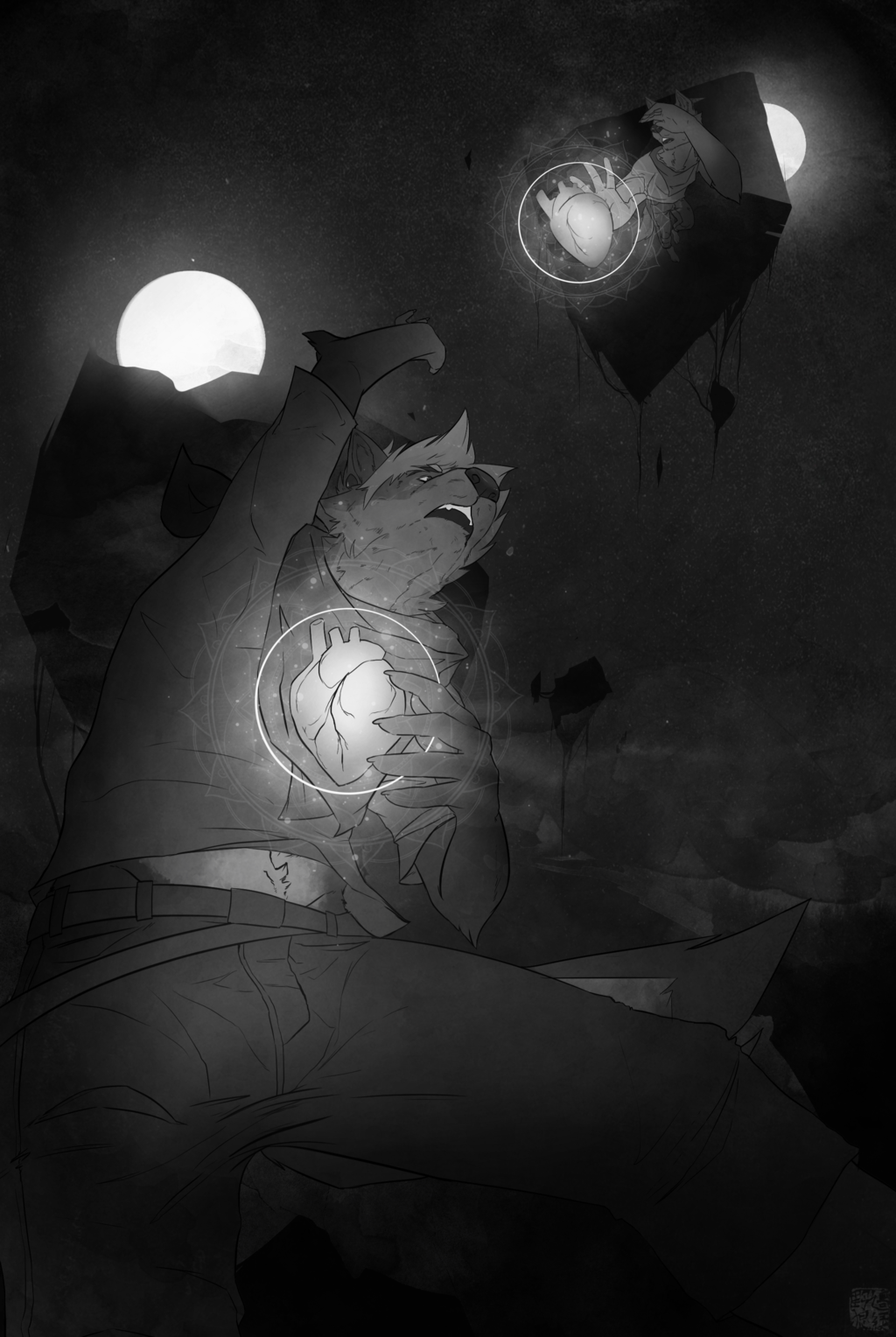 Get to know me thingy

I'd imagine most people already know a decent amount about me if you've come from my FA or follow me on twitter but I'm bored right now so I guess I'll do this!

What's your orientation?
I dunno, gay I guess, who cares haha.

Are you single, taken or undecided?
Single

What do you do in your spare time?
Write/Produce music (tons of different genres!), sleep, eat pizza rolls, be lazy trash

What's your job or occupation?
I do commissions between "real jobs" haha

What do you like about yourself?
idk my eyes look neat I guess

What do you dislike about yourself?
My diet, terrible attention span and how poofy, wavy and terrible my hair is if I don't flat iron it lol

What did your friends notice about you when they first met you?
That I'm loud and obnoxious, I get "wow you smell really good" a lot too haha

What is your belief/religion if you believe in anything at all?
I have no idea anymore. Agnostic is probably the quickest answer.

Do you drink?
Simply Lemonade and teaaaaaa. I haven't had alcohol since I was 16 heh

Do you smoke?
I get 0 nicotine juice for my ecig but I don't think that really counts so no, not really?

What are your major fears?
Drowning, Burning alive, basically like ...totally unavoidable, hopeless death if that makes sense?
Lately I've had a huge death paranoia for some reason, it's really stupid haha.

Do you have any dreams or goals?
I dunno! It'd be cool if my music became well known! I love drawing but I've come to realize writing music is where my passion really lies. I don't want to be some vapid obnoxious pop star but being able to support myself on it would be cool!

Have you ever had a crush or an ex?
yup!

Who's your best buddy?
GOREHUNDDDDD (I forget how to put people's icons on here)

What's your favorite dish?
Pizza, pasta..... anything that will more than likely give me diabetes.

If you had a super power, what would it be?
I'm never good at picking one. Teleporting or flying so I could go see all my friends for free I guess haha.

What's your favorite movie?
No idea, I'm really not a movie person! Probably something scary.

What's your least favorite food?
No idea, I'm really picky and not at all adventurous with food. I was that terrible shitty child that said I hated things without ever even trying them haha.

What do you drive and what would you really like to drive?
A trashy '96 toyota tercel with an oil leak, at least I upgraded the audio though, PRIORITIES. Not sure what I'd drive given the choice, probably the most eco-friendly SUV I could get so I'd have more room for transporting music gear/friends/whatever. I wanna road trip really bad!

What is your most disliked bug?
Being that I live in florida, first on the list. ROACHES. UGH. Second anything that will sting me, wasps can screw right the heck off. Spiders are cool though as long as they can't kill me. If they're eating mosquitoes and I'm not getting bitten then we homies.

What pet peeves do you dislike the most?
As in what are my biggest pet peeves? People that chew with their mouth open flip my shit, my computer BSODing (I'm really angry all the time because of this haha) um, general racism, sexism or disrespect get me mad. People that abuse animals REALLY make me angry. Like show me a video of some asshole throwing/torturing a cat or ...whatever animal and I'm pretty much angry for the rest of the day.

What do you dislike in life?
Selfishness, bigotry, stubborn close mindedness, irrationality, people that think they're champions of social justice but actually are equally ignorant assholes full of double standards haha um, the usual stuff I guess.

What do you love in life?
My friends, being loud and terrible, DOGS aaaaa (I get really emotional seeing videos of or reading stories about dog adoption haha, it's really bad and dumb), spooky things, urban exploring, tea, COWBOYS, ambient music, playing guitar, aroma therapy and perfuming, beards, going to sleep to the sound of crickets at night, baths, delay and reverb pedals um. I dunno, lots of things. Hi.