Trade: "Looks Like They're In for a Long Walk..." by EccentricChimera 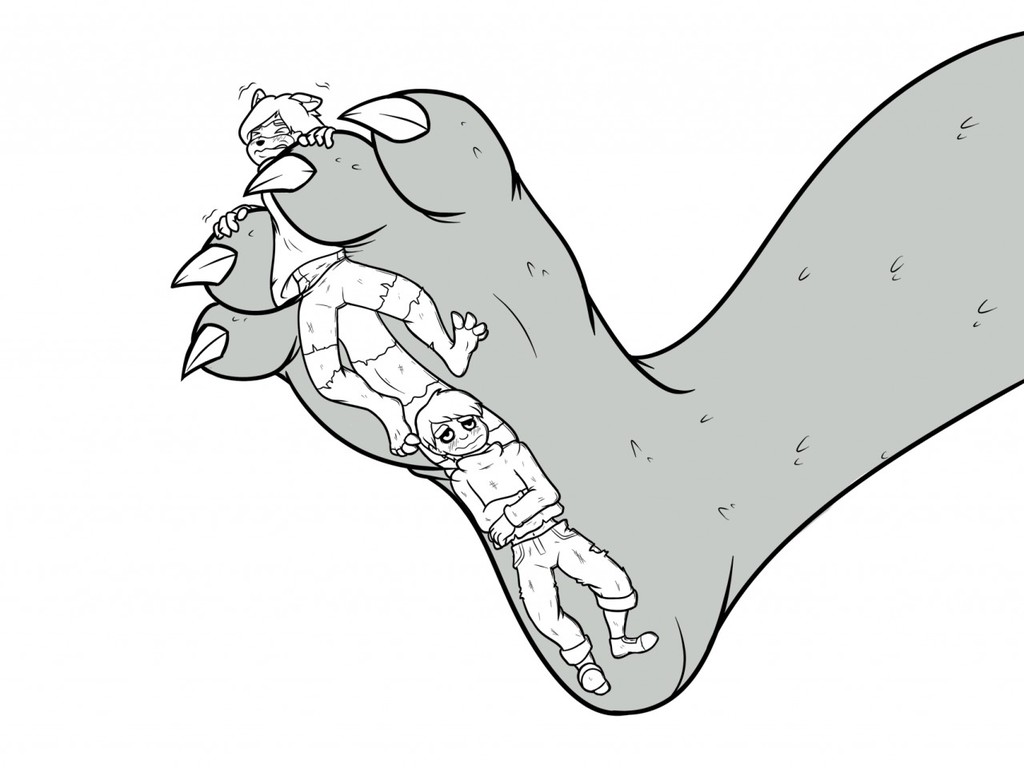 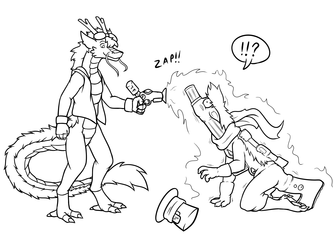 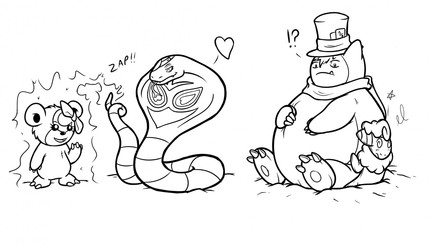 And here's a nice little trade with   anderpander, featuring two of his characters, Nathan the Raccoon and Ander (in human form) being stomped on by a giant dragon foot! Nathan managed to almost escape, and now he's stuck between the dragon's toes while his lower half is squished flat! And from the looks of it, they're been stuck there for quite a while...and will be there for a good while longer!