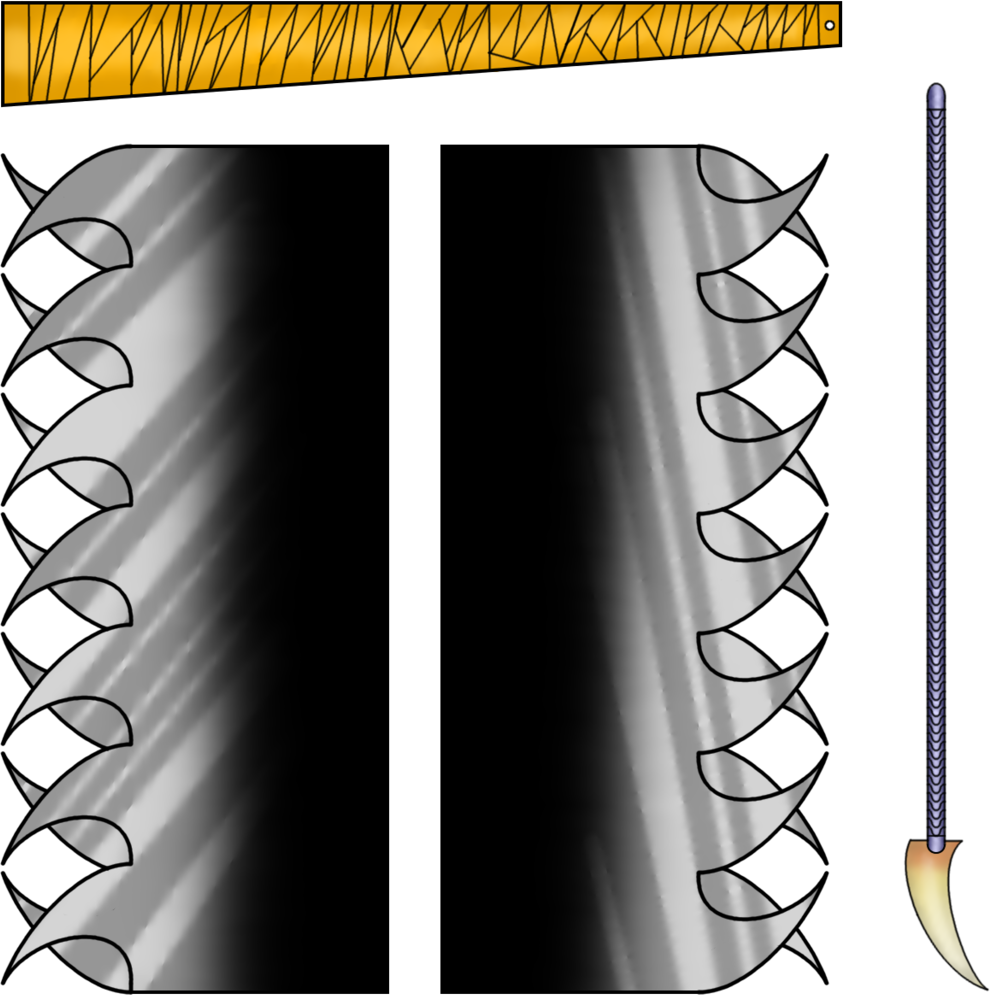 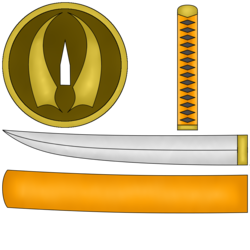 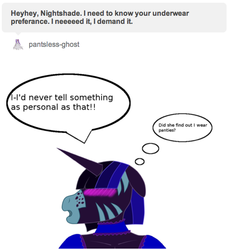 In sealed and shikai, Torahime resembles a girl, about fifteen years of age. She is five feet three inches tall. She has straight, crimson hair that falls halfway between her chin and here neck before stopping sharply. Her eyes are bright yellow, and slitted as a cat's are. Her skin is white, and she has a small beauty mark on her right cheekbone. She has fangs, though when she's not smiling, only the left can be seen poking out from underneath her top lip. She is straight and flatchested. She wears a skirt kimono, the skirt portion going to her knees and the sleeves all the way to the tips of her fingers. The sleeves are long, reaching to the floor with their width, and the hole at the end is twice as wide as Torahime's hand. It is orange with tiger stripes on the back, while the front of the kimono is white. She is barefoot. Both her nails and toenails are clawed and black. Upon her head are small tiger ears, and a short tail pokes out from a hole in the back of the kimono. It reaches the hem of the skirt then stops. Her voice is typical of a fifteen year old girl.

In bankai, Shinku Torahime appears as a mature version of her previous self. She now stands at six feet tall, not counting the five inch heels she now wears. Her figure has filled out as well, and her bust has expanded to a D cup. Her kimono still only goes to her knees, and the sleeves still reach the floor with hand holes twice her hand's width. The only differences are that now the orange has been replaced with dull red, and where the chest of her kimono had been tight before, it is now loosened to allow her to breath with her new bust. Her ears are now larger and more prominent on her head, and her tail reaches to the floor. Her nails and toenails are still clawed and black. Her voice has deepened some and smoothed out with age, most of her words coming out as a sultry purr without effort.

Torahime's sealed appearance is a wakizashi. Her blade is twelve inches in length and the hilt is five inches long. The wrappings on the hilt are orange and there is a black underlay. Her pommel is metal and bronze. Her tsuba is a perfect circle with a raised edge and two raised 'fangs' with the points going towards the front of the blade. The blade collar extends two inches beyond the tsuba. The sheath is fifteen inches long, and is orange like the wrappings on the hilt.

In shikai, Torahime grows to resemble a giant cleaver with a rounded back. The hilt doubles in length, and becomes a black tang with orange bandages, and what appears to be a metal tiger tooth charm hanging by a small chain. The cleaver is four feet long, and two and a half feet wide. The flat and back of the weapon are black, with the blades being silvery in color. The back is rounded and can be used for bludgeoning attacks. The blades come in two rows, resembling teeth. One row has the teeth going down, and the other has the teeth going up.

When released, red colored smoke explodes from the blade, obscuring her and her wielder, and the roar of an immense tiger can be heard. When the smoke clears, the wielder is wearing a cloak with a red and black tiger pattern, and holding Shinku Torahime.

Shinku Torahime has the hilt and tsuba from her sealed state back, but now the blade is three feet long and has a flat tip, ridding it of any piercing power. The tsuba has also changed somewhat, one of the fangs now pointing in the opposite direction. The blade has two edges, and the sword can be turned to switch edges. One edge has the downward curved blades of her shikai form, and the other has the upwards curved ones. The sound of the blade flying through the air is like that of a tiger roaring.

Torahime is a very large blade, and as such is quite heavy. This plus the rounded or bladed sides makes her a devastating weapon. With the command Kamu, “Bite”, one edge swings around, as if on a hinge and doubles the width of the blade, like a book being opened. This increases the weight behind a strike with one of the edges, making their cutting power even greater. It also turns the blade into a more effective shield. The downside of this is that the larger size also makes this blade harder to control. The blade can be 'reset' by pulling on the charm at the end of the hilt.

Shinku Torahime, despite her smaller size, retains all of her weight. This means her cutting power is even greater because there is more weight put behind a smaller edge. The blade absorbs blood, but only when its not in contact with a body. Meaning if there is blood on it after an attack, the blood will be absorbed, but not while the blade is buried in an opponent. Each time it absorbs blood, its sharpness increases proportionate to the amount of blood absorbed. For example a single drop barely does anything, while blood that drips all along the blade will nearly double the sharpness of the blade. This sharpening can continue indefinitely.

Torahime's world consists of a massive bamboo forrest. If one were to climb to the top of a stalk, they would be able to look in every direction and only see the forrest stretching onward. Of course, this in itself would be immensely hard, as the bamboo seems to stretch forever into the sky, obscuring it. Within this forest is a single, circular clearing, twenty feet in diameter. It is from here that a blood red sky can be seen. In the center of the clearing is a rectangular rug, with a small round table in the center and pillows surrounding it. Upon the table is a tea kettle and two cups. One for Torahime, and the other for her wielder. If one were to try and leave the clearing, they would stumble about in the bamboo for varying lengths of time before finding themselves back in the clearing. Any bamboo that is cut down or broken will fix itself as soon as one looks away from it.

On the surface, Torahime seems to be angry at everything, especially her wielder. She will point out their weak points in battle and personal faults without hesitation. When especially annoyed, in her younger form, she will get louder and eventually assault the source of her annoyance. This can be very bad as she is much stronger than she looks, able to take down a wall with a single punch. When one takes a closer look at her behavior though, they will see that she really does care for her wielder. If she assaults them, it usually restricts itself to a few light taps on the head, whereas anyone else subject to her anger will find themselves clawed up. She keeps sweet buns in her sleeves, which she will only share with her wielder if they ask for one. The definite sign that she cares though is that whenever her wielder is in danger, she will do whatever it takes to help them. As Shinku Torahime, this behavior is still present, though it takes more of a stern and motherly sort of tone. In addition she will usually just shove a sweet bun her her wielder's mouth without being asked and completely at random.