I enjoy the furry community when it's respectful and non-intrusive, and enjoy talking to others in a natural, down-to-earth manner. So please, keep all your licking, kissing, cuddling, and other shit to yourselves. Also, I realize I draw my characters in naughty situations, and as such, feel free to show your appreciation... but please... don't RP yourself into the situation in the comments. It's creepy. 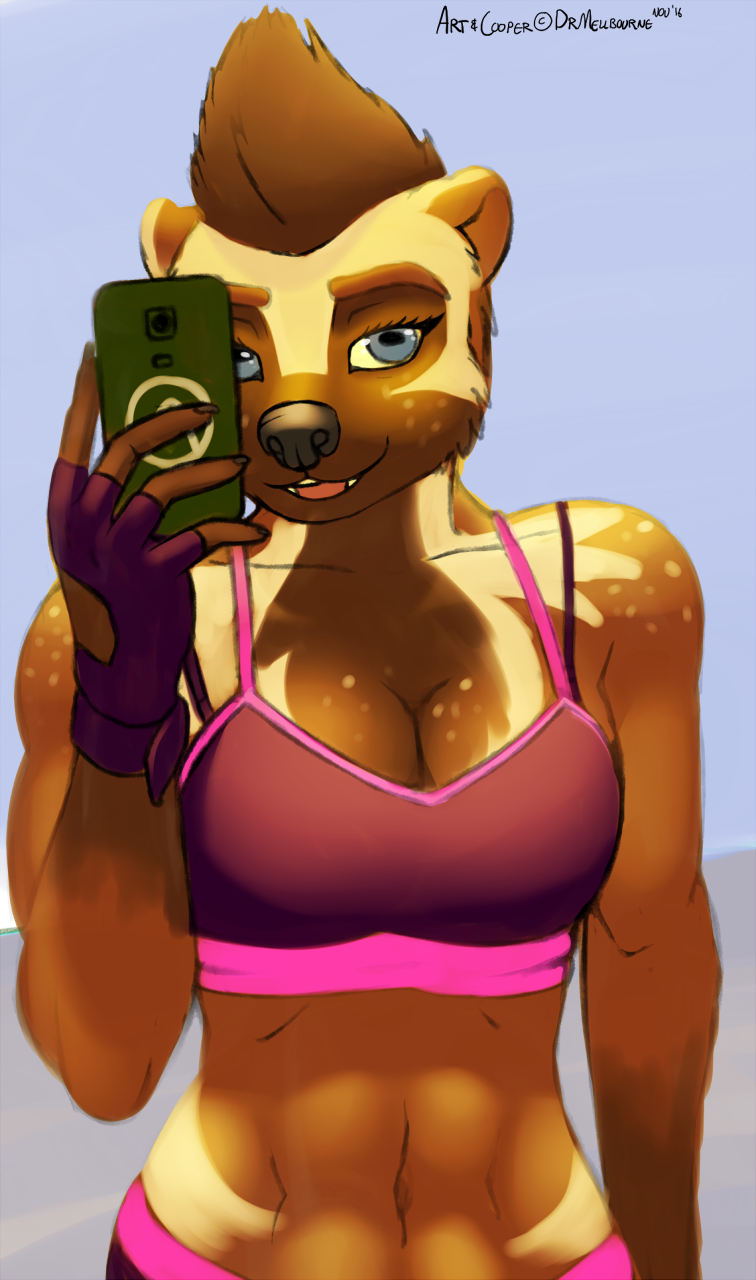 I had a particularly slow morning Friday, arriving at work a little past my scheduled time of 6:00 AM. My back was just hurting too much, so I decided to just clock off and take a nap. I walked through the parking garage to our storage room, closed the door, threw down a mat, and rested. The top floor of the garage is just above this room, and frequently the snow plows on the roof will make lots of noise. They slam down their plows and drag them across the concrete, creating a loud boom, shaking, and rumbling noises. The first time I ever felt it, I thought it was an earthquake. After 10 years here, I almost tune it out.

About 8:29AM, I was abruptly awoken to the familiar sensation of the snow plows. At least, it was familiar for about two seconds. It soon got louder and louder, the vibrations becoming more intense, until it was no more a rumble, but a violent rocking. The room bucked and bowed, making it hard to stand. The noise was nearly deafening. In my delerious state of just being jerked from my sleep, I thought a train was plowing through the facility.

It didn't take more than a few seconds before I knew what was going on. The quake lasted roughly a minute before stopping, but I've lived here long enough to know that anything that big was going to have aftershocks. Alaska has been my home since I was born, and I have never felt something that powerful. I was afraid the whole parking garage was going to come down. My first thought when it finished was to call my spouse, but the phone lines were all dead. It wasn't until I was already running to my car that my spouse made it through to me, and was justi-fucking-fiably sobbing. I told my employees to go check on their families if they felt inclined, and booked it home.

At this point, I had no idea what the damage was. In all my years, I've never even felt an earthquake strong enough to feel while driving. I was passing under a railway bridge as the first aftershock hit, and it sounded like thunder. My car struggled to stay on the icey roads, as it felt like my wheels had become loose. The radio stations were all fuzz, save for a few broadcasting the emergency alerts. It's always scary when you hear that alarm on the radio and it's not a drill.

I was relieved to find that my spouse and two dogs were unharmed at home. There was a lot of broken glass and decorations everywhere, and unfortunately one of our TVs broke when it and the dresser it stood on fell over. But there's no leaking pipes, no gas leaks, no structural damage. This seems to be the case for most people in town.

The roads are another situation. There were a few spots around town where the ground underwent liquifaction, resulting in the roads basically just crumbling to rubble as the ground beneath them turned lquid. A coworker of mine lives about an hour up north, and I'm not even sure they made it home because they live on one of the roads that got severely damaged. Some hospital rooms suffered water leaks, a few schools were evacuated due to damage, stores are closed because merchandise is everywhere... it's a mess.

But I've known my entire life that something like this was an eventuality, that it would be extremely unlikely for me to die before seeing something like this. And I think most people here feel that way. Honestly, it's pretty much back to normal today from what I've seen. A lot of stores are closed to clean up merchandise that's fallen off shelves, and everyone working everywhere looks exhausted. As far as wakeup power goes, coffee can't come close to a 7.1 earthquake with an epicenter less than 10 miles away.

This year has been really tough on me. There's not really a point in listing why, but honestly, this earthquake was one of the lesser stressful things to happen to me this year. I'm glad the spouse and dogs and all my family and friends are okay, I'm glad it wasn't as bad as 1964...but I'm also just tired of all these financial setbacks. 2018, you will not be missed.

I heard that Pulsar was asking if anyone knew my wereabouts or how to contact me. Thanks for your concern, friend. I'll list my contact info at the bottom of the journal. Anyone can feel free to contact me, though I'm really not a big part of the fandom anymore, I hardly ever draw, I've mostly just moved on...so I don't really know that I'll have much to talk about.