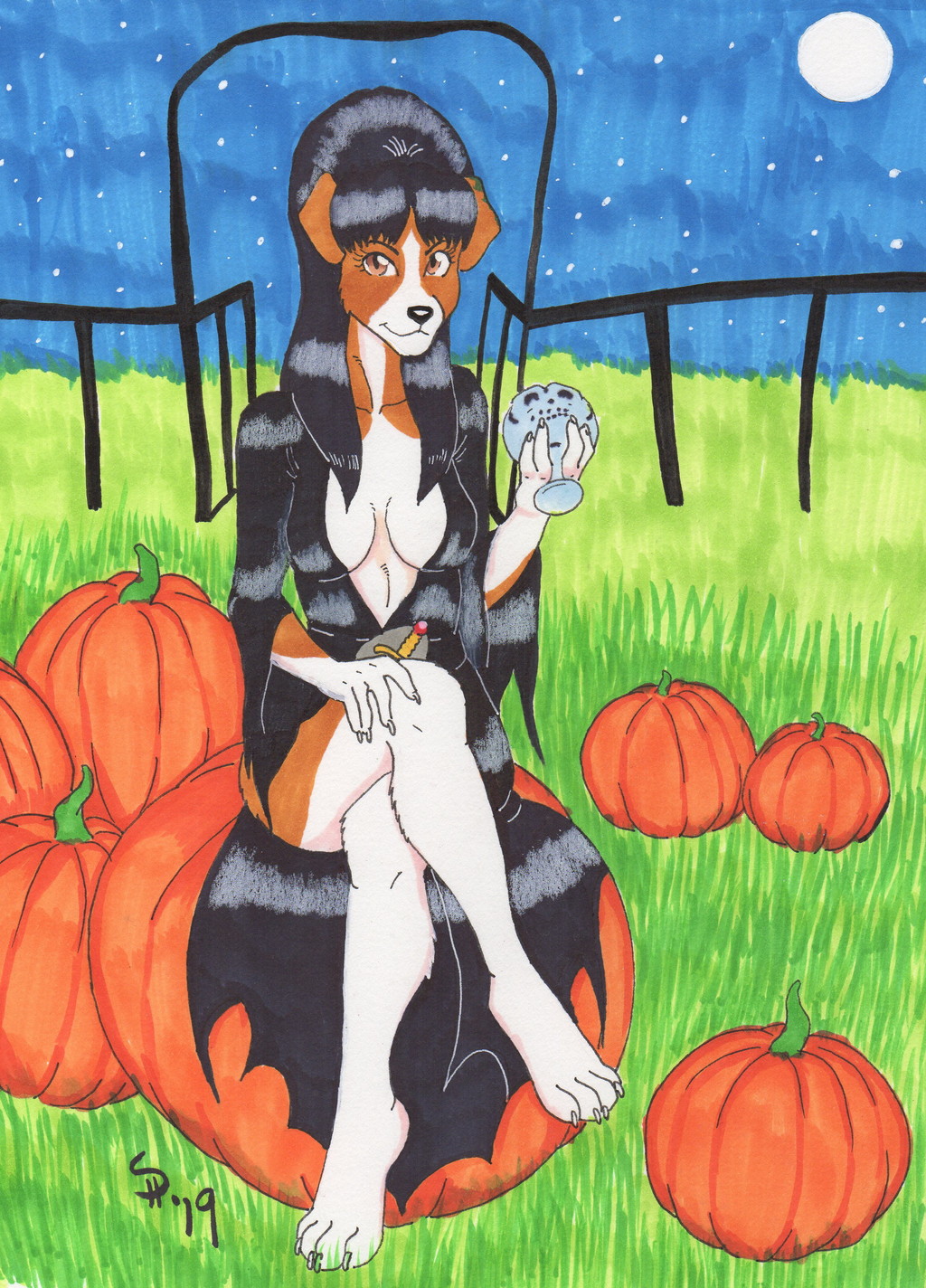 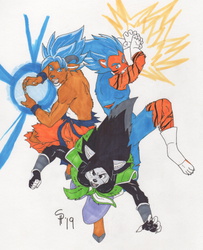 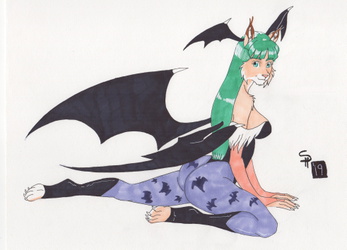 I'm late on arrival on this. Instead of Inktober , I've decided to start my own thing this year. Halloweek! For each week of the month, a Halloween related work. Number one here is Cade's mother Isabelle as the Mistress of the Dark herself, Elvira. I've been a fan of The Mistress for a long time since was a wee pup watching her outrageously spooky Movie. The most memorable scene was when she was cooking for a man she like, the dinner came to life as a serpent, snake, eel... thing. Which she and the guy dumped it in the blender. Also, her doggy was so damned cute. Cassandra Peterson also had her birthday. This is a late celebration of that as well.