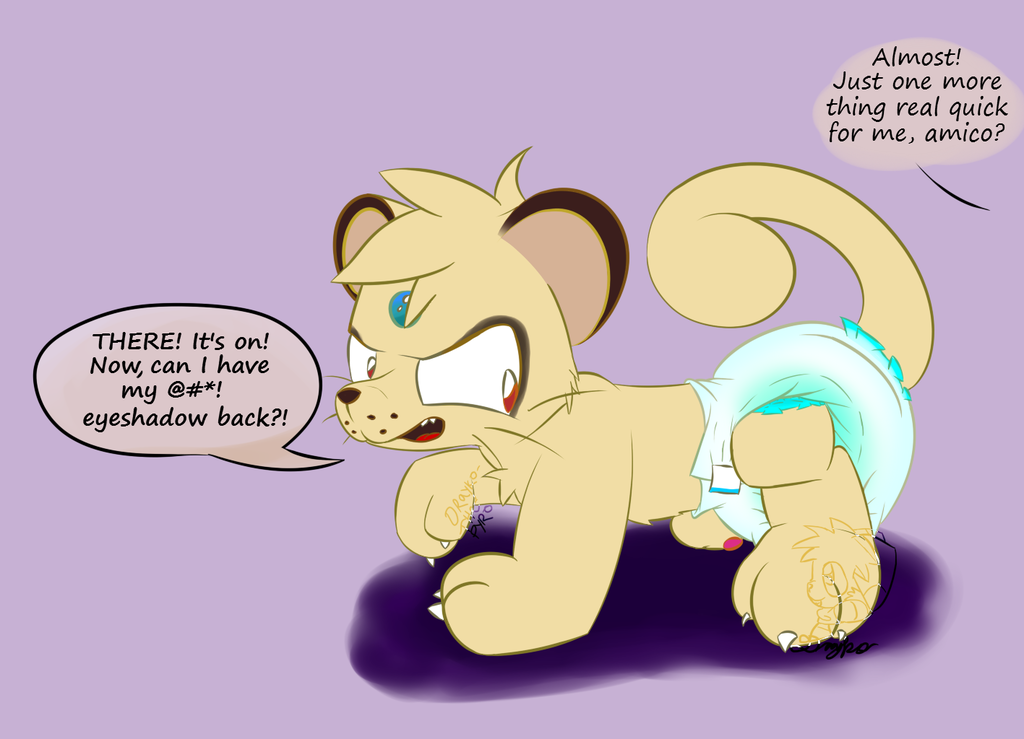 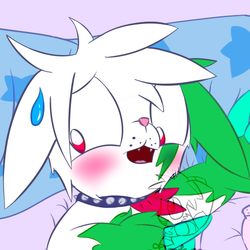 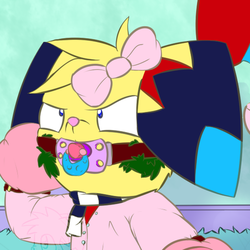 Amid the many Pokemon who lived in in Alex's house, Pierce was quite the unique specimen.

Persians didn't live anywhere nearby, and it was only by chance that Alex had found one up for trade.
Now, this wouldn't be all that relevant if not for the fact that Pierce had picked up an odd habit from his former owner.

In his past, he belonged to a fashionista, one who believed that Pokemon had just as much right to be beautiful as people.
As cruel as this may sound to some, the trainer hand-made several Pokemon-sized dresses and outfits for him to wear when he accompanied her.
She would also put eyeliner on him to increase his high profile.
While the dresses and other sissy-ware was extremely humiliating for a creature with such an ego, the eyeliner was an exception.
Why? Well, that itself was difficult to say. Perhaps he just liked the way he looked in it, or the discrete attention he got from his owner. He enjoyed it so much in fact, that it was worth it for him to put up with the cross-dressing, just to receive the eye liner.

When Alex traded one of his Pokemon for Pierce, his owner told Alex of his odd habit, that being without eyeliner caused Pierce to start acting up.
Obviously, the other Pokemon had no clue what eyeliner was, and weren't sure what a Persian looked like.
Pierce exploited this by playing the makeup off as a natural fur pattern.
One day, however, a certain Fuzzychu managed to catch a glimpse of Pierce having his makeup put on, and...well.

You guys can figure out a simple extortion scheme when you see it, right?

So if this wasn't obvious already, this was a result of both needing to see Pierce in a diaper, because the jerk needs to be padded, and
also to explain the "mascara" fur pattern I mistakenly thought was a part of Persian anatomy until recently.