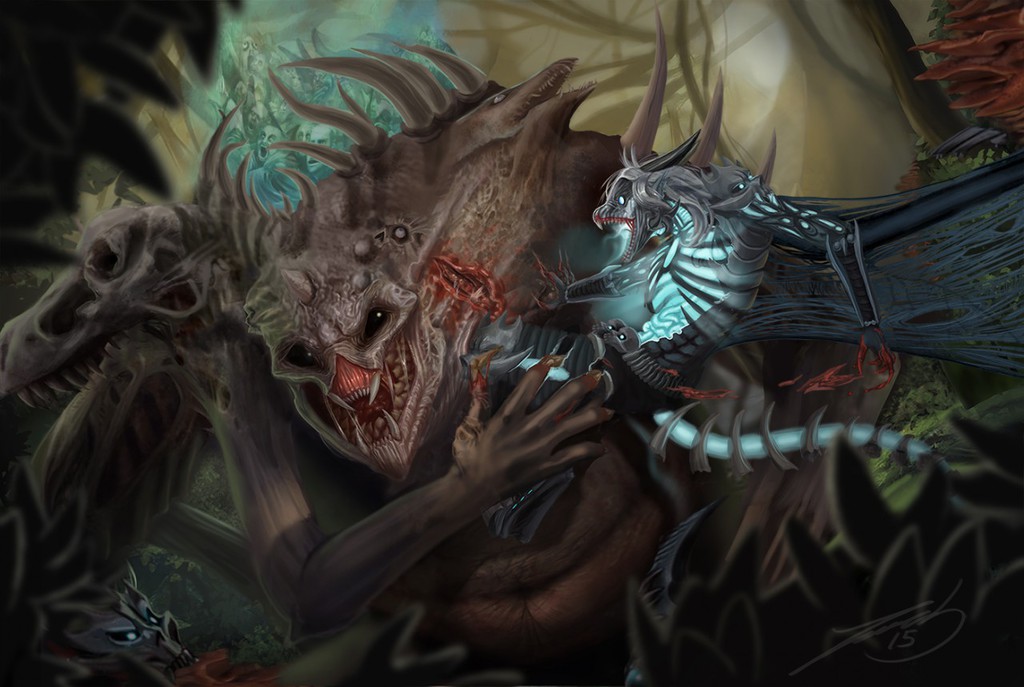 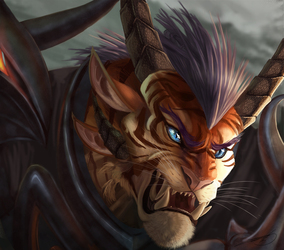 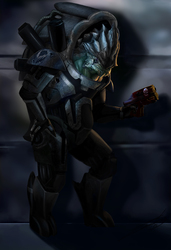 Finally finished this! I have been back and forth on this commission for a long time, hahaa I feel like I'm more battle worn then these two! I went though a lot during this piece, and I'm happy to be making great progress, and getting work done!

This is a commission for :iconrylae: and of course their character to the right is theirs; but the monster is of my own creation :>
This monster is VERY old, (ahem, T-Rex mutation on arm) it absorbs souls which slowly mutate into it's own body! Giving it extra limbs, faces, spikes, teeth, ect! The creature stole Rylae's souls and well-she doesn't take anyone's shit, so moments after she lept onto the creature this scene happened!
Check out this on Tumblr, including close ups! http://drawwithlaura.tumblr.com/post/108668327021/thief-a-commission-for-rylae-the-character-to