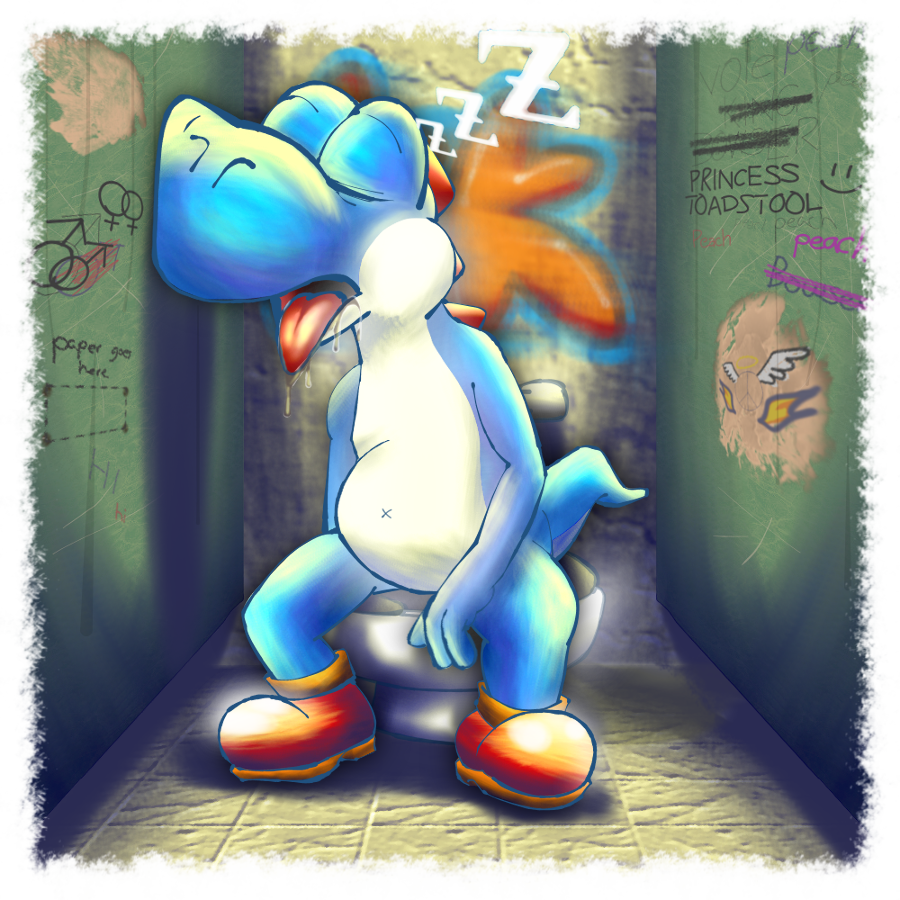 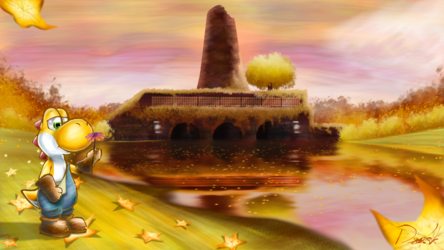 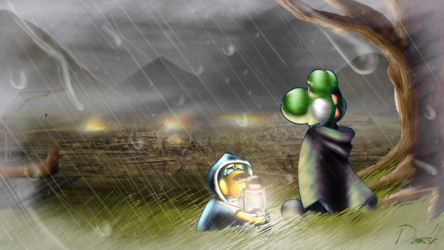 Yoshi and the Toilet Stall of No Return [Part 1/1]

Just another mischievous drawing, I guess. Nah, I don't know why either.
The original idea was a lot... well, less filthy, but at least I think I've made it okay for all audiences. I think. Have I?
Also experimenting a bit with lighting and shading, especially on the colour side. Doesn't seem too bad to me, though I guess it could have been better... The boots are, as always, my favourite part. The tongue isn't too bad either, I guess... =P

If you're really observant, you'll notice I added glow around the brighter parts in the picture (a.k.a. Yoshi's belly) and a black aura around important parts. How's it looking? Should I do it more often?

On a side note, I apologise to the people whose requests are still pending! I try to bring myself to work on them, but I always end up doing something else... I'll try to get them done before my birthday, though.