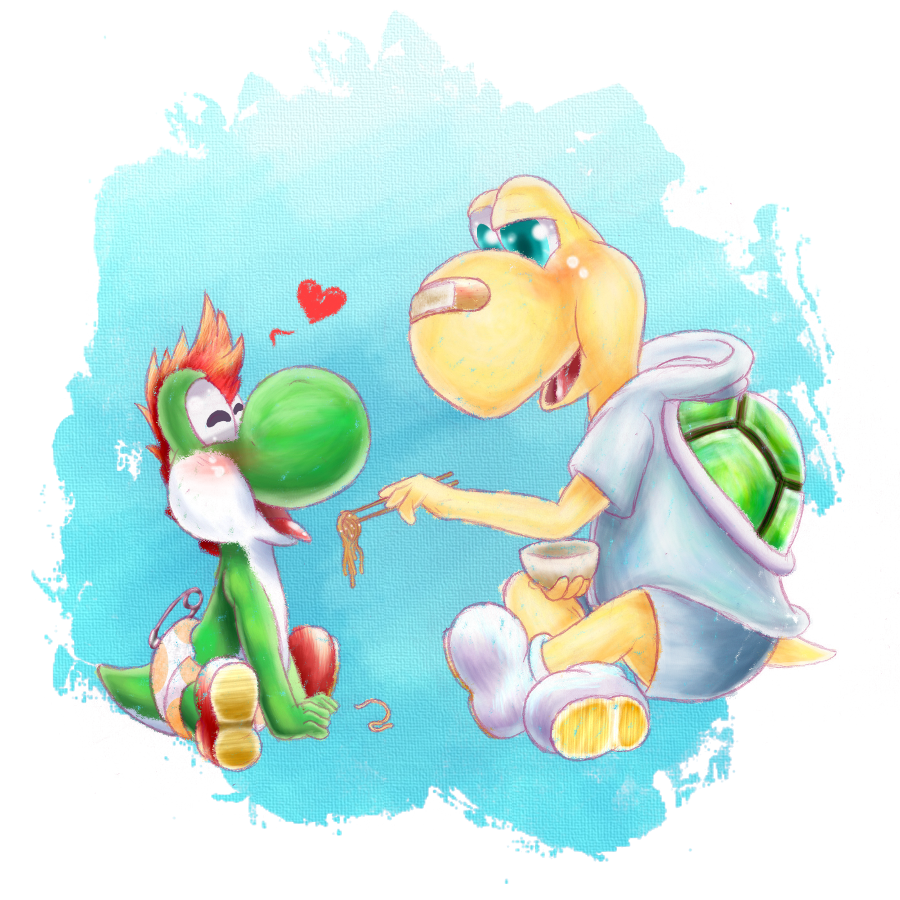 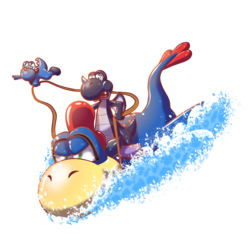 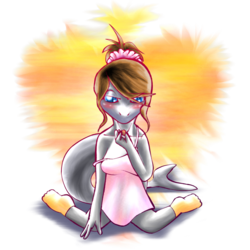 Yesterday, MystFoxcoon from DA and I chatted about what we would do if Yoshi existed. Basically, I said that I would carry him on my back, feed him with a spoon, give him his bath and tuck him in bed every night... Yeah, you get the idea how the idea blossomed, right?

So I decided that, the next day (today), I'd draw a little something to commemorate that thought. Turns out that "little" something cost me the entire day, though... But I have no regrets.