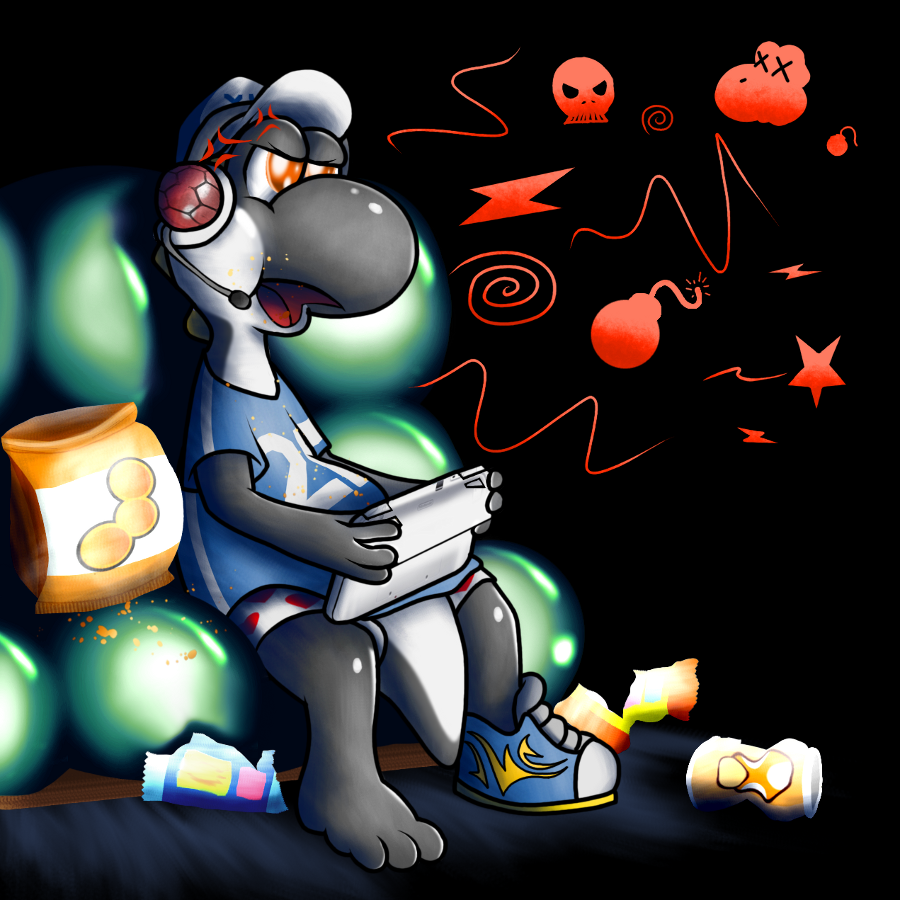 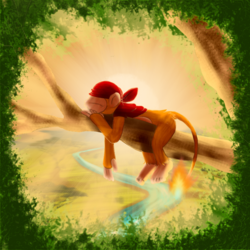 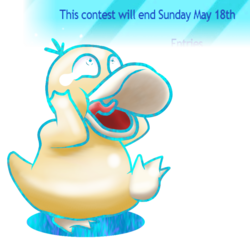 A request from chaochaodude on Deviantart, who asked me to draw his Yoshi OC playing Wii U. Naturally, I added my own touch of humour... and a balloon sofa, apparently.

At first, I wanted him to just talk with someone online or something like that, ranting about people in real like of something. I dropped the idea over having him just curse generically at the game he's playing (Probably Super Mario 3D World). I added gamer rations around him, of course. Can't survive without these Super Paper Mario foods. I wondered what Awesome Snack was meant to be... so I depicted it as cheese sticks. :D

I hope for you you didn't spill Long-Last Shake on the sofa, by the way... It ain't called "Long-Last" for naught, y'know.