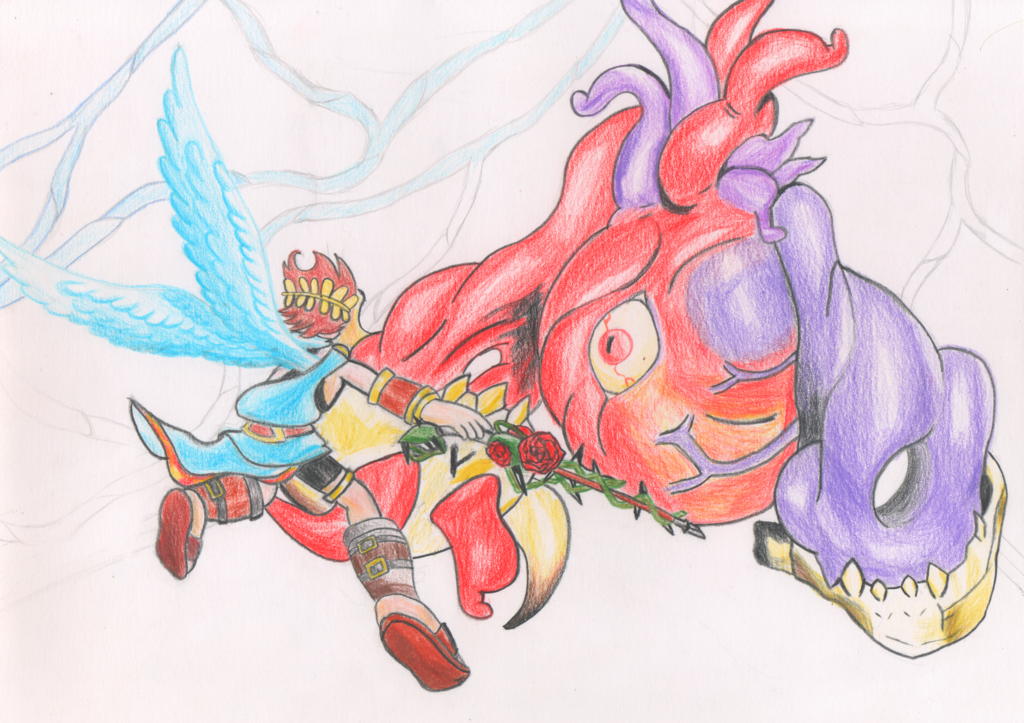 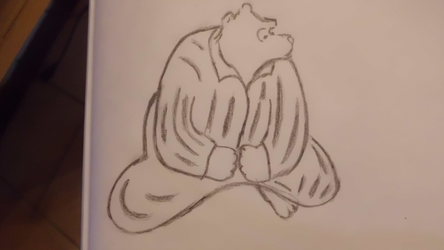 This is an old drawing that I did as homework almost a year ago.

We were asked to draw a fantasy picture, so I decided to make one as a fanart of Kid Icarus: Uprising.

I had trouble deciding on what monster to draw but in the end I decided to go for the most challenging and creepiest monster of them all: Clubberskull. They are fast, deal a lot of damage and it's difficult to dodge around from their attacks since they are so big.

I just drew the Rose Staff because that was my weapon of choice back then; it was quite powerful and pretty much the only one I had a chance to fight a Clubberskull with.

I had this drawing stored away with my other old stuff thinking that one day I should go back and add a background, but that day never came around so I decided to just put it here before I totally forget about it.