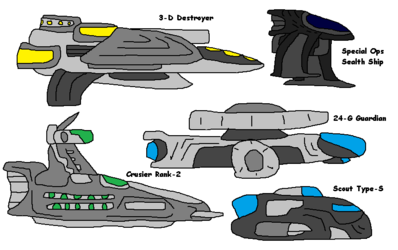 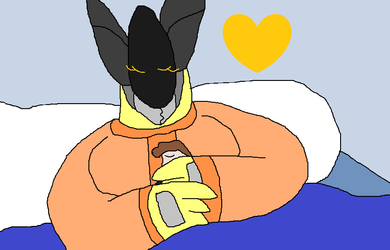 These are the different armors of the different factions, each have a form of armor add-on for captions, survival bag, and weapons(Default rifles of ballistics and sci-fi). The colors by the armors are from the most famous and strongest force/legion they have and are also alternative colors.

Allies, 101st legion- Was formed after the rampage/civil war against Acker and would fight against the Blood Dragon armies. There know for there bravery, loyalty, and respect to there opponents, Commander Miles is the leader and he was the son of General Azh when he fought in the Human Dragon War and Rampage War with same ideas trying to avoid conflict but will to fight to protect before passing away. Origin of Miles is that he and 5 siblings where enter a super-soldier project, but let left to continue his father work after he dead. After many battles and agreements with rouge groups, other human factions, and even Blood Dragon forces made them a legend, even Acker who is a supreme commander and unbelievable strategist was impressed by 101st skills. Miles was know for not start conflicts for peace and even if fight had to happen Miles strategist were next to none to other commanders, he was not the youngest commander but he was one of many. 101st greatest achievements were stopping Wraiths forces from start war in the other peaceful galaxy, fought against powerful fleets of Blood Dragons and even finally made peace between the Bio-Predators and Humans, Miles soon was the face and role-model for newer and older Allies leaders in combat.

Hexers, Iron Legion- This legion was mainly made of robotics and harder send any human warriors into combat. This legion was famous for taking over worlds for to share there knowledge and learn more, but this wasn't the right idea as there was more blood-shed then talking for them. The saw the conflict solve with the better men and army, which lead to several worlds being taken over as not many force can match up to a massive force of robotic warriors, only those with emps/eletric weapons or tools against robotics can stand against them. The Iron Legion took over world after world until facing the Allies, they didn't agree with Allies more peaceful ways of doing things so they wanted to get rid of them which almost cost the Iron Legion. The Iron Legion rebuild and now not to deal with Allies, even though there robots are bigger, stronger, and faster then humans but are single minded and Allies are far more skilled and trained the any legion soldiers. Iron Legion still at more but not taking over worlds but trying to figure out better was a spreading there knowledge.

Wraiths, Imperial Guards- The have regain power after the rampage war and was to get back at the Allies for there lost power. Will the speared war and take over the Imperial Guards was reborn. This legion started the conflict of dragons in Human Dragon War and the Bio-Predator attacks(which was soon fixed by Allies) Imperial Guards goal was to attack, destroy, and win. They regain most of power and invaded worlds to ready there conquest, and Imperial Guard would show that power by attack 2 Allies planets and eliminating everything, there where ready for the next attack but 101st was send to stop them and stop them they did. Imperial Guards fleet of 50 starships was against 31 Allies starships and several Dragon and Shalig ships. The Wraiths were force to rethink and rebuild the Imperial Guard Legion as only 5 starships were left. Imperial Guard were famous for the Wraiths are know for there violate attacks, brutail weapons and there idea of no mercy which however was there greatest weakness against Allies and other Alien forces.

Raiders, Outer Eagles- Was the first true military force made from the remains the Ackers Human forces. This group even though still hates the Allies hate the Hexers even more and have made rebel groups and weapons to fight against them. This Legion was made to start rebel force to fight there battles but will send there best to finish the job. The Outer Eagles help make more legions for the Raiders and become and annoying for all factions, it was stated that they may have also started most of the rouge groups in some areas of space but not all. Though a powerful legion and faction the never fight like Allies they only fight when need, as the attack as men for hired or trades to other factions