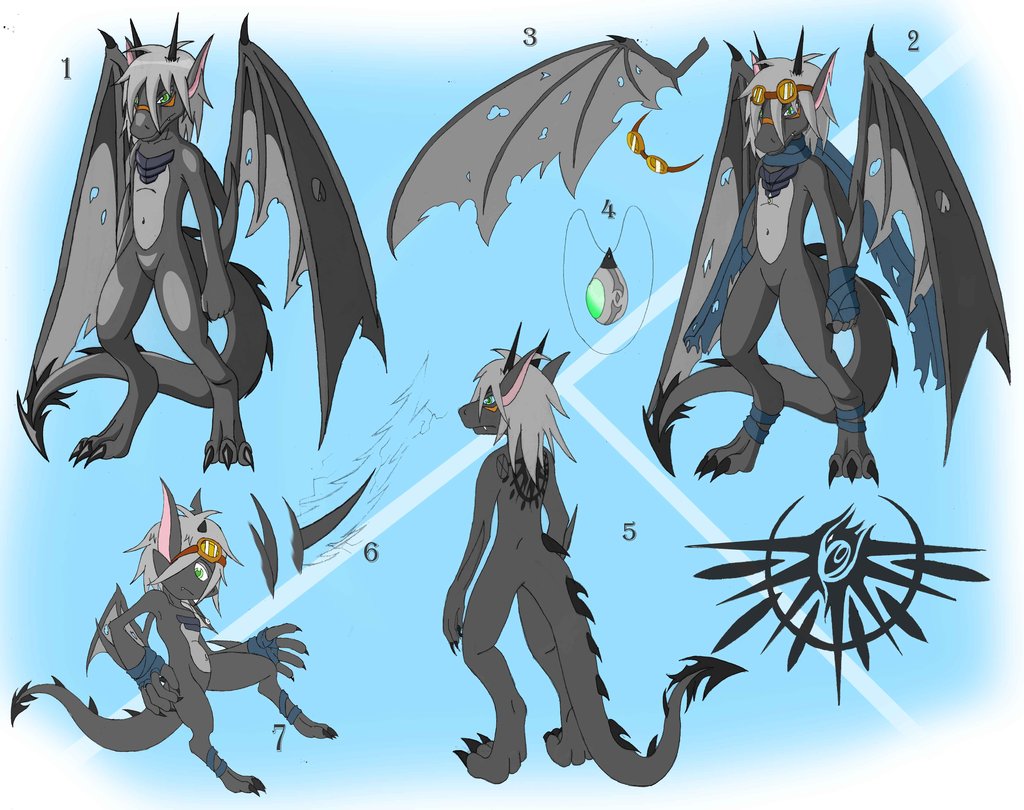 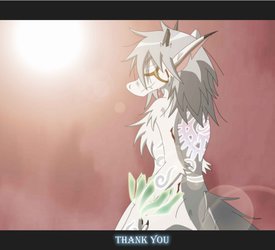 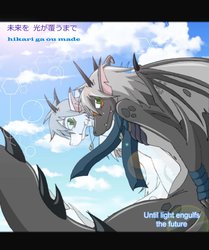 1: Vyse without accessories, Vyse size is about 2 meters when standing, shiny and smooth but very strong scales protect him from most harm, underbelly is softer and 3 chest plates protect the chest area, wave marks over muzzle and under left eye.

2: Vyse with his scarf, bands and accessories on

3: wings are huge in size when opened ( dragonjuno.deviantart.com/art/... ), allowing Vyse very agile flying, power dives great speed, though damaged, the membranes are very strong, allowing Vyse to use them in defensive manner like a shield.

4: Vyse goggles attach to his head, he recived them from his human brother Izio Hiroaki. The neackle is the only thing Vyse had in his posession when he awakened on earth, he is very protective about it because he feels is the clue to discover about his past before arriving on earth, it changes into a red bright color wherever there are faceless around

5: birth mark on his back right between his wings, he ignores the significance of it but it seems to relate him to an old legend

6: armblades normally closed to his arms but can extend horizontally for battle, when charged with etheria they emit a lighting like aura and grow double it`s size

7: stand by mode, when non in synch with Izio, or just exhausted, Vyse takes the form of a small, 30 inchs chibi version of himself (http://www.furaffinity.net/view/12152601/ ) though he retains a good deal of his transformed strengh ( show when he stopped with a single claw an incoming car about to ram him over)

this is just a reference sheet, background story of both him and Izio will come in future images