Call Me Maybe by DragonFU 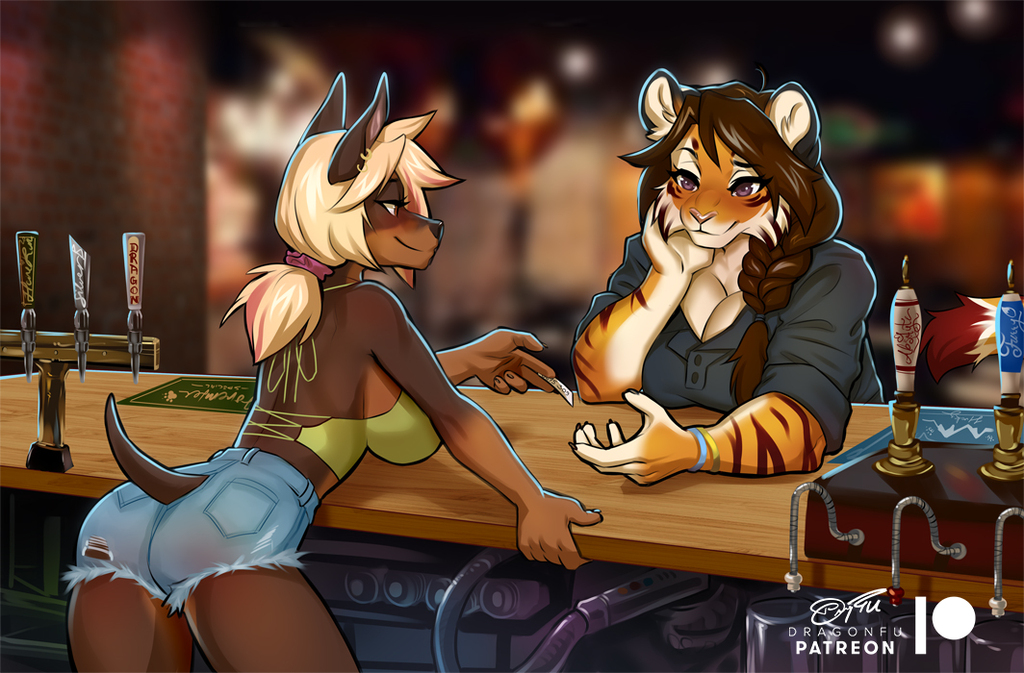 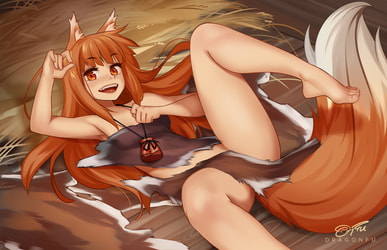 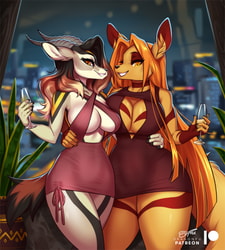 Jay was a bouncer, a tall tigress who worked in a glitzy club. Normally she shared her shift with Haley, a flirty little doberman who specialized in well poured drinks and exceptionally low-cut tops. It was difficult for Jay to keep her eyes from wandering down Haley’s shirt whenever they talked. Late one Friday night, Jay rescued Haley from a few handsy clients, trust fund brats who were trying desperately to act tough. It was such an ordinary intervention that Jay hardly paid it any mind, even when she cracked the leader of the tough guys hard across the face. He was a weedy little weasel, barely half her size, and went to the floor like a sack of potatoes. His friends lost a lot of their bluster after that and it was easy enough to get them out the door. They promised to come and get her, of course, but Jay only rolled her eyes. Threats were dime a dozen in her business. She returned to the bar and dusted her paws off for show. Haley smiled, not even trying to hide her relief. “What did those creeps want?” Jay asked. “The weasel said he had a limo out back. Wanted me to go party with him and his friends,” Haley blew out a breath. She seemed halfway amused now that the situation was over and safely resolved. “…Yeah, like no thanks. Not exactly my plan to get roofied tonight.” “They’re gone now.” Jay said reassuringly. Haley smiled, then leaned over the bar top, gaze suddenly very direct. Again Jay had to keep herself from looking lower, to where the doberman's low cut top exposed a great deal of brown furred cleavage.
"Thanks." The dog girl said, then was holding out a little slip of paper. Jay accepted with a smile. She already knew what the paper was but smiled all the same when she unfolded it to see a phone number and, written beneath in flowery script, a very elegant 'call me' bordered on both sides by hearts. She tucked the number away and couldn't keep a little smile from tugging at the corners of her usually quite stern mouth. By the end of her shift she had almost completely forgotten about the weasel and his friends. Little did she know, they had not forgotten about her.