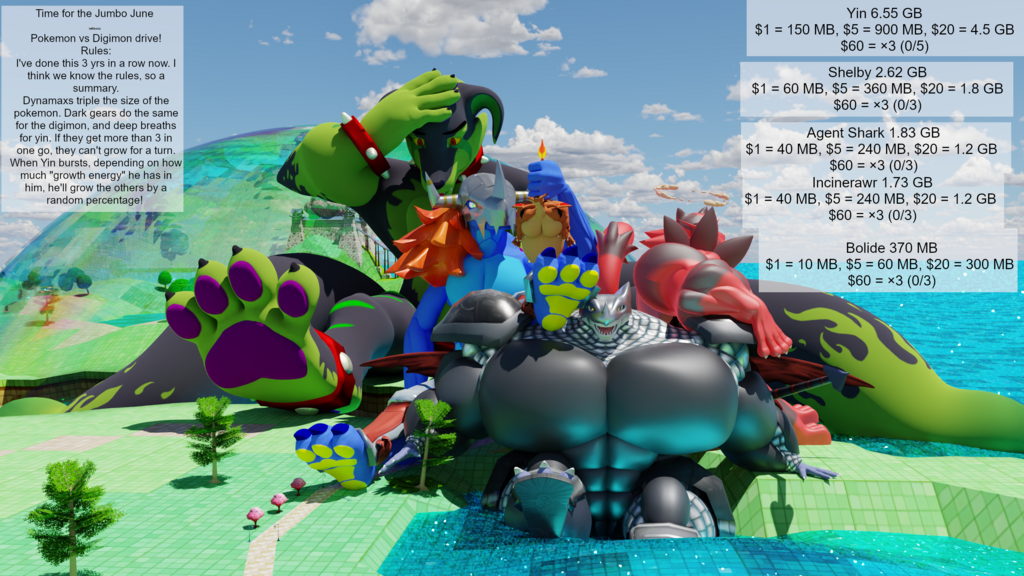 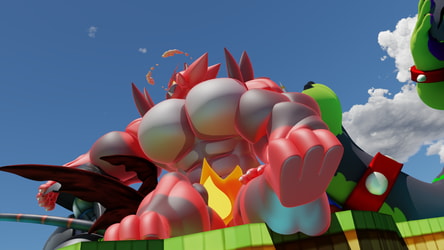 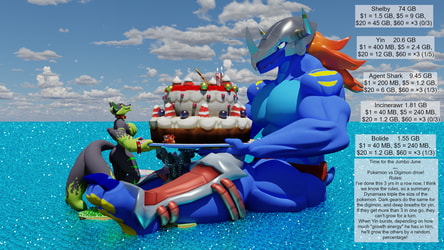 As part 9 began, so it ends, with an updated size tally!

Time for the Jumbo June Pokemon vs Digimon drive!
Rules:
I've done this 3 yrs in a row now. I think we know the rules, so a summary.
Dynamaxs triple the size of the pokemon. Dark gears do the same for the digimon, and deep breaths for yin. If they get more than 3 in one go, they can't grow for a turn.
When Yin bursts, depending on how much "growth energy" he has in him, he'll grow the others by a random percentage!