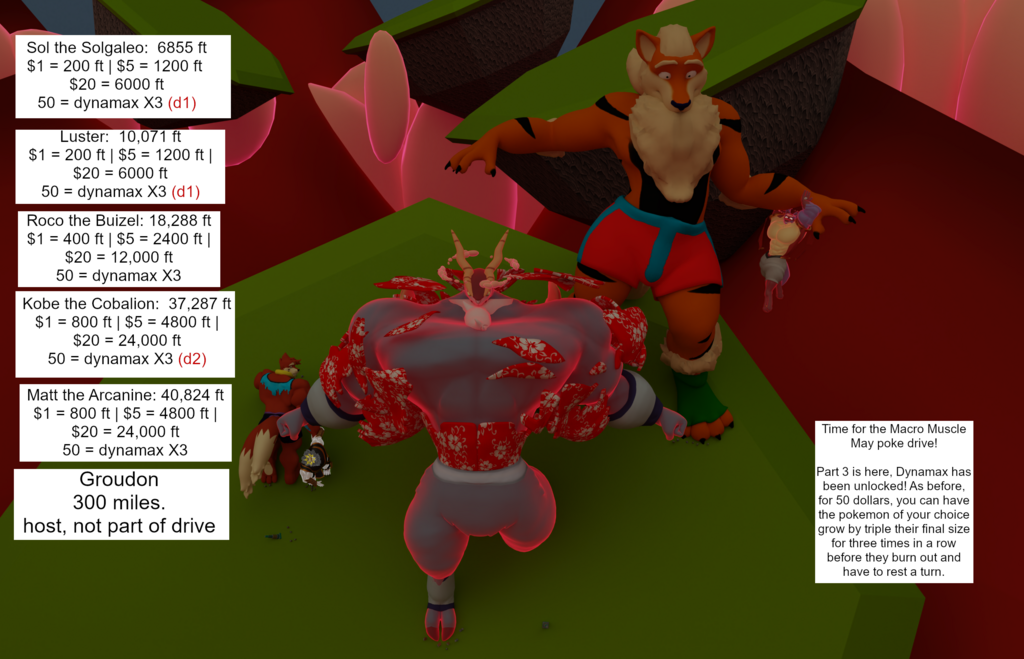 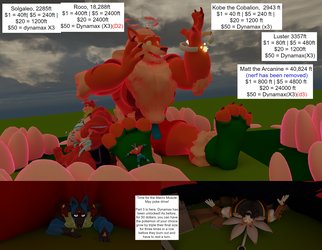 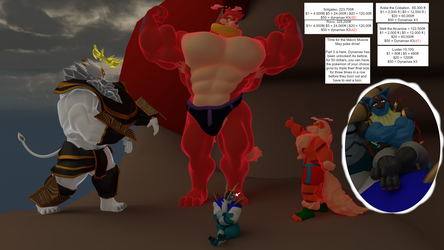 Time for a new host for the growth show. It's none other than the pokemon of the earth, GROUDON! where is he in this image? well... you see that red stuff under the ground that's breaking up? that's him. He is a whopping 600 miles tall! this should be fun x3. Also, due to the upheaval, most of the city that we came to love is now gone, tumbling away into the abys below.

Also, with a surprise burst in growth, kobe shreds his shirt and shoots up to being in 2nd place, while matt didn't grow a inch. Luster is hanging on as he grew, and roco is trying to keep his grip on sol galeo as the ground shifts and slides
to donate, go to this link! https://www.paypal.me/candyhalloweendrive?locale.x=en_US be sure to say in the note who the donation is going towards.