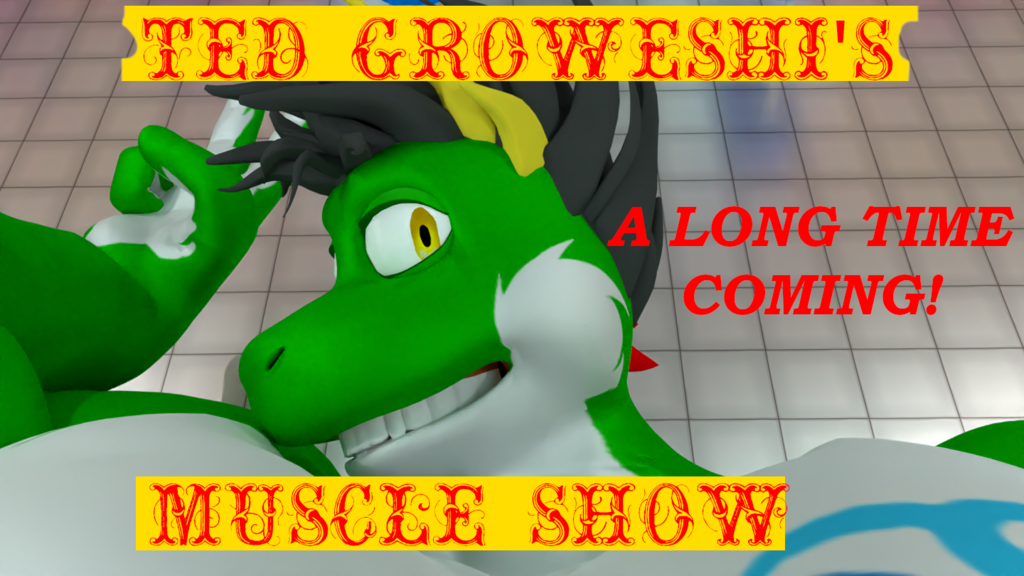 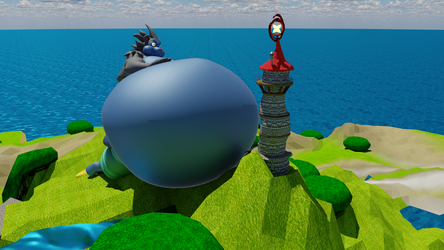 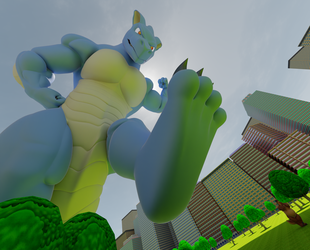 Here's my latest animation, currently only viewable on my patreon https://www.patreon.com/posts/ted-groweshis-50167312

It features an Iósi named Ted Groweshi showing off his expansive muscles. This was originally going to feature Growshi, then it became Yash, then Mctaylis. I started this in 2017. Then some stuff happened, causing me to loose motivation to continue. Fast forward to last January, when at the end of the month I made a birthday render for an old friend, which reused the gym backdrop. I decided to play what I had of the growshi animation, just to see what was there, and was pleasantly surprised to see how good it was. I had to finish it. I thought it'd only be a few weeks... turned out to be a months' worth of work, not helped by me procrastinating, and having a massive minecraft binge session or two.

It took so long, that the growshi in the animation, now called a Iósi, was no longer representative of Mctaylis's main character. So, after asking permission, he let me make the character my own. If you want to learn more about the species, go here https://www.furaffinity.net/view/41518344/
My timing is perfect, he JUST uploaded the Iósi character sheet. what a coincidence!