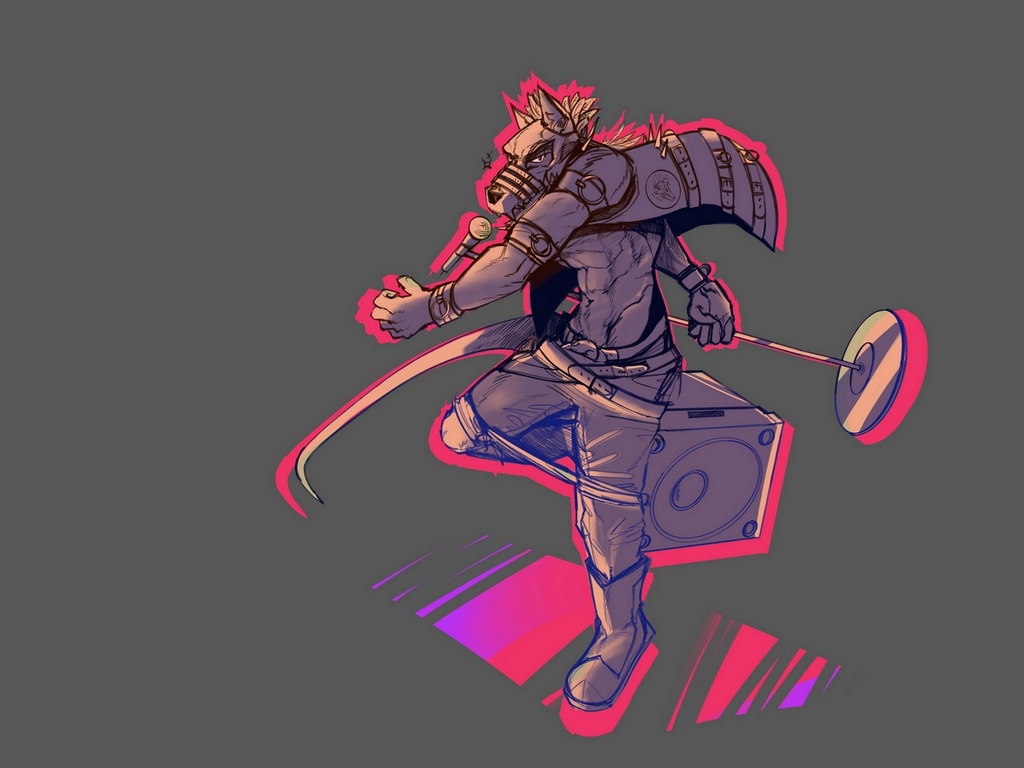 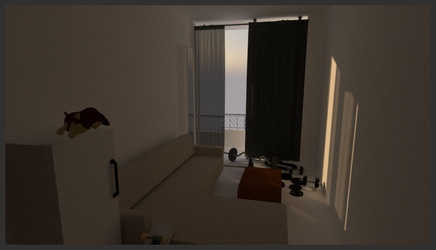 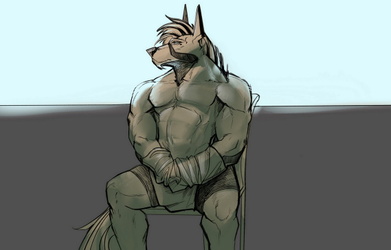 Commission for @TrashRatFelix (at twitter) of his character, Callum Owen Clarke. That's the tabletop character that he uses for the GURPS tabletop campaign I narrate for him and another buddy of mine. The world is essentially futuristic magic mercenary high school a la Final Fantasy 8 but with furries, and with other stuff. In a session, a NPC challenged him to make a concert and attract a huge crowd to it, or otherwise he'd get exiled from his hometown. The issue with the challenge is that him and the other challenged characters didn't know how to play instruments.

So they made a huge entertainment show instead where they could play instruments badly and nobody would mind, because the meat of the show was in the visuals. And that's the attire that one of Callum's classmates came up with.

It was a fun session, and the concert worked out and everyone won the challenge.