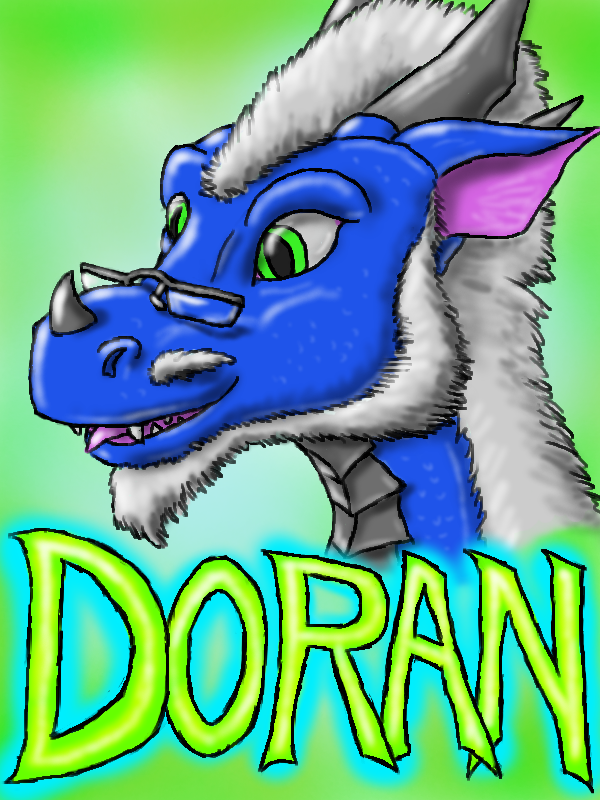 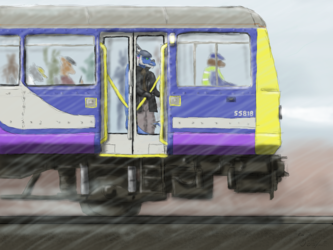 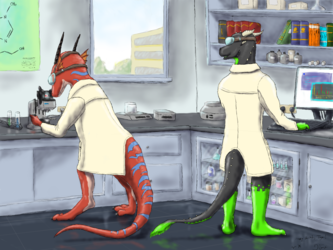 It's been a while since I drew myself a new badge/profile picture. Between the recently-restyled beard floof, my tendency to picture my dragon self wearing glasses more often these days, and the impending fursuit (eeeee!!!) I figured it was time for an update!

In keeping with the sort of appearance I expect the Doreysuit will have, I've deliberately gone for a sorta cute/cartoony look here. Also I wanted to make sure the name text was really big and prominent, because too often I interact with adorable and wonderful fursuiters but afterwards don't know what their name was because I couldn't read their badge text. ^^;

So yes, in addition to 'yay new badge/profile pic' this is a thinly-veiled way for me to geek out that much more about my upcoming fursuit. ^^