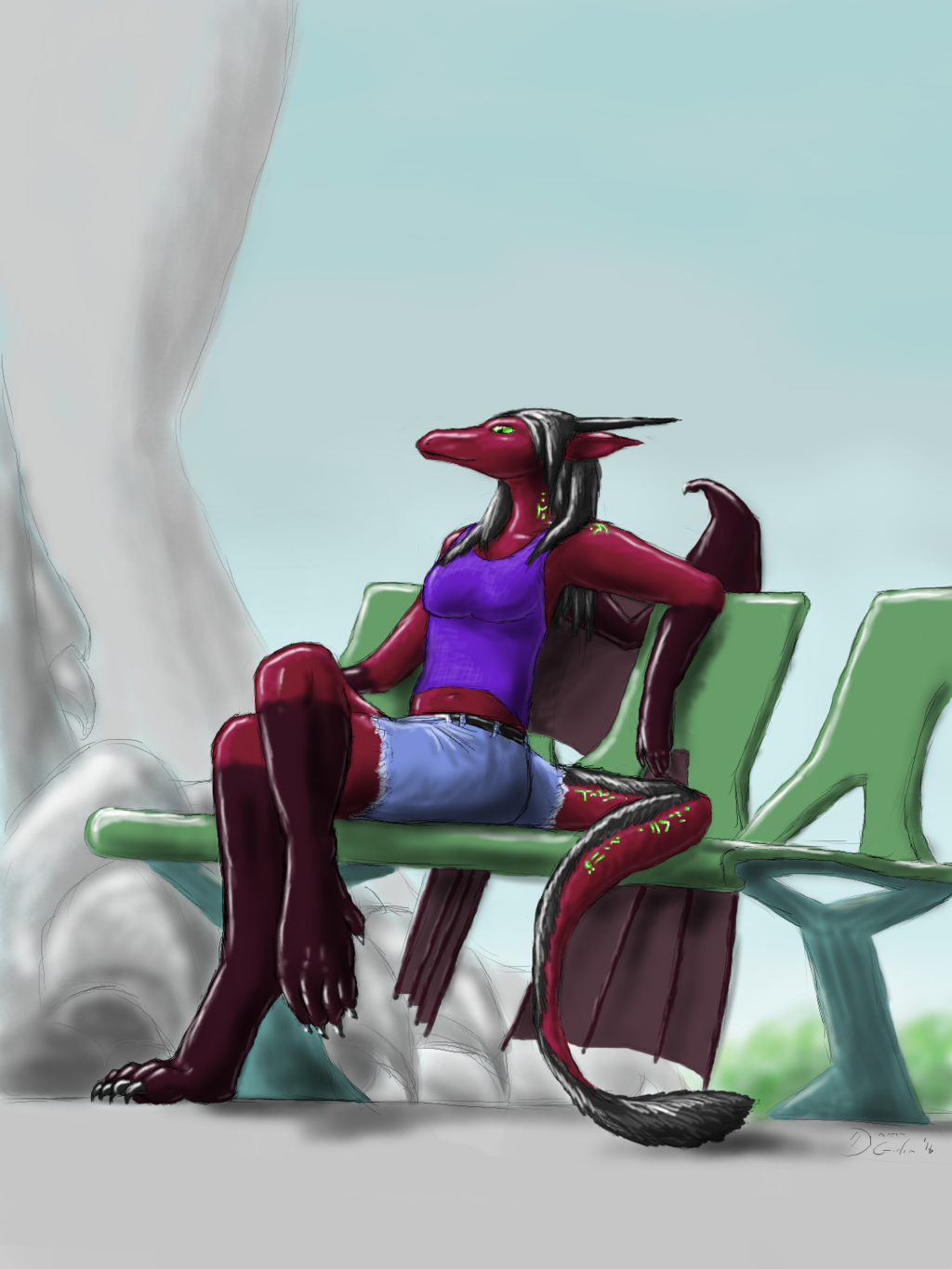 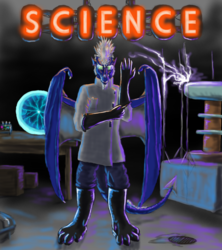 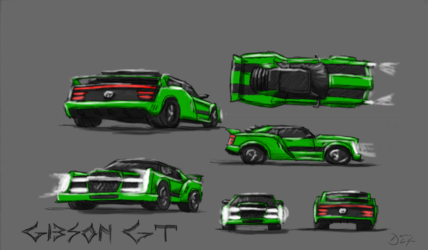 A birthday gift for my friend Amber, of her character Remaya. If she looks somewhat familiar, it's because Remaya was created through a magical incident that merged my character Naya with Amber's kitsune character Remina. She possesses much of the combined magical abilities of the two characters, while gaining a new and unique blend of Naya's darkness and insecurities (and enjoyment of paws) with Remina's casual sense of mischief and carefree approach to life. Both characters have their own sort of vanity as well, making for some occasionally interesting results. The looming paws in the background, for example, are the result of a day when Remaya was feeling particularly playful and decided to remodel a large city monument into a giant statue of herself.

She doesn't generally cause any real harm, but uh... it's probably best to stay on her good side all the same.