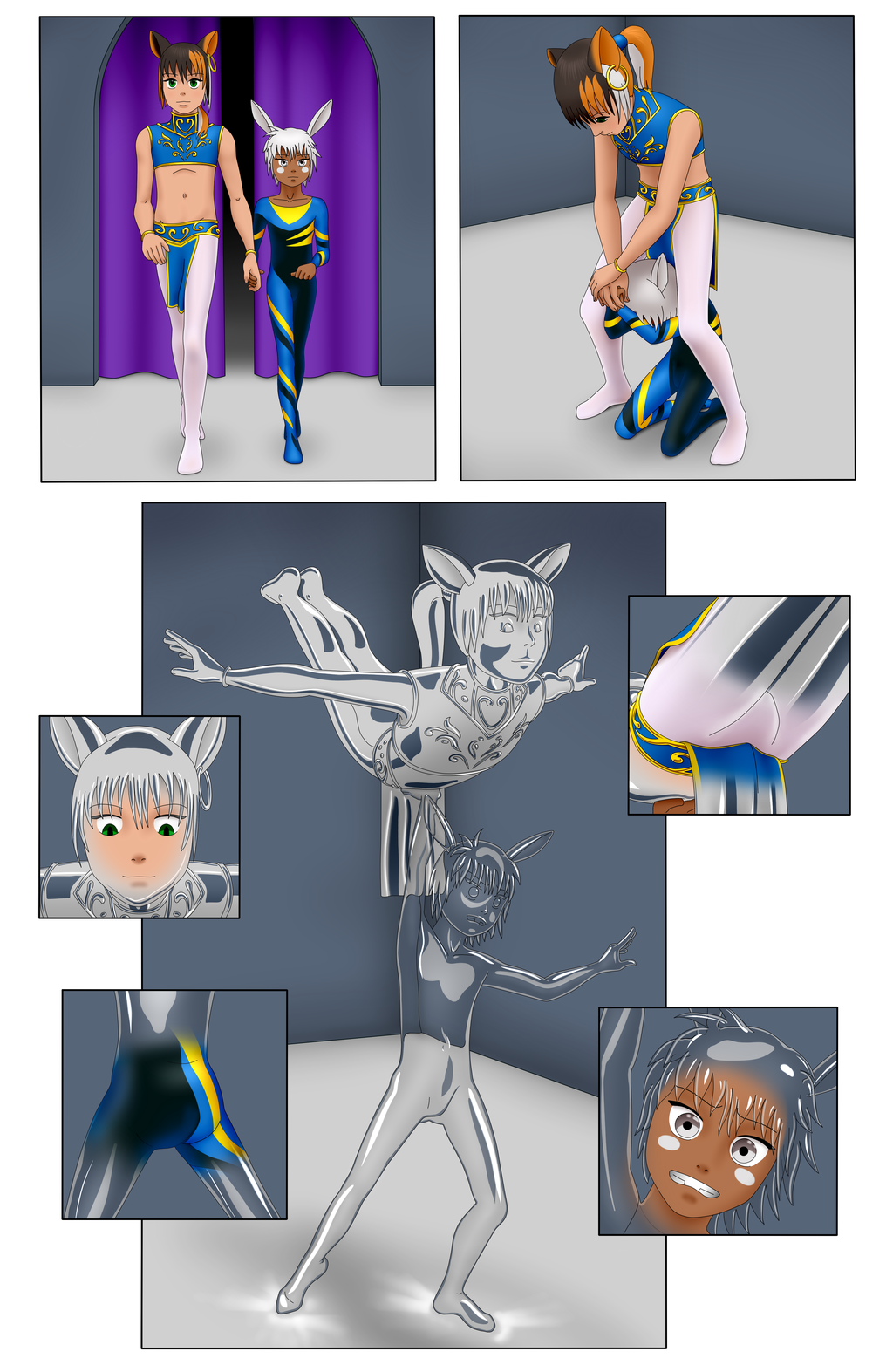 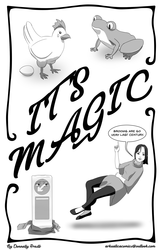 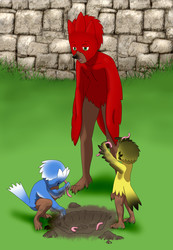 On a previous Milk and Calico adventure, Rick and Morty portal'ed into their world, and they stole Rick's portal gun to have some fun. The first world they randomly jumped into was a magical elf world, where performing the arts was thought of very highly. The portal which Milk and Cal' came through opened right in the middle of a performance, which caused a great deal of indignation among the elves. Before they could portal out, the portal gun was confiscated and as punishment they were enrolled into the dance school. They were promised to get it back upon completion of the dance course, which proved to be quite lengthy.
Now here they are sometime later, about to give a performance of their own. Each time they complete a particular dance set, they must perform it to the judges. Only a perfect score will allow them to train for the next set, so they must get it right or it will be a long time before they are allowed to take the test again. Unfortunately for them, their elf teacher had become quite weary of their frequent complaints about how difficult it was to hold this particular pose. And so, right as the position was achieved, the teacher worked his magic on them. Calico transformed into solid immovable silver while poor Milk underneath, transformed into crystal. The dichotomy of their new forms and the perceptual fallacy in which way around one element should hold up the other, was not lost on the judges. They lent forward, eyebrows raised and mouths agape. Then smiles and applause,
'Such exquisite art!'
'My compliments to the teacher!'
'They shall have top marks once they are returned to their natural state! Say, when will that be?'
'Oh... in perhaps two hundred years.'

So it looks like they'll have plenty of time to get used to those positions now. XP