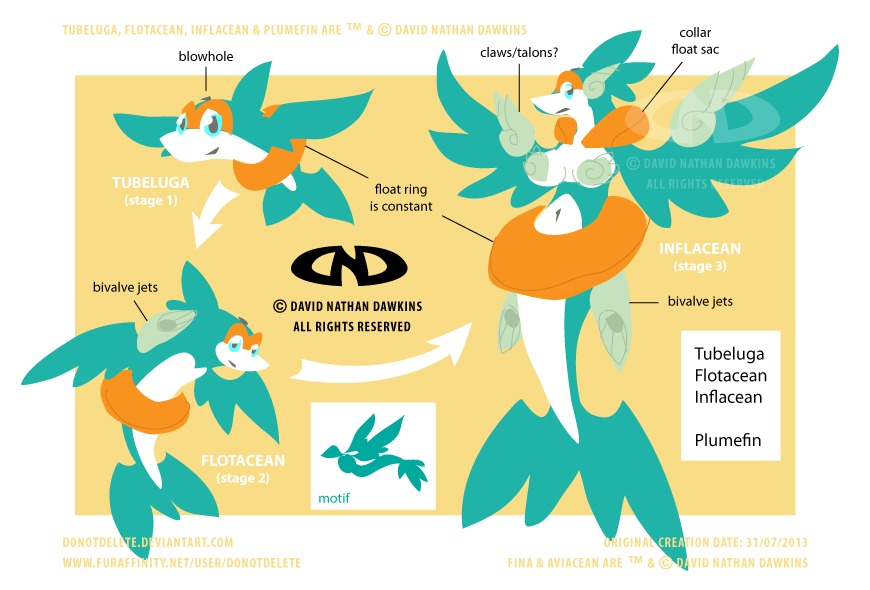 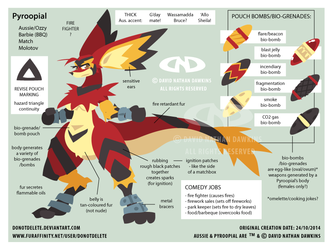 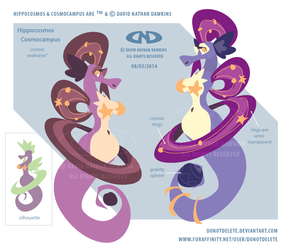 Note: the concept of 'evolution' has been abandoned and will not feature in my comic project.

Early on in the development of my comic project I considered using 'evolutions' (per the world of Pokemon). I later realised that the whole evolution thing actually had very little to offer in terms of comic humour - and by then I had actually begun to err on the side of distancing my monsters from anything in the vein of Pokemon.

Henceforth the monsters in my comic do not 'evolve'.

It's not strictly speaking 'evolution' anyway - it's metamorphosis.

At this point in the design process I hadn't actually even coined Fina's species name 'Aviacean' - Tubeluga, Flotacean and Inflacean are just as clever portmanteaus but in the long run I think Aviacean serves best as the most scientific-sounding species name.

I'll move this to scraps later.