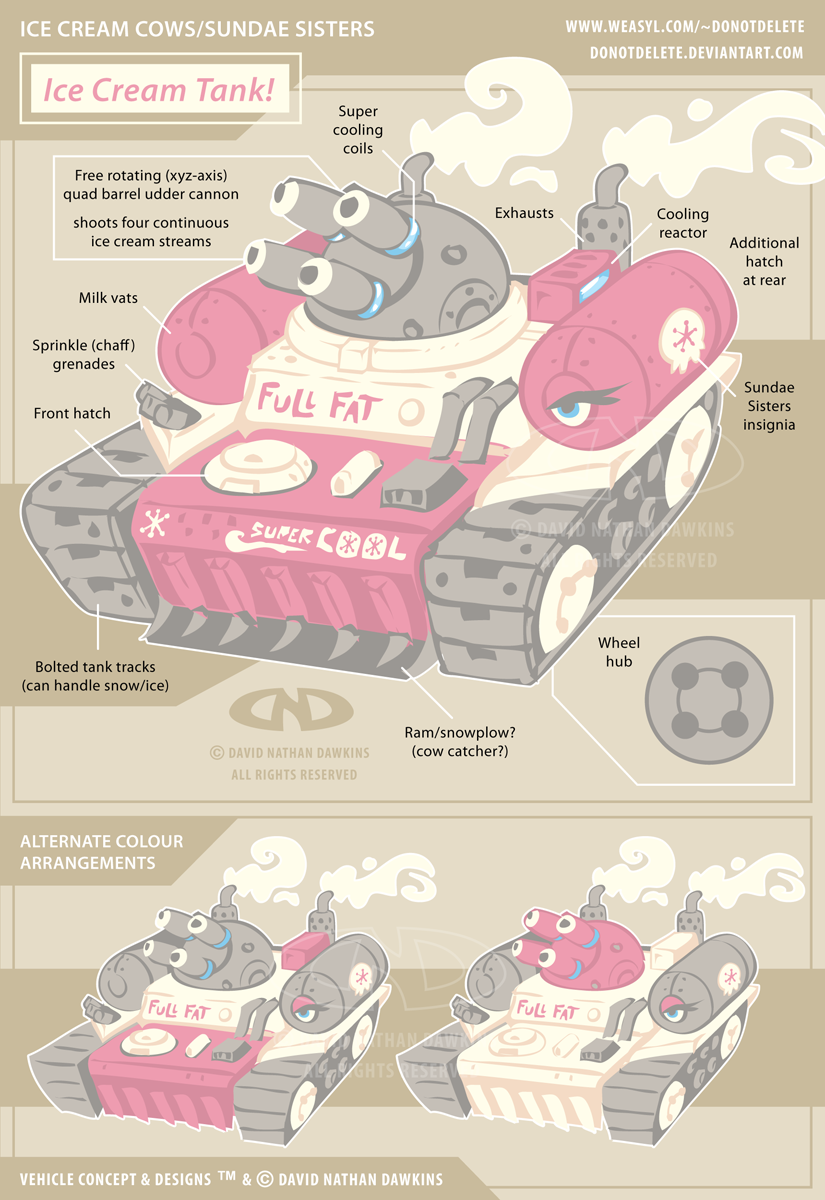 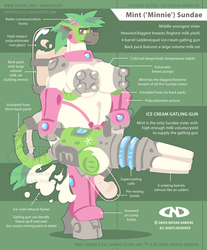 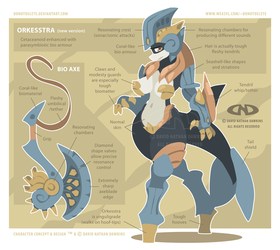 My idea for the Sundae Sisters - if they are to be criminals/villains - is that they would steal technology/weapons/vehicles and adapt them for their own unusual purposes - in this instance they've stolen a tank and adapted it to fire streams of ice cream in very large volumes. I'm not entirely sure why they'd do this - but it still seems like an entirely fun and wacky concept - even a year on from my initial conception of this idea.

This is of course tongue-in-cheek - presented as totally serious concept/idea - but also in full knowledge of how ludicrous it is. That doesn't make it any less of an awesome idea - if I do say so myself.

This is not a final design - it's still little more than a poorly adapted Warhammer-style tank at this point. I've since had many ideas about how to improve/streamline this design into something more aesthetically pleasing/futuristic.