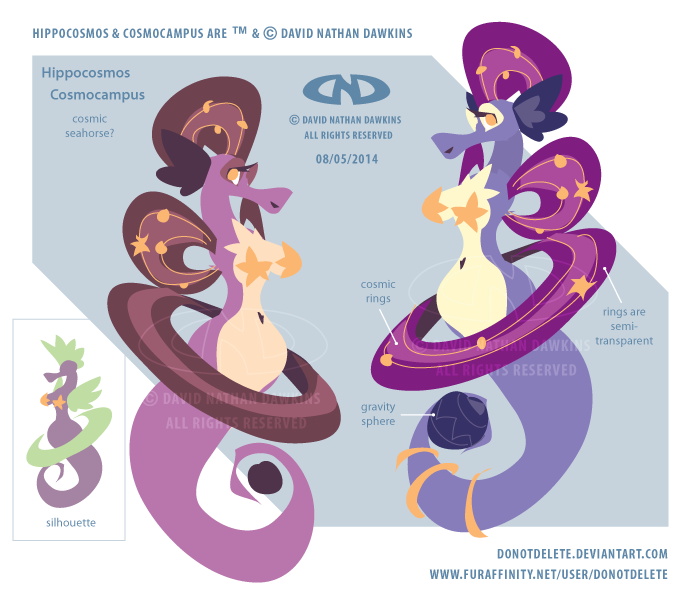 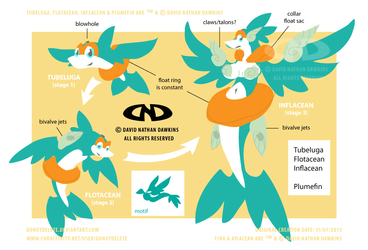 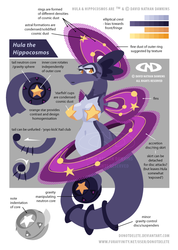 Very early concept draft of what would eventually develop into Hula the Hippocosmos. Hippocosmos being a portmanteau of the word 'hippocampus' (the scientific name for a seahorse) and 'cosmos'.

I did also consider 'Cosmocampus' as a species name but 'Hippocosmos' won out in the long run.