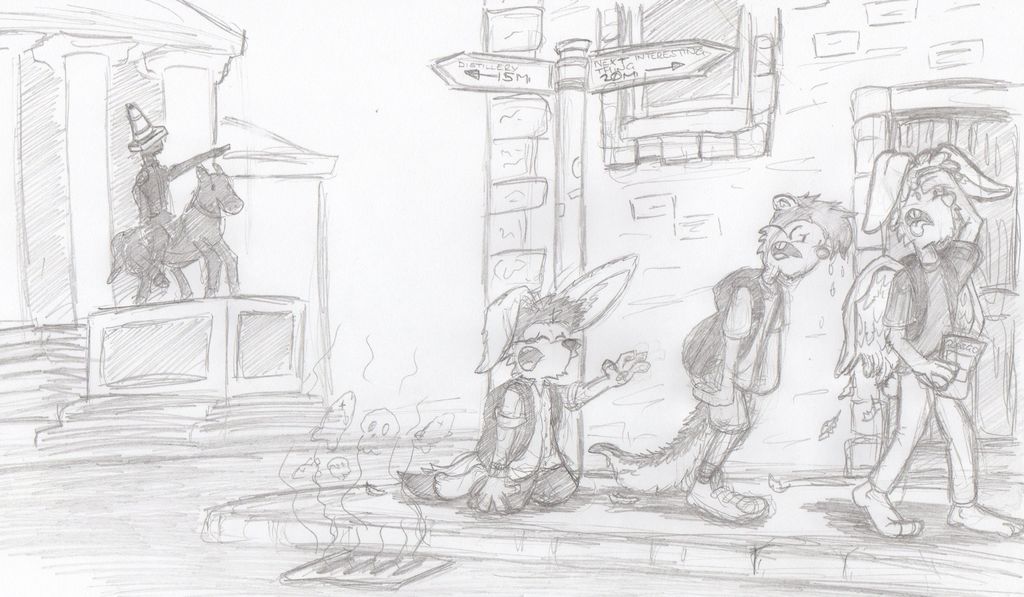 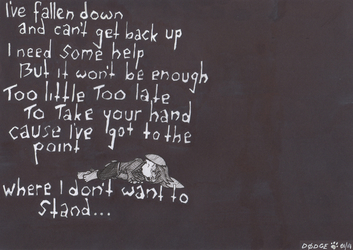 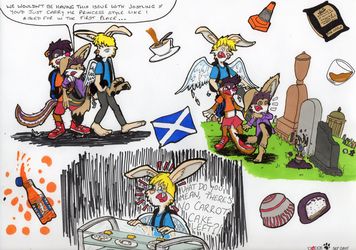 So I recently had

come to stay over and during his trip, we went up to Glasgow and met with the awesome BeAy (Battle Angel).
As there's quite a lot to do in Glasgow (including going outside the city to a Whiskey Distillery) there was a hell of a lot of walking involved ... endless amounts of walking.

We experienced many things. Walking, Whiskey, Walking, Smelling different bottles of questionable liquids presented to us by a woman with an unidentifiable accent, Walking, tea, Irn Bru, Sewage from the fishmongers near our hotel that smelt like urine and rotten fish guts, Walking, Lime Green Police Boxes, cock-loads of dead people, Walking, Tea Cakes, Japanese food, accidentally booking our stay on the night that Scotland was playing Germany in the Euro league and thus ended up paying twice as much for the hotel as we should have done despite none of us really liking football at all, and a statue of Wellington with a Traffic Cone on its head that is so popular that minor celebrities have gone to great lengths ... on Facebook ... to keep it.

I pencil sketched this on the first night there after I was done crying with my feet in a bucket of ice water. I do plan to ink it at some point ... dunno when though. Watch this Space.