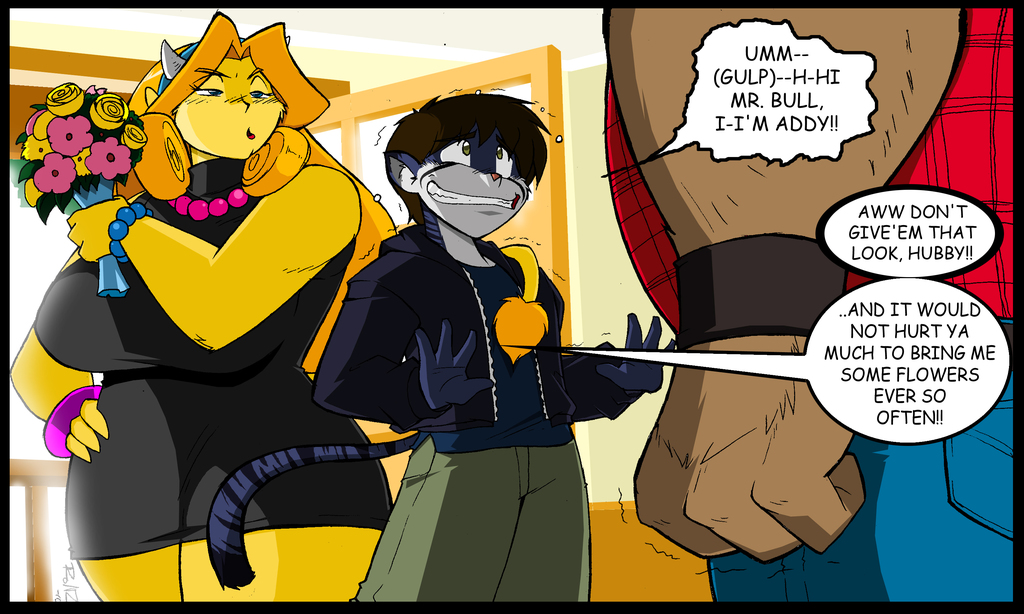 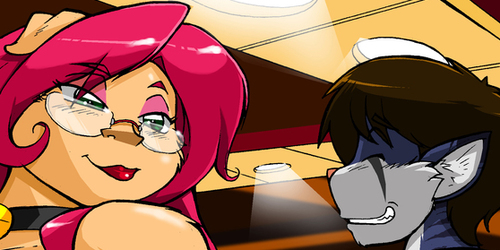 How did this happen? Addy was going over to visit one of his teachers, Mrs. Bull for some private tutoring at her home. Wanting to be nice, He decided to bring a bouquet of flowers. He arrived at the house and gave Mrs. Bull the flowers. However, he didn't realize his little gesture would be taken the completely wrong way by Mr. Bull, his teacher's enormous, ridiculously strong, trucker husband. Addy's trying to explain it wasn't anything like what he thinks it is but it doesn't look like this is going to end well for the Maltese Tiger boy.^^;

This was one of two commissions I asked for from shonuff44. I love his art. His style is so cool and slick, his characters are just as cool and fun, and he draws really sexy furry/non-furry girls. The prompt for the pic was pretty much like the story above; Addy bringing some flowers for Mrs. Bull and being intimidated by her husband. I love how shonuff captured my fursona. Though, I generally think of my fursona being about my size like 6 ft. but I don't mind this. It's more amusing for him to be a little guy being intimidated by Mr. Bull. I really love this and the other half of my commission from him, which I'll post next. Enjoy.