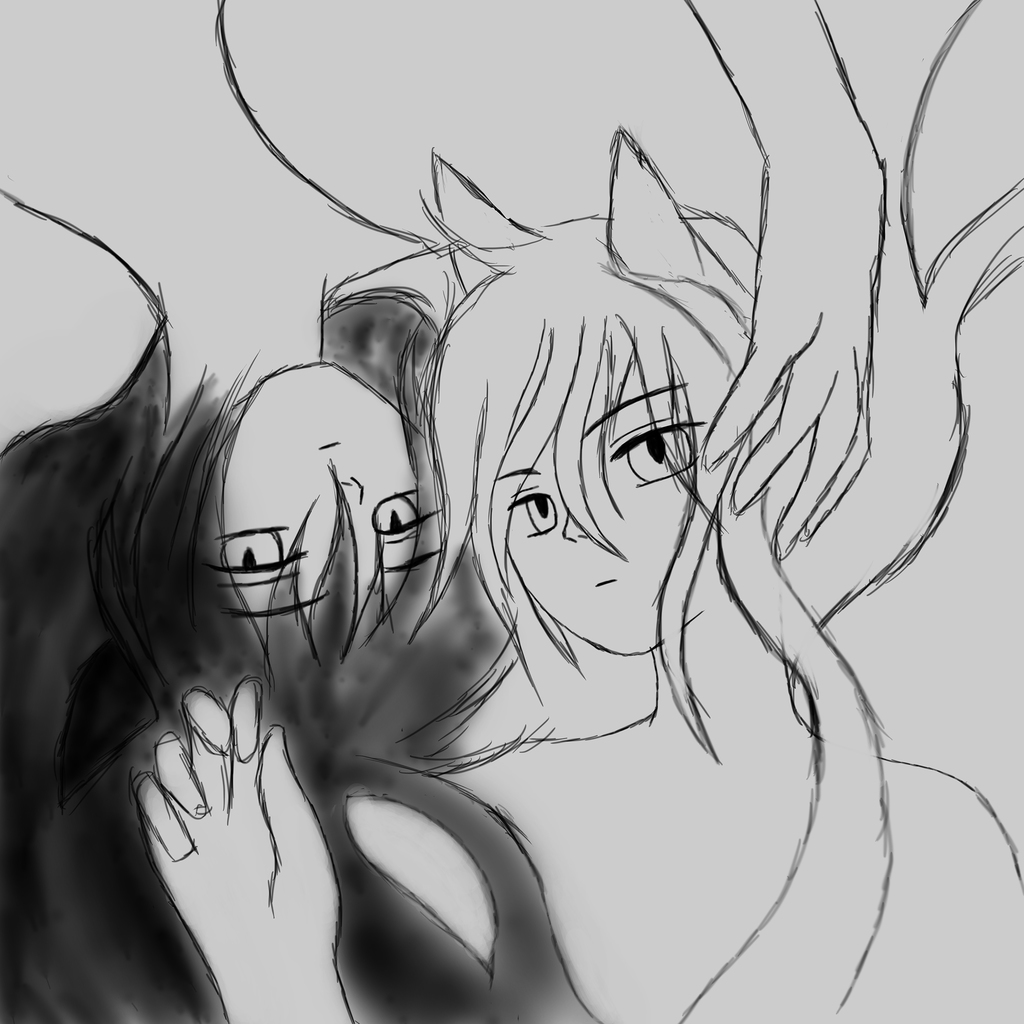 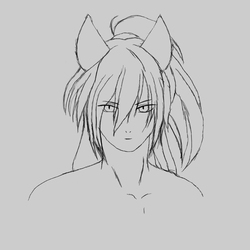 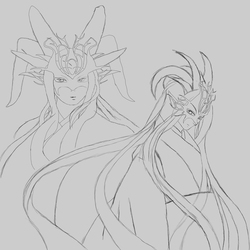 [NOTE] Insomnia can be a relatively good motivator to do things, when you're too tired to spend a lot of time on something, and too awake to actually sleep, you end up with a lazy sort of setup... this is by far not as good as I would have liked it to be, but it was a relatively quick doodle that helped me to wind down my thoughts.

My coloring jobs might be better... once I actually have slept and spend more than a couple of hours on a piece... maybe once I steady my hand to make less 'scribble' lines and make these a bit cleaner with longer and less sketchy lines as fengzhou suggests, I'll be comfortable enough to try painting my own.