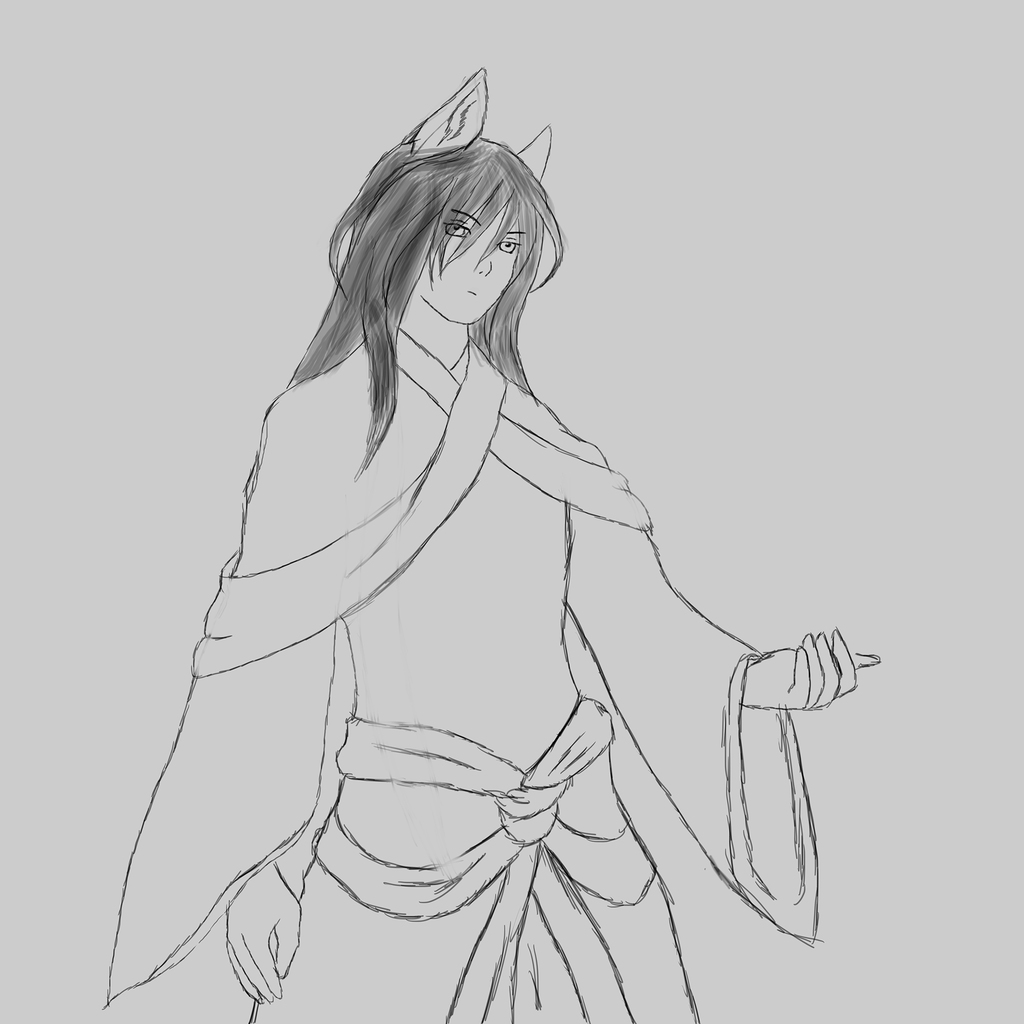 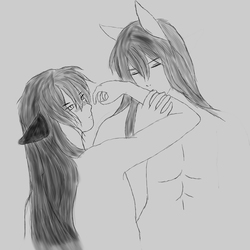 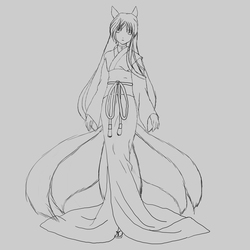 My nerves had reached a point of shocked discomfort I couldn't readily shake from my thoughts, pacing back and forth and chewing so evidently on my thumbnail, I had longed for a reason to escape...

In the corner of my eye I could see him changing, the council preparing for another season's discussion, he had taken to dressing in the appropriate robes lain out, the white trim of thick fur that trimmed brocaded silk of dark blue, silver, and purple, stood in direct contrast to other attire he normally wore.

I remembered the tight leather and honed armor pieces that he often had on when he went out to work, the same sort of armor worn by others of the Royal guard, and my own personal watchers, was suiting given how snug and contoured it seemed to sit on his frame, I often found myself thinking of helping him dress within them, touching the curves of his body, the arch in his shoulders, and the firm structure of his chest and arms, I worried for him being injured and often asked. 'Why don't you wear the suits? Or even chainmail...?' and was just as often chastised that they were cumbersome, restricted his movements, it was easier to get out of an enemy's aim or way, if there was less to hinder you.

Now however I saw the ocean-like colors he wore as more sheltering than even the most stalwart of armors, he stood in the fur lined robes with a regal bearing that I found myself flustered over, as I stared at him, and paused in my worried pacing, my own clothes matching to his own, I murmured softly. "...you...look like a king..." as he stood and adjusted the furred hip-guard across his waist, and then dusted the flared sleeves, he seemed to gain a calm demeanor and face and held out his hand to me in reply.

It was a humorous word, the smile he offered me following his jest, calmed the last of my fears, and as I moved closer, and set my trembling fingers within his own still, warm hand, I found myself looking towards his understanding, calm eyes, and I swore, somewhere with the gods... I had fallen... all over again.