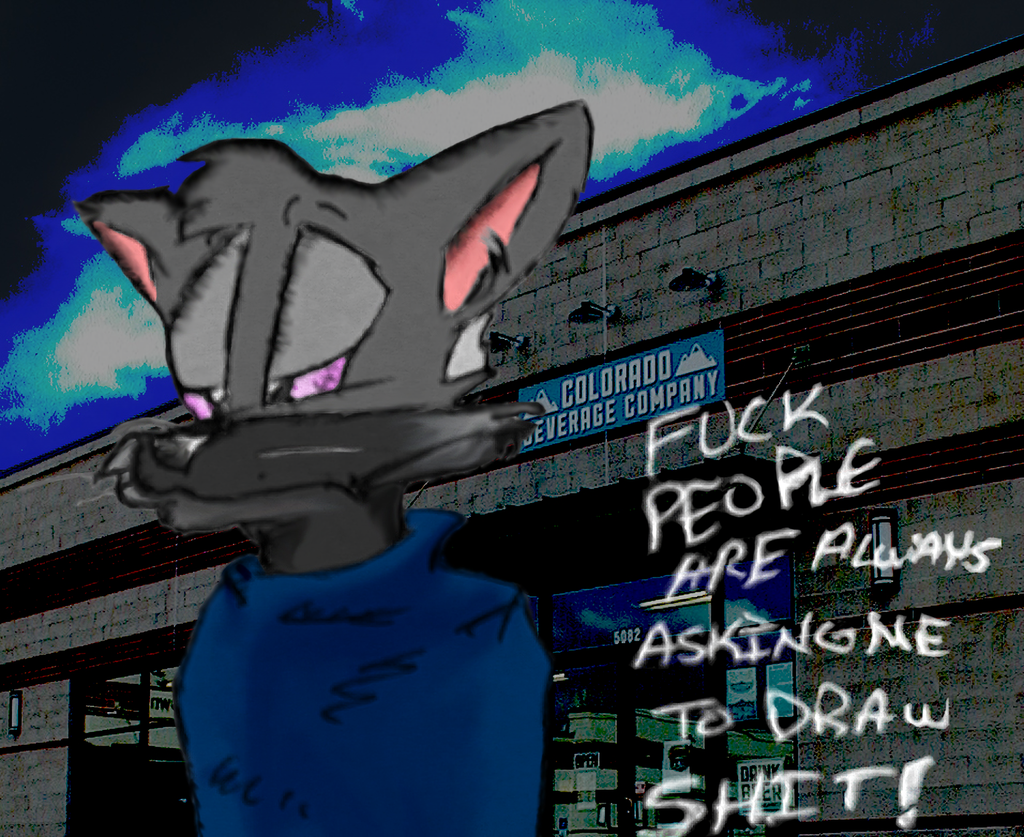 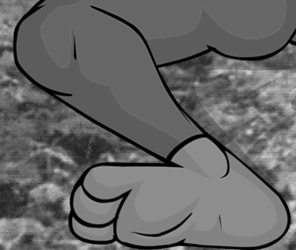 This was reworked digitally from a snapshot I took from a Nikon E900 from a napkin, then plastered over another actual snapshot I took elsewhere (a booze store.) Denver cityscapes rule. If anybody's got a thing against napkin drawings, they can blow me, especially (in general) the mods of every furry site besides FA who think they're running an Indiana Jones lost relic museum, truly believing that they're the sole curators of quality content. We know that credibility is thrown out the window just via the fact that MLP is a thing that continues to be perpetuated universally. Give me some rough sketches over TV quality Flash animation lack of linework and supertweens any day.

Visit {{ToonPimp.net}} for more works similar to this one (NSFW!). I coloured this one in; art is drawn by, and the sole property of ToonPimp Jones.

{{Support the Run or Rape cause on our UltimateROR Patreon!}}
{{Support foot fetishism interactive medias at the Pod Union!!}}
Visit ToonPimp on his {{Weasyl}}.

Catman Johnny (???) is © Immoral Enterprises. We're not entirely sure on the name though, but this is what I'm sticking with for now.