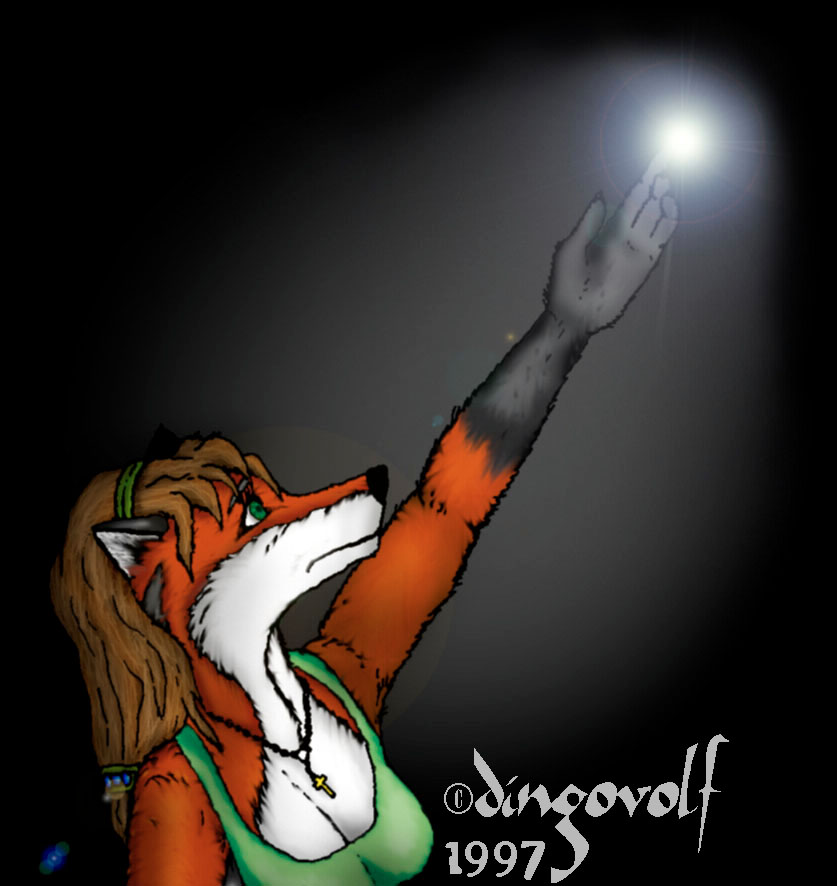 Done in 1997 before they had invented computers! Heh, nah, but you can bet this was done on a VERY early version of Photoshop.

I -think- I had sketched and inked her and then scanned her in and painted things from there, but this was so long ago, it could also have been aliens, that did... something... right?

Digital end done using a mouse with a heavy rolling ball inside of it. Technology! :)