Kicking the Tires by DimeSpin 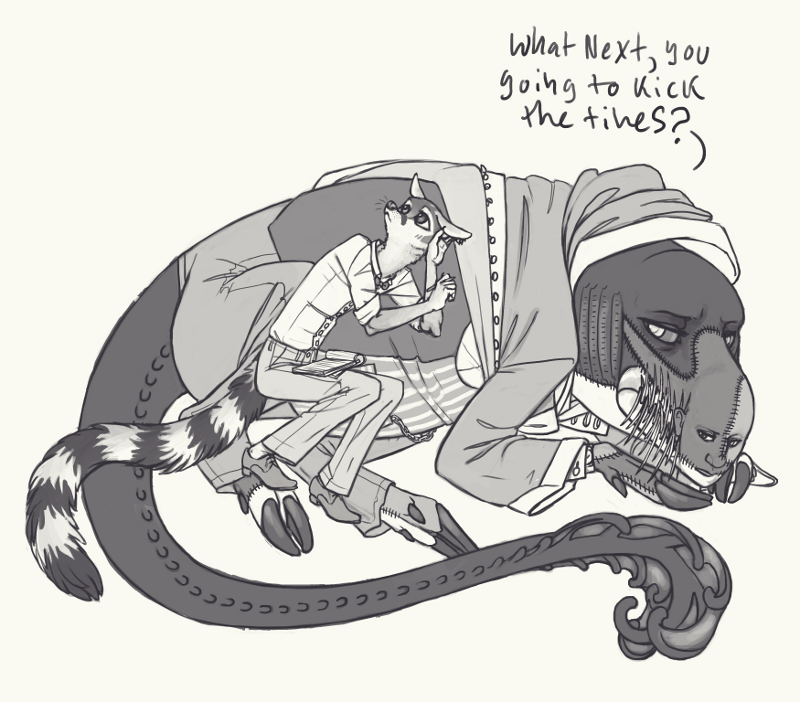 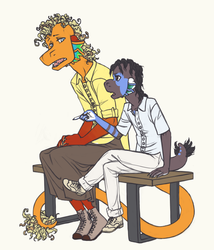 Cecil, who studies Agents, knocking on Parker and trying to listen for hollow spaces in the magic in his body. He would have preferred not to have to listen through so many layers of clothing, but this was about as compliant as Parker was willing to be, as he doesn’t actually appreciate being researched.

Agents develop hollow spaces for many reasons, including losing magic body mass due to depression, having another Agent growing in them, and making themselves appear physically larger than they have the mass and attitude to sustain by making themselves into swiss cheese on the inside.

I caught the creation of this sketch on livetsream, so I was able to make a video showing me drawing it start to finish (sped up, because it took several hours originally). You can see it here: https://vimeo.com/33993211