I will admit one thing. I am afraid of bugs. I don’t like those little creepy crawly things. I can’t imagine having that many legs at all. I would look at those things and wind up afraid. I don’t know why, but the thought of well, everything on those bugs just disturbs the heck out of me. Creepy crawly critters, I’d call them. This resulted in a lot of stuff happening where people would torment me by putting a bug on me.

I actually jumped massively when I saw an ant hill. I didn’t even like playing Sim Ant - at least I wouldn’t go all homicidal whenever I saw a bug. I sort of tired to at least let the creepy crawly critters go. I know, I’m afraid of them, and was probably responsible for all sorts of bug manslaughter when I brushed bugs off of me or swatted a flying bug into the wall.

But really, can you imagine what it’s like to be a bug? Well... After a few horror movies like The Fly, I could. I mean, eating decay in an eat-or-be-eaten world. Having no sense of identity. Sure, it may be interesting to fly around but holy crap, it’d be freaking scary. If you’re one of those giant hornets whose sting can dissolve human flesh, then bees surround you and boil you to death.

Yeah. I used to have nightmares about bugs.... that’s when I had unsettling dreams. I guess you could say it was kafkaseque. You know, like that Metamorphosis. I promise that what happened wasn’t exactly like that. You know, where someone turns into a giant dung beetle and is treated like shit (har har) for the rest of his life because he is well, a giant bug. Oh no. This is much much different. Consider this to be not quite a bug, but more of a bug-based demon.

I woke up after having a nightmare about having all sorts of legs. All of them. All of the legs. All six of them. I shivered just a little bit, before suddenly feeling a strange cut around my chest. My arm went numb all of a sudden. I stepped out of bed and noticed my hand. It had grown to double the size of my other hand. It swelled and swelled, then swelled more. It was huge - almost like a lobster pincer. And it was covered in blue waxy chitin.

My shirt from my PJs tore immensely as my body widened. My shoulders broadened - almost like it was with muscle. But I tapped on my shoulders with my other hand... it felt much much harder. Armour. Chitinous armour. I looked over at my stiffened arm, seeing all of my fingers thicken, two of them merging. Thick, black claws. I maneuvered them a little bit, it’d require a little bit of getting used to, but I could probably managed.

My forearm felt much much heavier. I almost felt myself bending forward a little bit as my other arm exploded in width and length. I could almost brush the ground with my modified hands. I don’t know how it felt, but when you have armour, almost everything feels numb. The armour continued to thicken and thicken. My entire body started to become encased in this blue chitinous armour. It almost seemed to be restricting my movements a little bit.

I lost a great deal of flexibility in each of my limbs. Sections formed across my old joints. I suddenly remembered; in this way, Arthropods were almost like machines. I couldn’t feel any bones anymore, after all my armour was enough structural support for me. I squeezed both my talons together, clicking my thick talons against them. I had wide shields attached to my forearms and my hands. Perfect. Not only could they function as defense, but as offensive pummeling weapons when I can’t grab somebody with my vicious talons or scratch them.

My shoulders bulked up more and more, extending a little past my head. I must have looked a little like a hunchback this way, but who cared. All of my hair fell, as my eyes lost all definition, becoming solid white orbs. Just like what you would expect out of a nightmare. My face started to push forward, bones completely gone inside my skin. My teeth still remained, growing quite vicious looking. My head looked almost spade or wedge shaped, just like a reptile’s face. I cackled a much more mischievous laugh, but I was too top heavy to move around.

My toes were completely numb. My waist seemed to wither down a lot, several more cracking sensations at my back. Two thick domes formed, parting into a set of wing stabilizers. You know, like what beetles or ladybugs have. Two more membranous wings erupted from underneath these domes. They parted quickly as my wings fanned a little bit, cooling the air down and causing a buzzing sensation. I still had not changed into this nightmare creature yet. Normally I should have been frightened, but I wanted it more and more.

My lower section, around my waist, seemed to expand by a huge bit. I became more and more top heavy before it bent over at a ninety degree angle. My shields and my talons still brushed the ground, even as I grew more and more. I felt my legs crack apart at an almost one eighty degree. Had I still had bones, they would have been broken into tiny little pieces. A million tiny little pieces, just like any petty less nightmarish creatures I no longer needed toes, my feet were just like small claws, like those of an arthropod’s. They dug deep into the ground, crushing the carpet.

I could barely stand. I needed more legs. Two more legs erupted, one from each side of my new abdomen. My abdomen seemed to pump up like a balloon, growing much larger in length. I would have smiled more and more, had my chitinous body allowed it. I almost seemed to have a smile on my face... after all, a nightmare should always look like it’s about to eat you. I still couldn’t stabilize myself. Two more legs grew, giving me a total of six legs. My body must have looked very much like a taur by this point. A hex taur?

Finally, I let out a vicious sounding cackle. I wasn’t a bug. I wasn’t a creepy crawly. I was a demon. A nightmare. A creature made to kill. Something from my own nightmares. I couldn’t just stay in this tiny room. I was as big as a horse, if not even BIGGER due to my tauric body. I quickly smacked the wall down and spread my wings. I hovered in place like a helicopter, hovering in place like a helicopter. I must have violated so many bits of physics. I could still breathe normally. What could I destroy first...

I tested out my powerful shield arms and my talons by mangling a tree. It fell to nothing. I cackled more and more. I didn’t notice it at a time, but I have energy surrounding me. Nightmare energy. Core energy. I had officially conquered my nightmares of these creatures by becoming one myself.

Not a bug. A nightmare. A nightmare creature of a bug. Stay out of my way... I can eat a surprising amount. Anything. I’m like Cho’Gath or Kha’zix. But I am not. I’m Kazor, I’m from a completely different place, maybe a void that lays parallel to that void in League of Legends. Or maybe I come from the Core of a moon... who cares.

I’m your nightmare now. I suggest you run, lest you become my next meal, or feed off of the nightmarish dreamy energies that I command. If that’s the case and you decide to become a nightmare creature like myself, then what will you become? 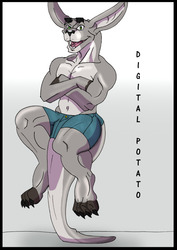 20 minute story I had written.

Not much details - and a Kazor is a Magi Nation creature.