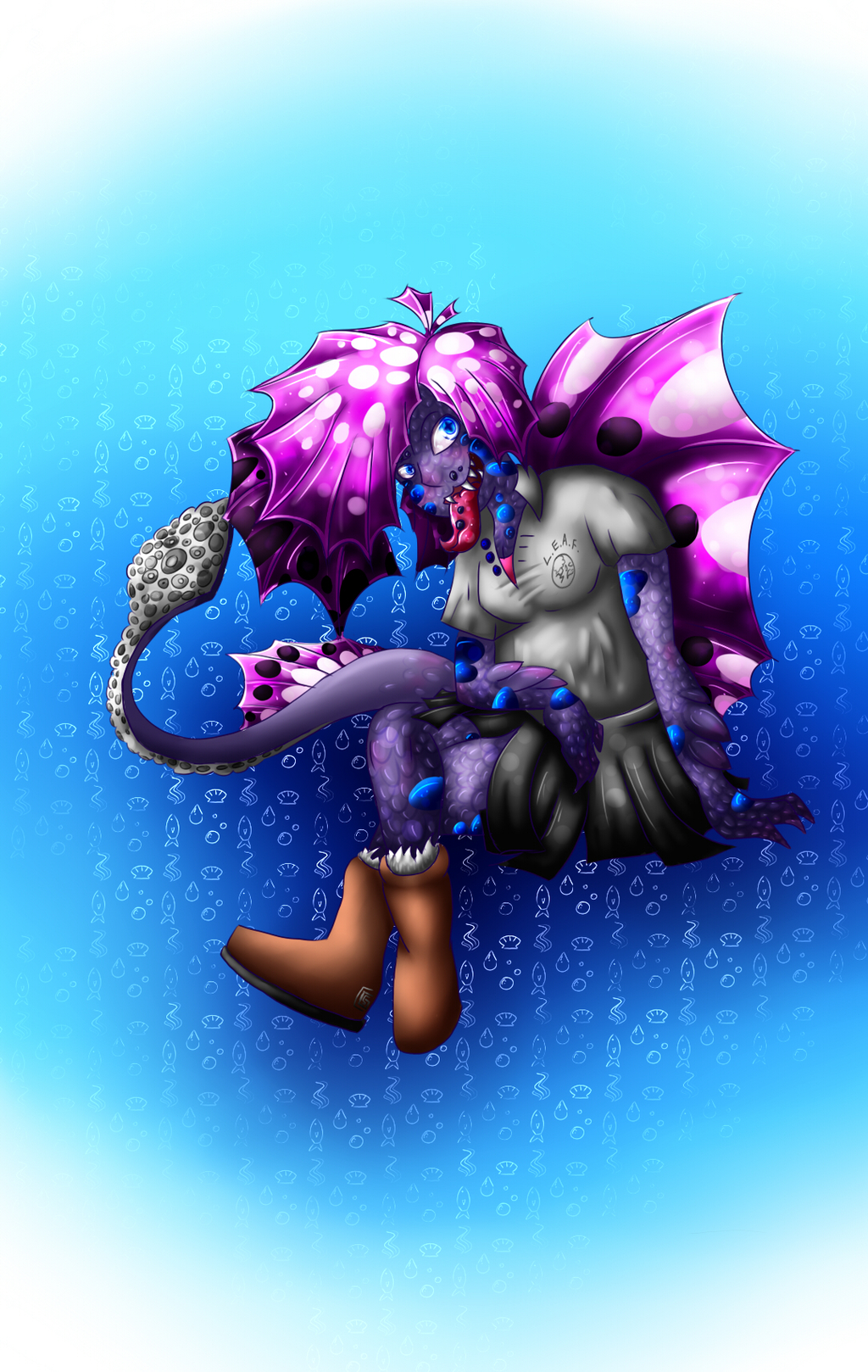 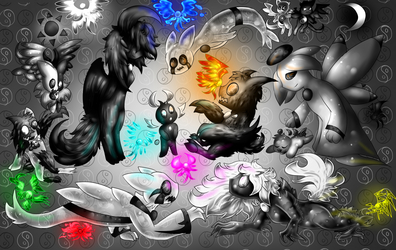 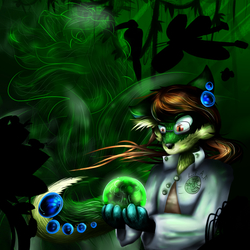 This is a digital redraw of my original Dianna "Finn" Echo drawing, however I have made some slight changes to the design and would like to take the time to talk a little bit more in depth about her character. She's probably your stereotypical fresh out of collage kid without a whole lot of experience as far as work is concerned. She has always been fascinated with nature and photography, and especially enjoys nature documentaries. (It's one of her guilty pleasures.) Wanting to become a future documentary filmier, she went to a public, community collage due to herself and her family's lack of extensive wealth where she majored in photography and film, with a minor in biology. She graduated with decent grades but was unable to actually start working as a documentary filmier due to a lack of professional experience. In order to make a living, she decided to work part time at L.E.A.F industries. (League of Electric and Agricultural Findings.) Where she became a lab assistant for Crescin Deeyn. She primarily provides janitorial services for Crescin, but can and does assist her in some of Crescin's projects. Her relations with Crescin are purely platonic, and they what you could call friends, (Although they both have a massive amount of nearly insignificant quirks in their behavior that tend to provoke the other.) For instance, Dianna almost never wears more than the uniform shirt she's been given for the job, (Although Crescin begrudgingly allows this.) tends to slack off, and is somewhat childish when it comes to her mannerisms. Crescin on the other hand is not one to keep her lab exceptionally tidy whenever she's deep into her work, (Dianna will often be picking up empty snack wrappers off the floor which lay 5 feet from the trash can during these times.) and has a habit of drinking all the coffee made and then not brewing a fresh pot. Despite these factors, they still get along rather well (albeit not without a quarrel or two every now and then.) and do enjoy each other's company. As for her hobbies and activities, these include sleeping, and practicing photography, even selling her own shots from time to time in order to get some extra cash. ("Coz rent ain't gonna pay itself!") Her family relations are complicated to say the least. To start, she's Syman Echo's half sister, and the younger sibling of the two. Syman is about 8 years older than her, and they never seemed to truly bond well. They didn't hate each other, but there was definitely some emotional distance between the two growing up. She hasn't really seen him since he ditched town when she was about 12, and hasn't heard from him since. She does care about his well being though, however, she doesn't necessarily have the funds to find him, not to mention, after about 5 years with no contact or word about him, she simply presumed him dead. (Rest assured though, he is doing... not good actually. But hey! He's alive and that's important! ...Right?)

The link to the speed paint is here: youtu.be/ZT1lWQAdba0