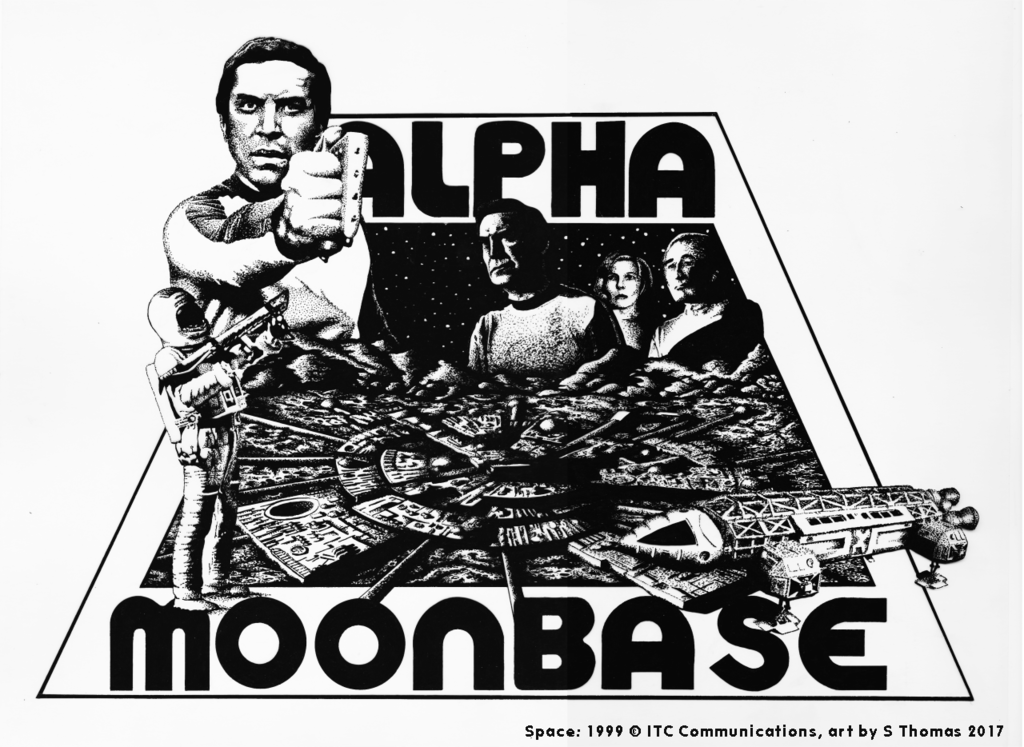 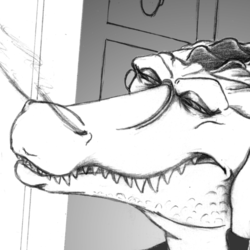 July 16, 2017 saw the loss of two greats in the entertainment industry - director George A. Romero who gave use the zombies we all know in films, TV and printed works & actor Martin Landau, best known for his roles as Rollin Hand in Mission: Impossible, Commander John Koenig in Space: 1999, and his Oscar-winning role of an aged Bela Legosi in Tim Burton's Ed Wood among many others Mr. Landau played during his long career. My first exposure to Mr. Landau's work was Space: 1999. Commander Koenig was, and still is, my favorite character from the series, that I'm still rather fond of these days despite its several criticisms. I've watched it numerous times in recent years on DVD and Blu-ray.

Many years before while attending art school, I decided to put together this pen and ink on acetate montage as a personal side project after completing a similar assignment with a different subject for class. Finding proper references was difficult in those days and I had to piece together the elements for this from photos in paperback books, a couple of clippings I had from magazines and one top down image of Moonbase Alpha from the back of a record album cover to pull it all together.

Thank you, Mr. Landau for your talent over the years and for sharing your acting knowledge and experience with others as I read several times on Twitter. Rest in Peace, Commander.