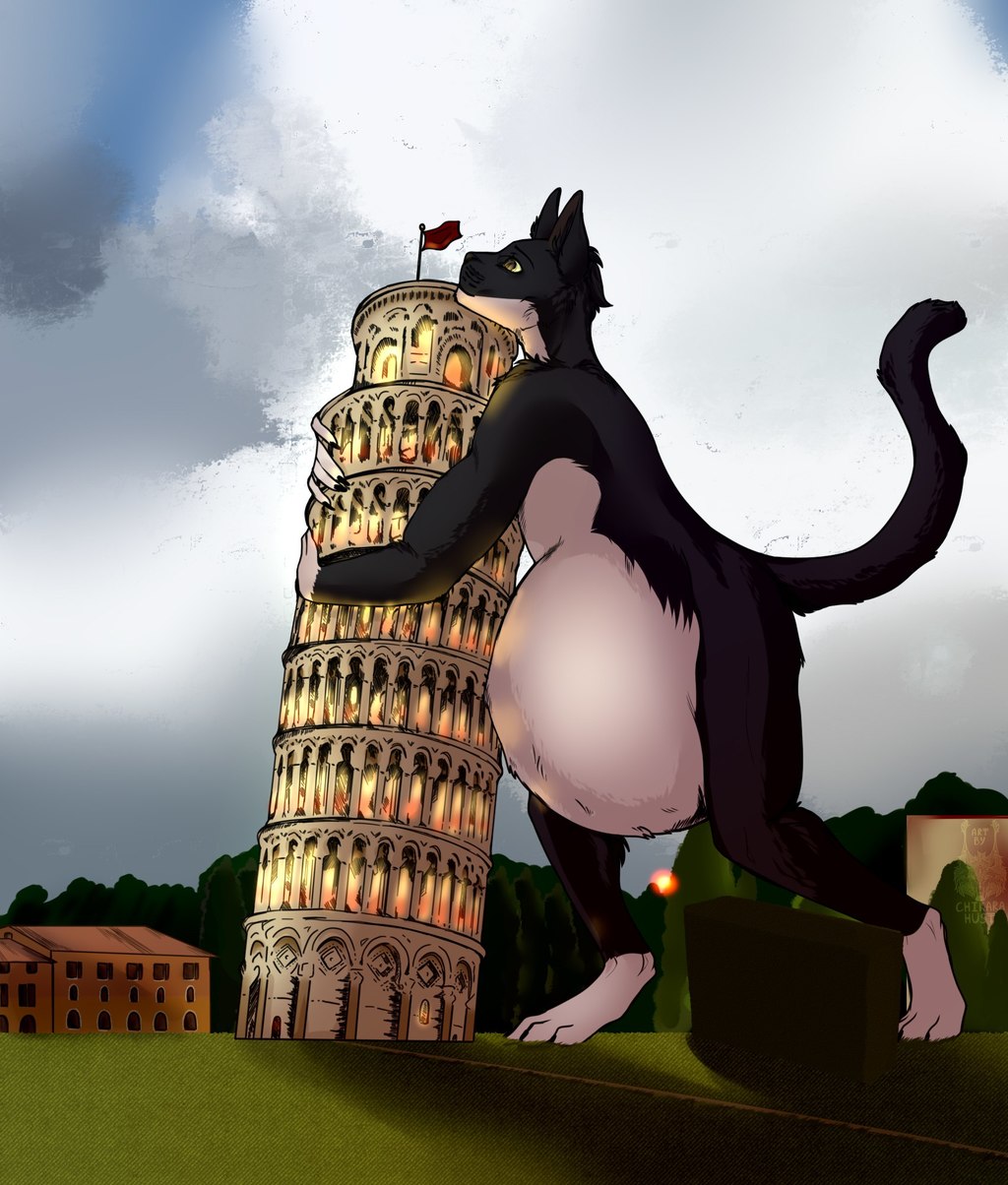 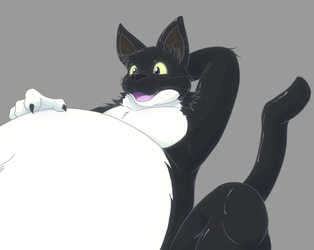 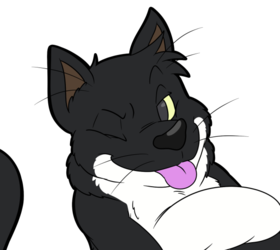 Sometimes, Devon likes to take trips around the world, see the sights and sounds. Also, he likes to gorge himself and be really huge. Here, we see him resting against the Leaning Tower of Pisa after a night filled with Italian cuisine, giving the oddly-shaped building one last hug before his farewell.

This is one example of Devon being huge. As part of his spell that Chelsea cast upon him, he can grow to insane heights and alter any part of his body at will. To be so big, he needs a sense of comparison. There'll be plenty of big-sized shenanigans, don't you worry.

Art is part of a YCH by Imperishable86 on FA