Freelance Illustrator & Graphic Designer who has a passion for Furry art. Ive been making Furry art since 2006 and have been doing commissions ever since. Always willing to draw something new as long as its legal in your country.

Most recent: Heirs to the Throne: 27 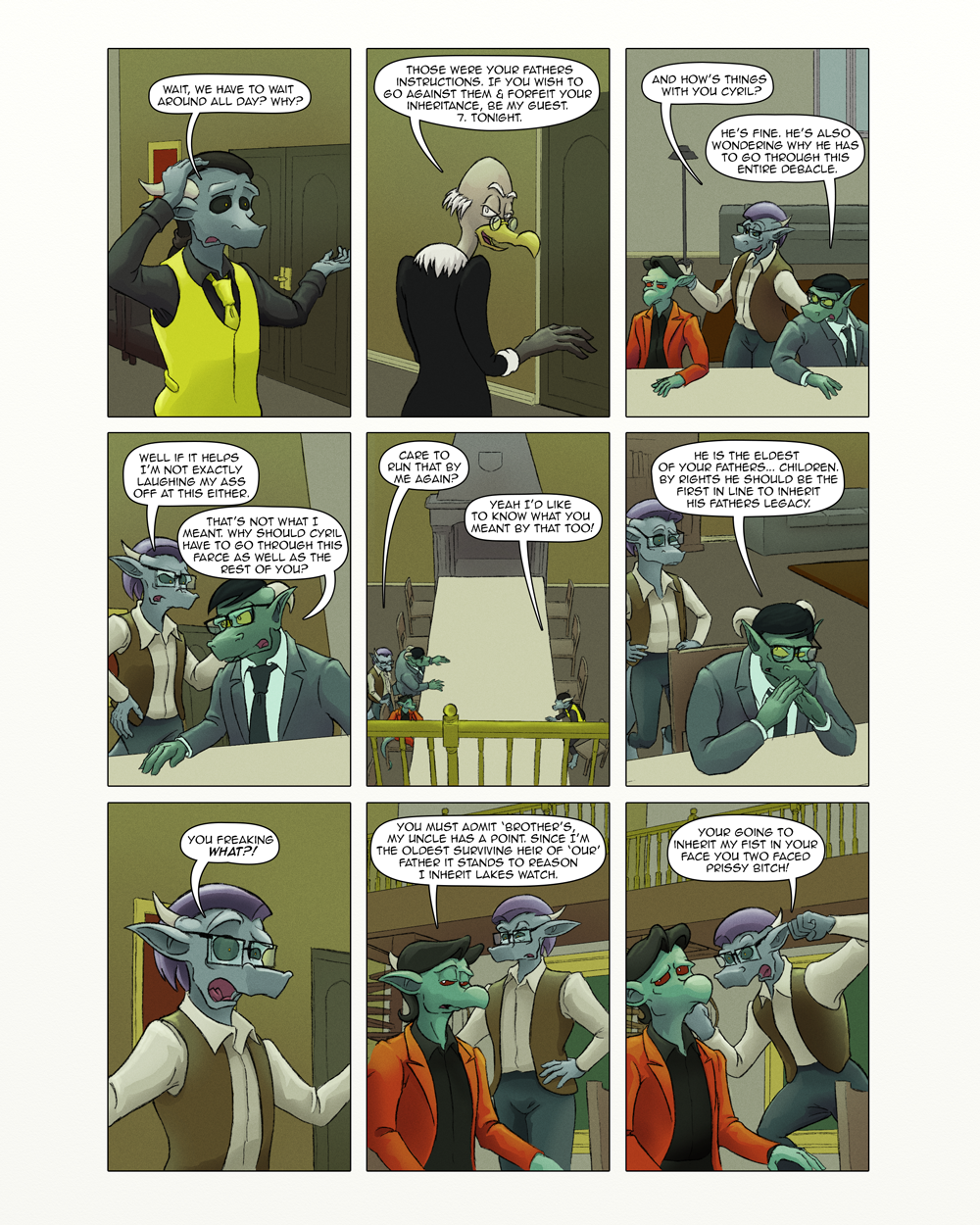 Hey gang, so, first of all, thank you & welcome to the recent influx of new followers, it honestly means the world how many people have taken an interest in my work recently. Second I wanted to give a big thanks to everyone who has been following the development of my webcomic Heirs to the Throne, a long-form murder mystery/black comedy where the main characters are actively trying to ignore the plot, & are only interested in their inheritance. I have been trying to get that project off the ground for over 10 years & have almost completed the first 2 chapters in the space of a year has been a wonderful feeling. Also having been able to move to America to get married to my longtime fan/best friend/love of my life Ajahli has been the icing on the cake, & our joint venture Lunar Blaze Studio's has been to 6 separate conventions since I got here, building a loyal following & our Redbubble store has been doing pretty damn well also. So yeah, 2017, all in all not that bad for us. So whats the plan for 2018?

Since my last journal where I was feeling a lil down about being stuck working on just the one thing for over a year & getting a bit stale, I have been producing a ton of new pinup illustrations, gifts for fellow artists that I admire & who have inspired me in the past, & it felt great to mix things up & do something different. I've enjoyed it so much that I'm planning on returning to doing NSFW art on a regular basis while keeping Heirs to the Throne going through the year. However, while both of these things won't really get in the way of me posting here, on my Patreon & other galleries that's a different story. The audience we have cultivated this past year for Lunar Blaze is awesome, supportive, but NSFW is not really something I'd want to throw at them. So I'm resurrecting my old personal Patreon at https://www.patreon.com/devillo for any and all adult content. Now, this isn't just going to be Furry art which you will find here, I'm also planning on some short Hentai comic runs with human characters, including an erotic horror project I've been thinking about for a while now. Also on the Lunar Blaze patreon https://www.patreon.com/lunarblazestudios you will be able to see all the behind the scenes work not just on Heirs to the Throne, but also The Illustrated Dracula, a project I'm planning on having completed for Halloween 2018. So in total, that's at least 3 large print projects, and a ton of standalone Illustration work that I have planned spread over the next 12 months. And this is all while I'm still unemployed, at the moment it's looking like my Greencard to work in a regular job isn't going to be a thing until March, so I'm trying to be as productive as possible before the inevitable drop off that 'real life' is going to throw.

I think that's pretty much it, I just wanted to thank everyone for their support so far, & hope you are excited as I am for what next year brings!

Im a freelance illustrator and Artist who's been doing Anthro art for about 7 years now. Been a massive fan of experimenting with all kinds of different media and styles down the line, and as a result I have plenty of experience in making the art thats right for you.

Like what you see? drop me a PM and I'd be happy to bring your vision to life.