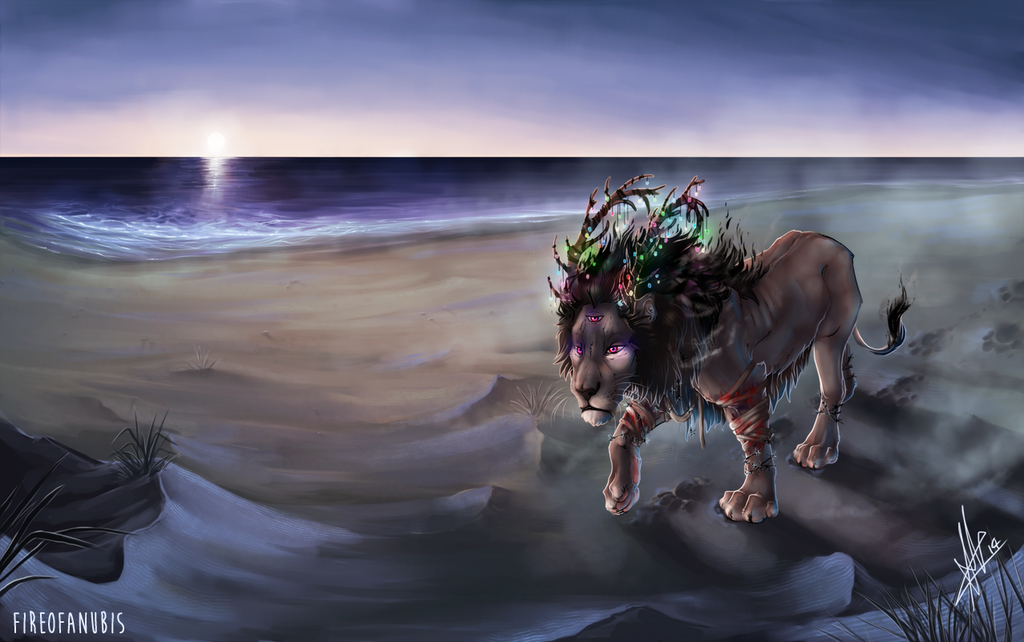 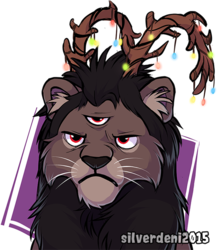 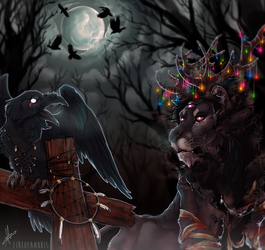 This is Malakhi, the brother of death.

Malakhi plays a role in Destiny's story and guides him sometimes. He and his brother Reaper were able to become the New Death after the old one was defeated. Reaper managed to trick his Brother to become the Death but he would never kill his Brother... or let anyone else.
Malakhi will neither drown nor starve or similar. He feels the pain and is suffering but Reaper doesn't let him die. Malakhi made himself kind of guardian. If a strong soul dies...a part of his soul crystalizes and becomes a "soulstone" (just like the stone Destiny's wearing around his neck). collects them in his antlers as you can see. A soulstone is powerful because it contains the pure energy of a once lost soul.
This energy can be used for good and evil. That's why he protects them...but sometimes the owners of the soulstones come back to life. In that case he sometimes gives them their stones back to complete them. But he never shows himself, he lives in the realm of darkness and shadows. Destiny is one of a handful livings who looked into Malakhi's eyes...all three. His third eye is an eye that sees everything. It's almost always closed or just a little opened but he can see everything with it. Angels, Demons, Ghosts, Energies...just everything, even if a person has good attempts oder bad.

His mane is kinda flaming in pure black and the wounds around his legs never heal. In this picture you see Malakhi wandering at the beach in the realm of darkness. The light at the horizon isn't the sun, it's the patch to the realm of light

A BIG thanks to FireofAnubis for drawing this masterpiece! I'm really happy how this came out. This is the first ever illustration of Malakhi.