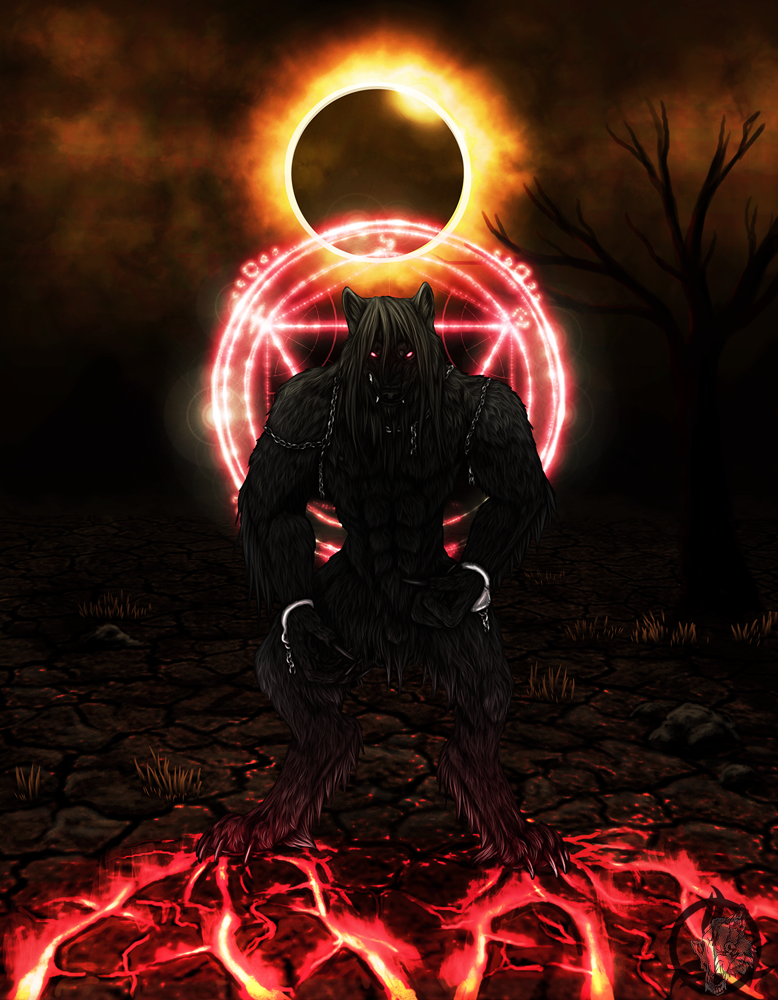 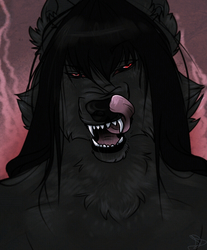 This was the first official comission of My/Destiny's dark side called "Twilight".
He is pure darkness in flesh and blood and likes to torture and kill everything that stands in his way. He is the part of darkness Destiny can't control and he has evolved and copied a part of him...his soul. He becomes a own personality, lives like a parasite and tries to take control over Destiny any time...Sometimes he breaks through and if that happens...well...you see what it looks like.

The inspiration to this picture came to my mind while listening to Samael - Antigod...Just listen to the song while looking at this picture to get the right feeling ;3

The only person who could get this picture done as it is in my thoughts was Dalkur. And he did an unbelievable job. I fucking LOVE the earth-structure and the magic circle. Twilight's calws, teeth, fur...everything punches you in the face and screams I AM THE ANTIGOD! ;)