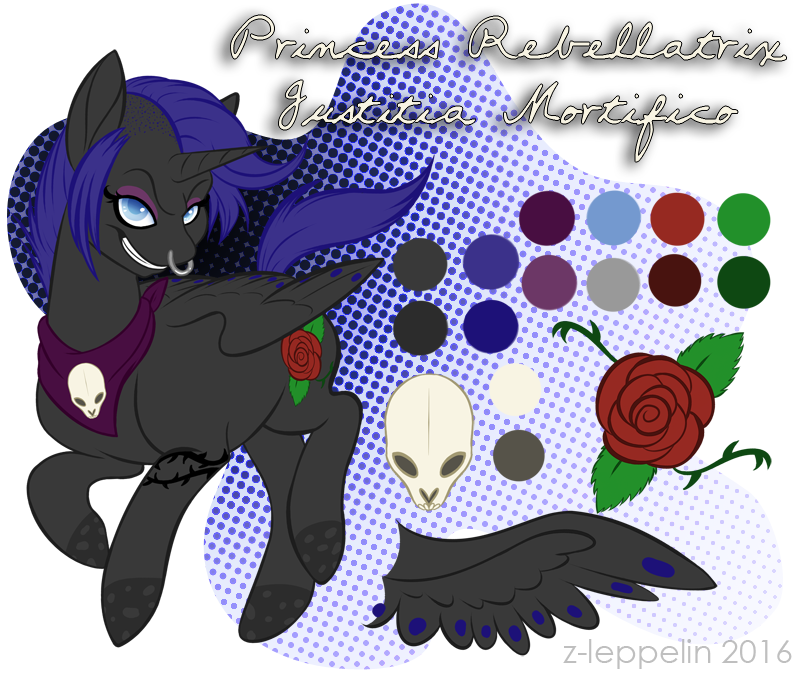 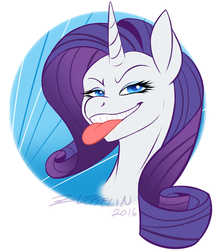 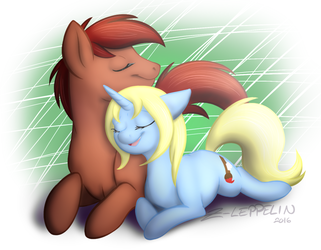 I adopted her from CastoroChiaro on dA

Rebellatrix is actually a small part changeling, on her father's side. She was born an Earth pony and eventually earned her wings and horn by proving her incredibly strong sense of justice (through kicking ass, of course). She is known as a defender of Equestria, of the weak and the innocent, whose innate physical strength rivals that of one hundred Royal Guards. Of course, she lacks strength in flight and magic, having only ever known a life without them. She's more interested in flying than using magic, however destructive magic does pique her interest.

She has a violent disposition and a short temper, but she has learned to channel it for good and takes all of her frustrations out on those who deserve it. Kind, but in a "tough love" sort of way. Rebel can be a bit abrasive when you first meet her, but after a thorny introduction, she turns into a slightly-less prickly Big Sister. However, she tends to hold grudges like none other and finds it very difficult to forgive someone who has wronged her, particularly those she once trusted. She will disguise her distrust as practicality ("how can I believe you when you lied to me before?"), but in fact she's deeply emotional and it's not hard to hurt her feelings this way.

Rebel is the leader of her own gang of rough ponies who like to kick ass and take names, but not in quite the way you might think. Her posse of paladins are called "Calamity Killers" and their signature is a skull-printed bandanna somewhere on their person and/or a tattoo of rose thorns (Rose flower not required). They consist of only Equestria's toughest and bravest brawlers, the vast majority of which fully embrace the punk aesthetic (the rest wanted to beat up bad guys but not wear the Royal Guard armor lol). There are a handful of healers who support the front line, but you still don't want to tangle with them. In fact, some of her strongest fighters are healers!

Enemies know her by many nicknames, such as "Princess Kickass", "Punk Princess", "Riot Princess", and her personally preferred favorite, "Princess Fuck You". The only nickname she's ever called by friends is "Rebel", otherwise folks use her full formal name, or simply "Rebellatrix".

A lot of her personality was based off of the Riot Grrrl punk aesthetic, particularly bands like Bikini Kill and Pussy Riot. If she takes off as a character I just might make a group for her gang lol, though not likely because idk how to run a group lmao