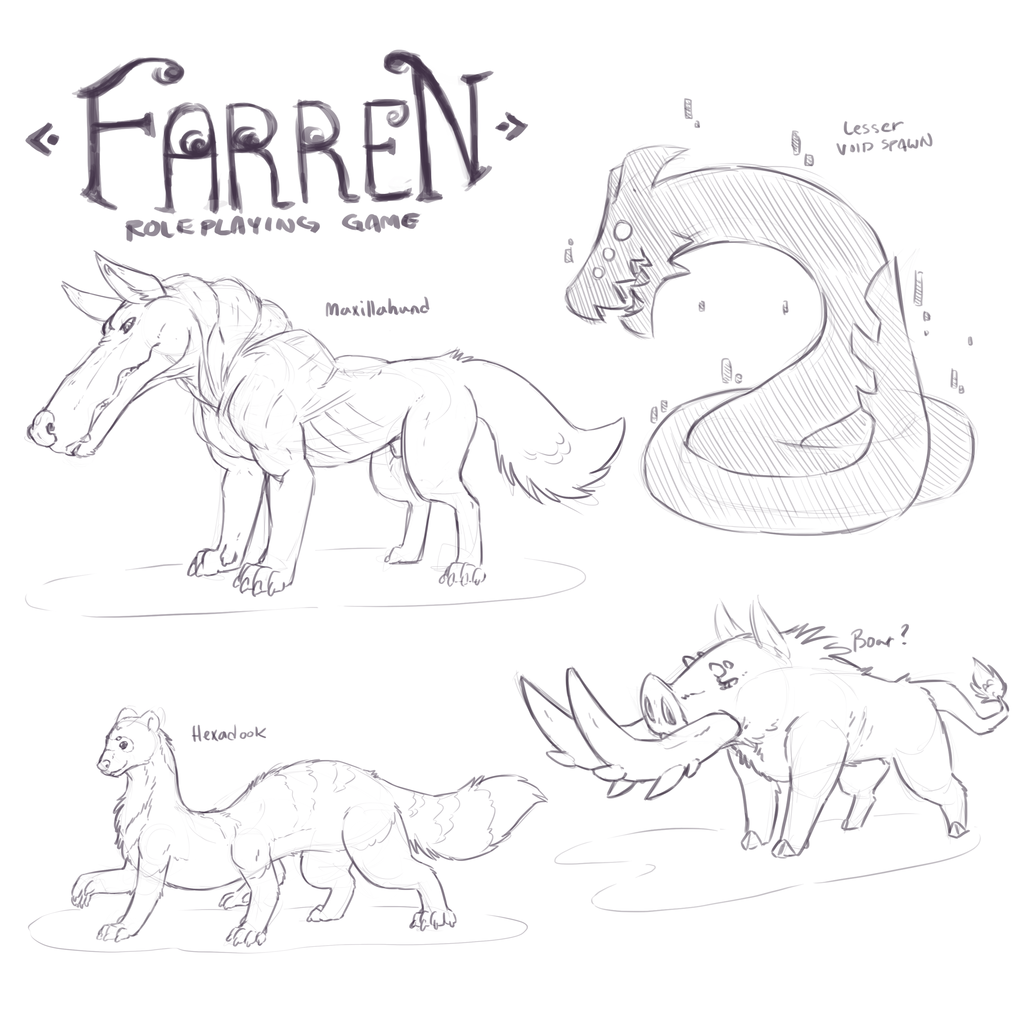 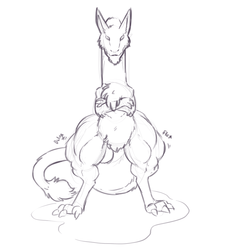 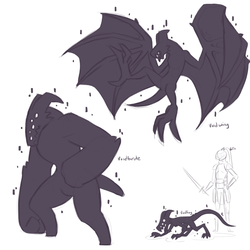 Not many of you probably know, but Wayfarer has needed a name change for a while now - on account of there being several games and things with similar names. Wayfarer's Song, Wayfarers RPG and another thing I can't remember being among them.

So, I've settled on the name Farren (or Faren, I'm not sure if I want 2 Rs or just one), but either way, this is the logo I'm considering for it. It's still rough, and needs some leaning up, but what do you think?

Hence forth projects related to the game previously known as "Wayfarer" or "The Wayfarer Project" will now be labeled Farren.

As for the other things in the picture. The Maxellahund is a hound with a massive, powerful set of jaws, and grotesque muscles o support it. It's probably about as tall as a man at the shoulder, so I'd imagine it'd make a frightening enemy. It can also use that huge snoot as a bludgeoning weapon.

The thing under it is a Hexadook, a hexapod ferret creature used as a mount by some of the smaller races. Next to that is some kind of... boar? Nothing really unique about it other than it's frightening tusks, and inability to eat because of them. And above that is some sort of void creature. Dunno. More on that when I have more information.

What do you think? feel free to share your opinions!