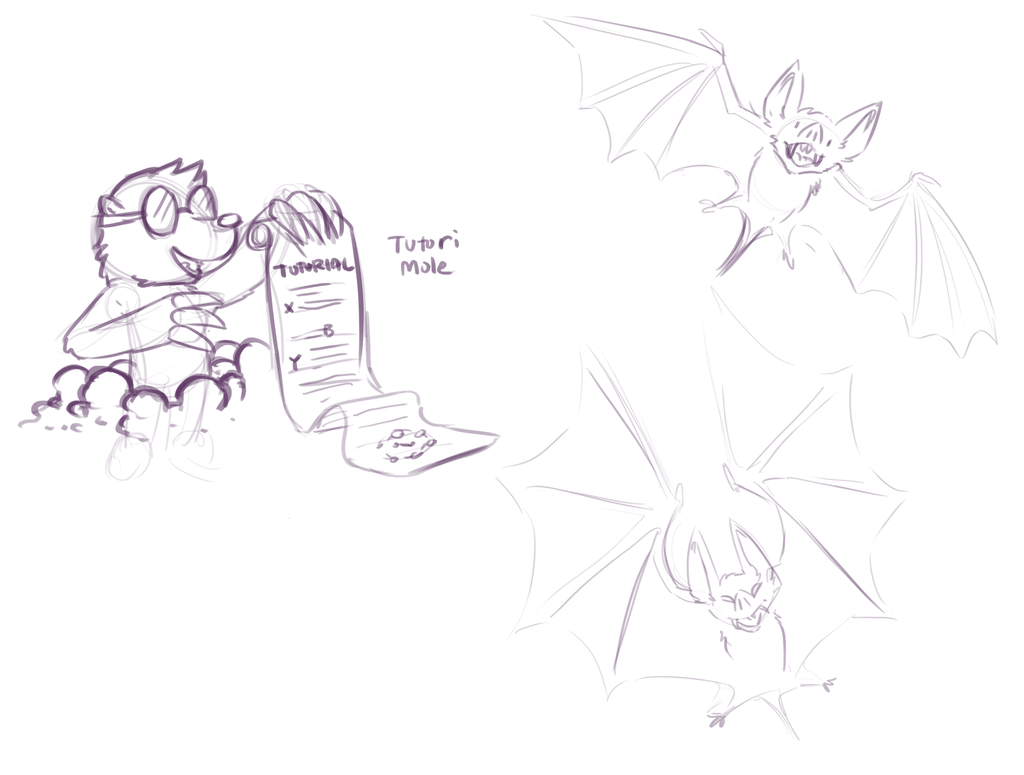 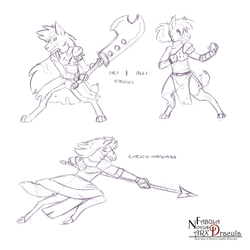 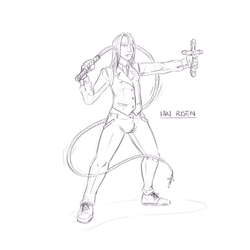 The only significant thing on this page is the TutoriMole - a concept I thought was really clever when I first thought it up, but I now cringe at.

The idea is that he's an NPC that you talk to to get tutorial details on things like elemental weaknesses, general concepts fo combat and shit like that. Maybe I'll name him Tutori, and he'll be a Mole, so his name will be a pun, instead of his species.

Then I also drew some bats. they're cute.