Circe and Anubis by DeltaStarling 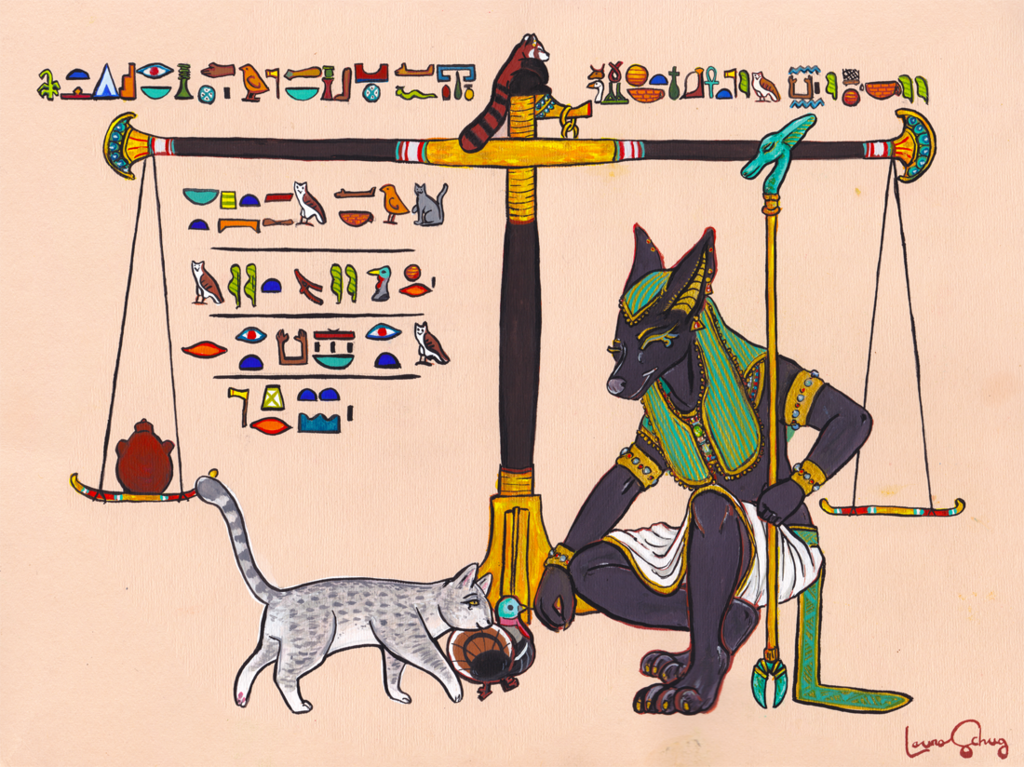 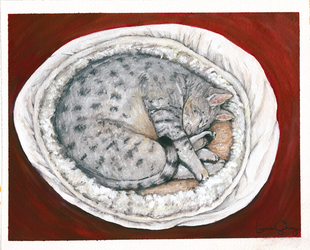 A pretty late piece for was1 on FA that had a wee curse, as in I kept having bumbles, or in once case bumped my art table with my butt vacuuming and my ink bottle for another project was not fully closed...and fell on it =v=;;

This is all in gouache paint. I did not do the strokes the way you should but eh, I don't think most people are going to notice. It is the weighing of the feather, but I thought it would be cute to have Circe giving her stuffed turkey friend to anubis. One, feather wit, second, you do give offerings of all that is pure and good so <3

I took the time to learn basic hieroglyphics and the grammar as a language (but lazy) dork with pride. So it actually does mean something. The top is a typical offering formula but it was still confusing to find the various parts to change a few parts to it... so it is more a generic offering prayer. It was hard to find academic (and free) sources that were not for children/inaccurate translators. I had to use way back machine to load up web-chain days free sources of back when learning was a share/geek thing.

it says "an offering that the king (because I didn't find a lady term) gives to osiris, the lord of the west of ta-netjer, the lord abydos. 1000 invocation offerings, bulls and birds and every good and pure thing on behalf of the one who is venerable with anubis, who is up on his mountain, the royal seal bearer, the sole friend of the king, the overseer of the royal audience room, and some person's name true of voice." ( which is a typical prayer)

The bottom part was my attempt at grammar. "behold I am here, mistress of the heavens (female cat) true of voice to do any task that is done in the underworld (to give a bird/turkey) beloved of."