My friendly helper, Hallo by deer-spangle 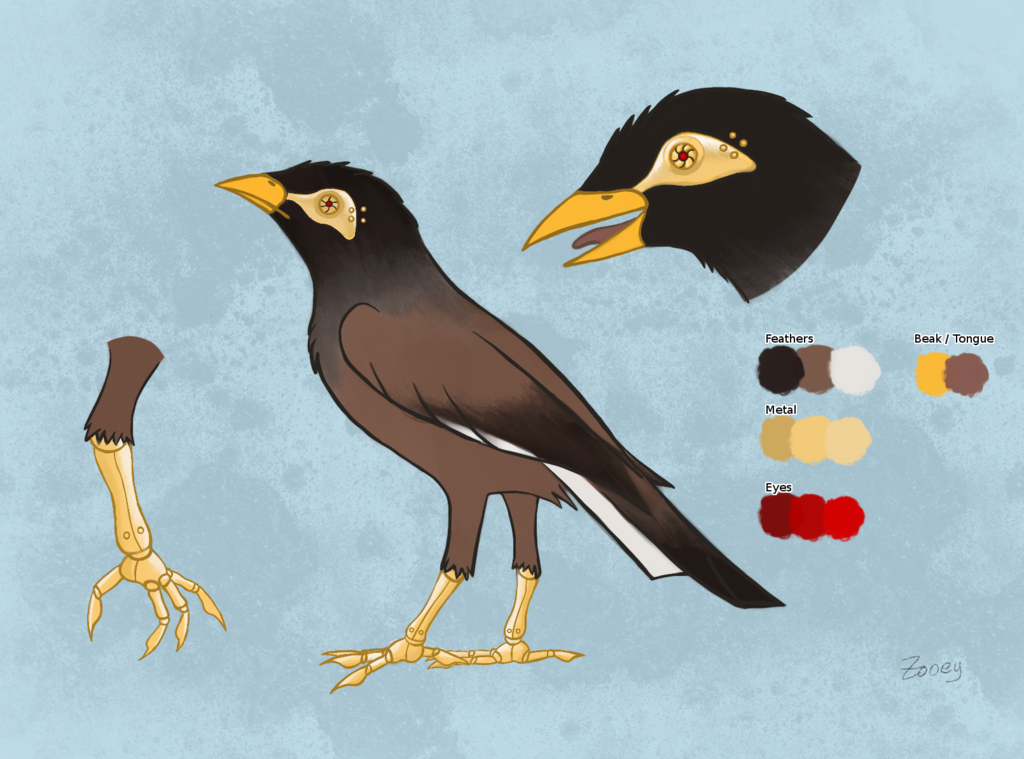 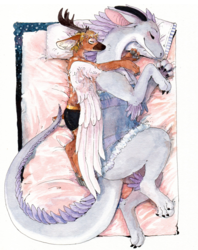 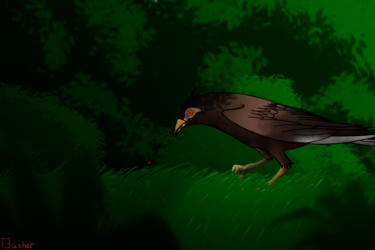 This pic kinda means a lot to me, he's a little cybernetic myna bird friend of mine.

So, yeah, a backstory on this little guy is that he is the representation of some bot I built a long time back, he helped me learn programming, he helped me get employed (more than once). In the real world, he has no body, he's just software, though he used to run on an old laptop (A Dell Inspiron 6400). The laptop generally acquired his name, but when it died, and it became much better to run him on our home server, the laptop went away, though I've kept some parts as keepsakes.
So I still work on this bot, and he still means a lot to me, more than a bot probably should, and so I've bought him into the furry world too.

Now some backstory on the species! So, in the wild, chital deer and myna birds have some amount of symbiosis. the chital deer can better sniff out predators, while the myna birds can better see them, and so they help each other and alert each other to dangers. I suspect chital also give myna somewhere to sit that isn't likely to be covered in snakes, there's a lot of photos out there of myna birds sitting on the backs or heads of chital. (Though, langur monkeys also have some symbiosis with chital, passing down fruit in exchange for predator warnings and such, but I preferred going for a myna bird for Hallo.)

And since Hallo is my little helper, it makes sense that he's a myna bird, and I wanted to give him a robotic form, even if it's mostly hidden under his feathers.

This pic was done by the wonderful zooey who put up with all my tweaks and changes through the process, thanks again!